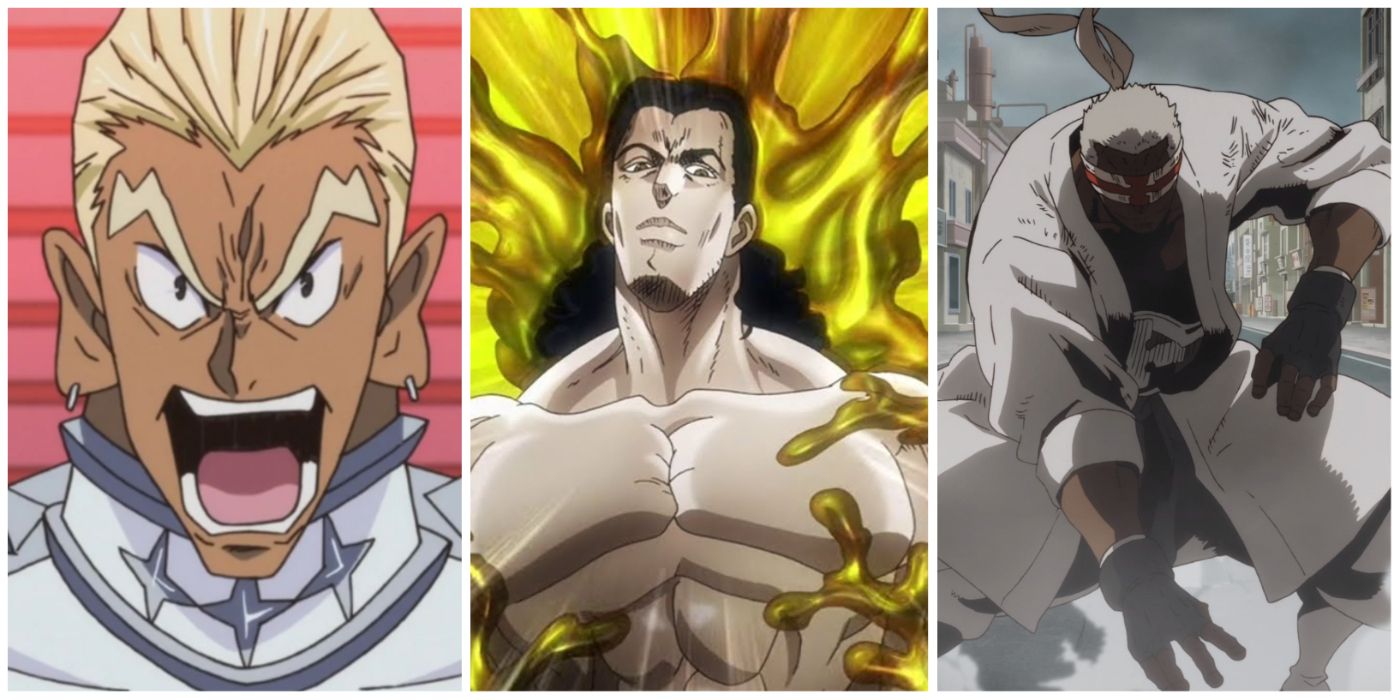 Anime fights are usually considered most entertaining when there are high stakes. Characters clash with one another with overwhelming offensive force, each dealing attacks that could become a death blow for their opponent. Some combatants even battle with enough force to reshape the earth around them.

However, a few individuals have an entirely different way of fighting. Instead of attempting to dominate the battle with force, they rely on their uncompromising defenses, often since their offensive toolkit doesn’t measure up. These characters show off the merits of a cautious and conservative fighting style.

Gluttony’s bulbous body and lumbering movements do not bode well for his offensive potential. Though his saliva can dissolve anything, there are few instances where he’s nimble enough to actually make use of it. Nonetheless, Gluttony can open his chest to create a dark portal for those who come too close.

This sucks allies and enemies alike into a dimension once thought impossible to escape from. Therefore, Gluttony is drastically more dangerous than his sluggish movements and speech would suggest, especially in close-quarters combat.

Despite being commonly considered the weakest member of the Akatsuki, Hidan’s immortal body is a massive advantage. It means that he can withstand an outstanding amount of abuse while getting a sample of his opponents’ blood.

From there, he can stab himself in order to inflict the same damage on the affected shinobi. Given his impervious nature, this will kill his opponent without actually damaging himself. However, since it requires him to stand in a sacrificial circle, Hidan is best paired with a partner that can mitigate and redirect enemy attacks.

8 Nnoitra’s Hierro Was The Hardest Of The Espada (Bleach)

Nnoitra may not have had Barragan’s senescence, Starrk’s reflexes, or Yammy’s destructive power, but he made up for it with his Hierro. Known as the most durable member of the Espada, his “Iron Skin” proved so impervious that even Kenpachi had trouble damaging him.

Although Nnoitra can multiply his arms and unleash ceros, his offensive toolkit is far less creative and versatile than every other member of the Espada. It makes him a straightforward warrior that can only defeat opponents with raw strength and brutality, rather than intelligence.

Most members of the Holy Knights had one ability that they perfected. In Griamore’s case, his magical shields were so powerful that they could even ward off the Ten Commandments. However, despite Griamore’s size, he had no actual offensive spells to balance him as a credible threat.

RELATED: 10 Anime Villains Who Are More Silly Than Scary

Instead, he relied on Howzer and Gilthunder in order to inflict damage for him. Although they are an incredible team when paired together, Griamore’s reliance on his comrades does not portray him favorably, especially as the son of a grandmaster.

6 Pica Used His Size To Reduce Damage (One Piece)

Based on Pica’s amazing size and strength, one might assume him to be a great offensive fighter. However, his mass is a blessing and a curse since it makes it significantly harder to injure small targets. On the other hand, Pica’s defenses are among the best in the series.

Since he can divert his consciousness to any part of his stone form, the damage inflicted against him is almost completely negated. He would fare well in a battle of attrition against most opponents since they cannot break him faster than he can regenerate.

Charon was known as the White-Clad’s protector. Hulking and powerful, his Ignition Ability allowed him to absorb and reflect enemy flames. This negated almost every ability in his adversaries’ arsenal, prompting a physical altercation that they weren’t likely to win.

RELATED: Fire Force: The 10 Strongest Members Of The White-Clad, Ranked

Should an enemy refuse to hit Charon, he has a number of subordinates that will deliberately punch him in order to charge up a powerful attack. As a result, Charon is extremely difficult to deal with due to his physical gifts and supernatural resilience. Even successful attacks will be quickly punished.

Reiner’s armor is a double-edged sword. On one hand, it significantly increases his durability and makes him immune to most attacks, like Scout blades and unhardened titan punches. However, it also slows him down to such an extent that Eren can consistently outmaneuver him.

While Reiner is excellent at bursting through walls and throwing tanks, he lacks the skills and speed necessary to remain viable against other titan shifters. As a result, he fights at his best when there are allies available to cause damage while he distracts his opponent.

Kirishima’s “Hardening” quirk renders him Class 1-A’s most reliable shield. Throughout the series, he has been able to take a steadily increasing amount of abuse. The young man even developed an ultimate form that he used to resist professional villains like Rappa.

Although Kirishima was strong enough to defeat Tetsutetsu in an arm wrestle, he has no mobility, and his punches are sloppy. Worse yet, he loses his hardening if he overexerts himself, which means that he must choose how he engages with villains carefully.

Rubber Soul’s “Yellow Temperance” Stand made him an unbeatable defensive fighter. Anyone who touched him would immediately be infected by the ooze. It gradually crawled up its victims, spreading across and devouring them until they were hollow shells.

However, Soul’s Stand has no offensive abilities of its own. Instead, he relies on being within proximity of his victim in order to infect them. As a result, his potential is seriously limited against opponents like Kakyoin who do not need to get in close in order to attack him. Though he might be able to protect himself, he has no way to fight back.

Gamagori’s fighting style was flagrantly unfair. When surrounded by life fibers, he became virtually indestructible. Opponents who attempted to hit him would be met with greater force, as per his special ability.

Should they attempt to ignore Gamagori completely, he can assail them with stinging whips until they finally make a move. The only way that Ryuko was able to defeat him was by attacking the man from inside his own suit. However, Gamagori has no other weaknesses and is easily the greatest of the Elite Four.