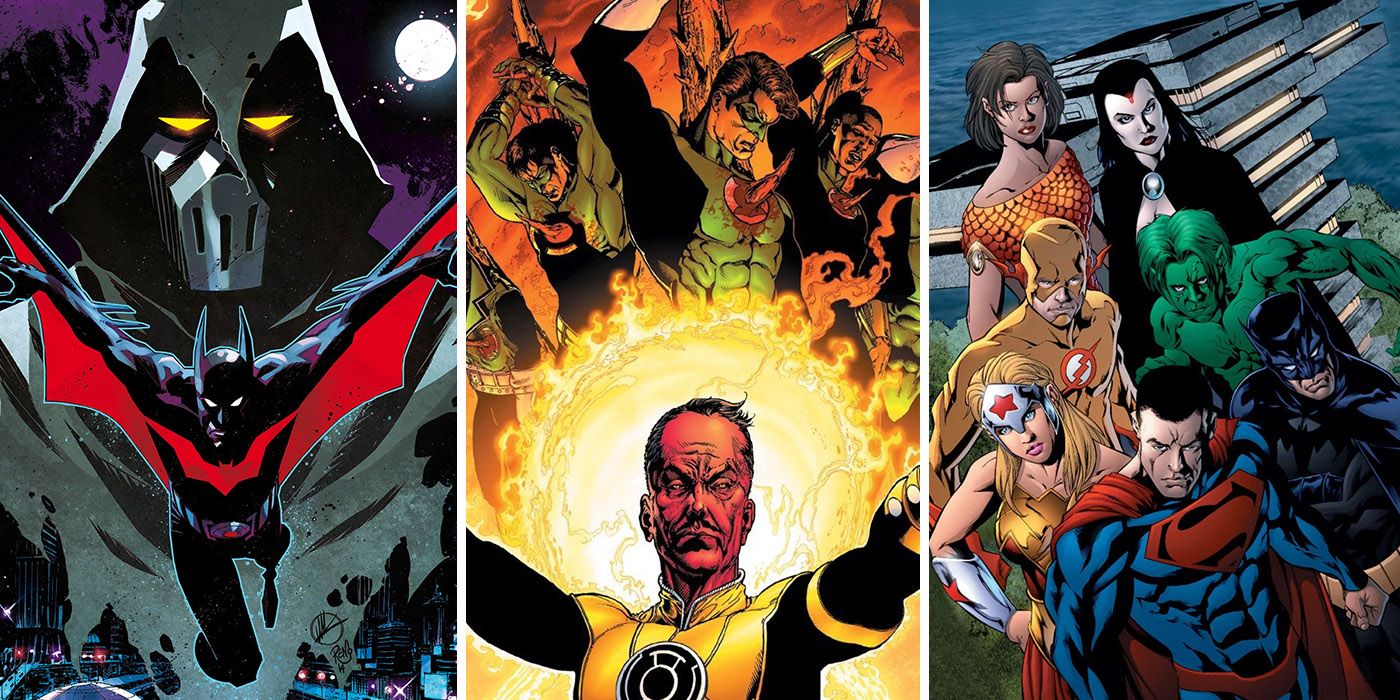 While the world eagerly awaits the releases of WB Montréal’s Gotham Knights and Rocksteady’s Suicide Squad: Kill the Justice League, fans can access the large library of existing games based on DC Comics properties. The Arkham franchise remains one of the greatest video game series of all time, outshining games like Superman for the Nintendo 64.

RELATED: 10 Batman Comics To Read If You Miss The Arkham Games

Previous video games have adapted comic book stories such as “The Death of Superman” and even films like Batman Begins and Superman Returns. The library of adaptable DC Comics storylines is vast, including adventures that span DC’s past, future, and multiverse, and game developers have barely scratched the surface.

The “Death of Superman” was a memorable DC comic from the 1990s, and the “Return of Superman” featured a plethora of new, interesting characters like Steel, Superboy, and Cyborg Superman. These stories have already received a game adaptation, but they’re certainly worthy of a modern reinvention.

9 Blackest Night Would Be A Grand-Scale Video Game

RELATED: 10 Comic Book Weapons That Are Too Powerful For Their Own Good

During the Blackest Night event, deceased heroes and villains rise across the DC universe, forcing alliances between the various Lantern Corps. Thanks to Unreal Engine 5 and modern gaming systems, developers can capture the narrative’s open-world feel, allowing players to immerse themselves and explore the galaxies.

8 “Arkham Beyond” Could Adapt Batman Beyond 2.0

In 2013, DC Comics published a successful digital-first series called Batman Beyond 2.0, primarily written by Kyle Higgins and illustrated by Thony Silas. The series ran for 40 issues and followed the continuing adventures of Terry McGinnis and Bruce Wayne after the events of the animated series.

2.0 included the best villains from the Batman Beyond series like Inque and Spellbinder, and it even featured appearances from the Justice Lords. Fans have been called for an Arkham-style Beyond game for years, and Batman Beyond 2.0 would be the perfect source material for such a project.

7 Flashpoint Could Take Players To A Dark Alternate World

The New 52 was an extremely divisive era for DC Comics. It introduced new versions of characters and teams, like a new Wally West and a new Teen Titans team, while it erased old characters and romances from the timeline. Flashpoint launched the New 52 with an explosive miniseries.

After Barry Allen traveled back in time to save his mother, he inadvertently changed history. Fans fell in love with Flashpoint‘s new characters, specifically Thomas Wayne’s brutal Batman. Game developers would attract many fans by giving them the opportunity to control these dark versions of their favorite characters in an alternate world.

The Arkham games aren’t only some of the best superhero games of all time, but some of the best video games in general. Rocksteady and WB Montréal delivered on their promise, helping players to “Be the Batman.” While those games proved revolutionary and iconic, they limited players to specific settings.

From the asylum, to the city, to all of Gotham, Arkham‘s settings were iconic, but the next Batmangame should take players to new locations. “The Return of Bruce Wayne” would be the perfect model for a bold, new game series, letting players travel the past, present, and future of the DC universe.

Geoff Johns crafted some incredible DC Comics in the past two decades. His work on Teen Titans and Justice Society of America revitalized those teams and turned lesser-known characters into household names. “Titans Tomorrow,” ran from Teen Titans #17-19; featured art by Mike McKone, Marlo Alquiza, Jeromy Cox, and Comicraft; and became one of the best Teen Titans stories Johns ever wrote.

The Titans haven’t headlined a video game since the Teen Titans game based on the popular animated series released in 2006. “Titans Tomorrow” features future versions of the team who grew up to become darker members of the Justice League. Like Injustice, developers can craft “Titans Tomorrow” as a fighting game that pits the League against the Titans’ older counterparts.

The era that featured Dick as Batman with Damian as his Robin was beloved by fans. Grant Morrison’s Batman and Robin run proved action-packed with a lot of heart. A Batman and Robin video game could bring all the spectacle and attention to detail the Arkham series was praised for.

3 “Gods And Mortals” Would Make A Great Wonder Woman Game

Monolith Games is currently developing an untitled Wonder Woman game with an unknown release date. DC Comics has published plenty of fantastic Wonder Woman storylines the developers can pick from, but “Gods and Mortals” by George Pérez, Greg Potter, Len Wein, and Bruce D. Patterson stands above the rest.

“Gods and Mortals” is a grand-scale arc featuring all the major players from Wonder Woman’s world, including Athena, Hera, Steve Trevor, and Ares. Wonder Woman’s stolen the show in games like Injustice, but it’s time she received her own video game.

2 The Legion Of Super-Heroes Deserve Their Own Game

RELATED: The Most Obscure DC Superheroes With The Weirdest Powers

“Superman and the Legion of Super-Heroes,” created by Geoff Johns, Gary Frank, Jonathan Sibal, Rob Leigh, and Dave McCaig, is the perfect model for an adaptation. The Action Comics issues feature Superman, an iconic character who can help sell the game, traveling to the future to help the Legion. This will allow the game to explore DC’s future, showcasing characters and settings games have never highlighted.

The “Sinestro Corps War” was a crossover comic event that spanned 11 issues from Geoff Johns’s Green Lanterns, Peter Tomasi’s Green Lantern Corps, and various one-shots. In the event, Sinestro finally wielded a power great enough to challenge the Guardians of the Universe. With the combined might of Superboy-Prime, the Anti-Monitor, and a Lantern Corps of his own, Sinestro invaded Oa and Earth.

Several DC characters appeared in this event, from Lanterns to Justice Leaguers. Developers could take additional inspiration from existing games like X-Men: Legends or Marvel’s Ultimate Alliance series to craft an epic game with an expansive roster of playable heroes and villains.

NEXT: 10 Justice League Runs Every Fan Should Read