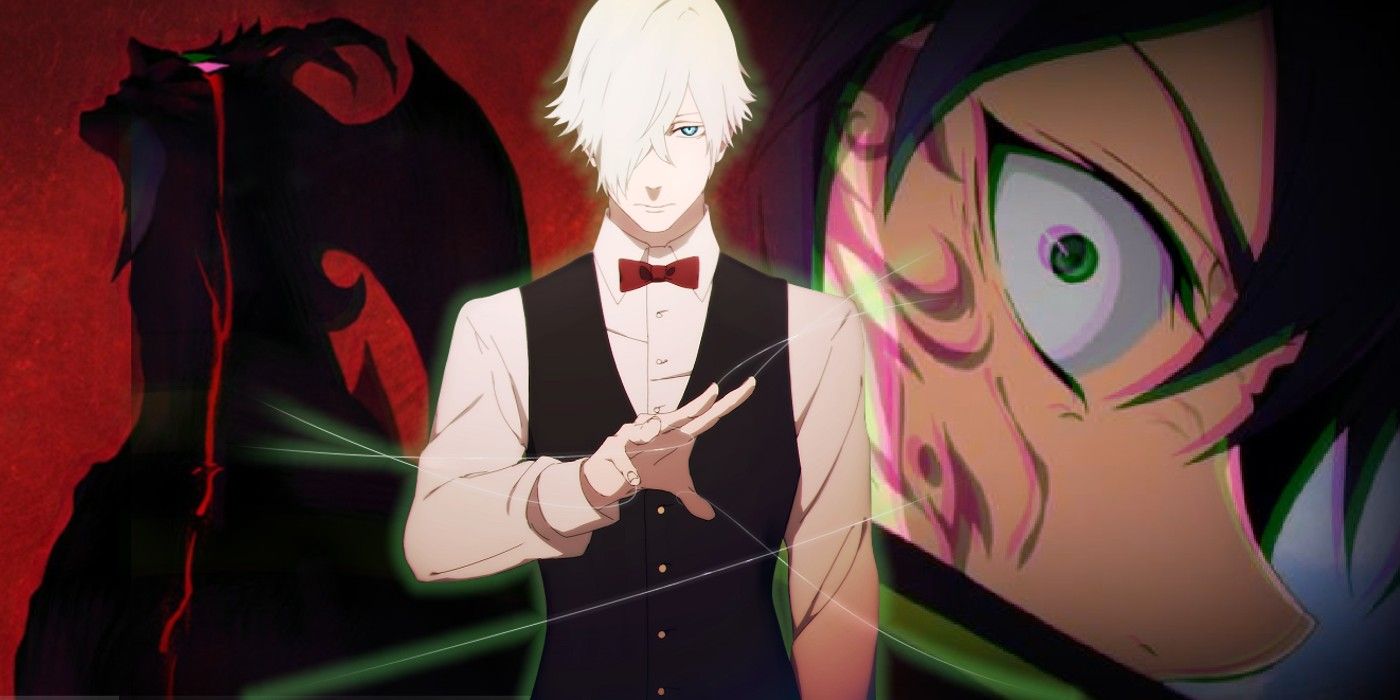 Horror is an underrated genre, especially in animation where the possibilities are endless. It can tap into the viewers’ deepest primal fears of what goes bump in the night. When done right, horror can be effective and introspective. But, when done wrong, it can be bland and insulting, both to the genre and horror enthusiasts.

Sometimes, horror dares to hold a mirror up to society, reflecting its flaws most refuse to acknowledge, or enabling the audience to confront their own personal hidden secrets kept buried. For better or worse, some horror anime have risen to redefine their mold, challenge their limitations, or completely forget the rules that existed in the first place.

10 The Rules Crash & Burn In Mars Of Destruction

Set on an Earth threatened by an extraterrestrial force, Mars of Destruction is about a specialized team created to defeat the invaders. With a 20-minute runtime, the OVA jam-packs itself with a convoluted plot and a mess of rules that it doesn’t bother to follow.

The protagonist, Takeru, and the three women who aid him are trained professionals. Despite their strict years of discipline and knowledge of the enemy’s weaknesses, Takeru and his companions are incompetent in combat. Often, the characters are immobile and helpless as their opponents overpower them as if their training and preparation are forgotten. That, or Mars of Destruction simply forgot to reinforce its established rules of the character’s capabilities.

9 Shiki Is A Hidden Drama Under A Horror Veil

While a sleeper hit, Shiki cemented itself as a bona fide horror adaption with its visuals, creepy pacing, and ominous tone. However, there may be a concealed genre bubbling under the surface. Shiki sets its eerie tone early on, with its isolated small town, mysterious out-of-towners who recently moved in, and a slew of missing persons.

RELATED: 10 Anime That Turned Into A Different Show Halfway Through

As the story unfolds across multiple character perspectives, Shiki manages to shift into a drama as the remaining villagers and vampires progress through their own growth, development, or fracturing morals. Transforming from its horror-centric atmosphere into a melodrama, Shiki revamps its metaphorical box into a new genre,invigorating the series with fresh blood.

In the afterlife, people are judged by a series of death games before they are granted a second chance at reincarnation or sent into permanent oblivion. Death Parade largely follows Decim and his assistant, Chiiyuki.

It’s gradually revealed that Decim strains age-old policies as he attempts to judge Chiiyuki. As Decim grows human emotion, he begins to defy the system when she points out its flaws. It’s likely that after Chiiyuki’s emotional departure, Decim will be mixing his own cocktail of rules outside the ones set previously.

A derelict building or an old school rooted in history have fostered their own brew of clichéd conventions in anime, such as urban legends of ghosts or beliefs about how to summon them. Toilet-Bound Hanako-kun initially appears to follow this with its own cast of specters haunting the halls of the school, Kamome Gakuen, forced to follow their specific rules whenever their lore morphs.

However, all of that is rattled when Hanako, the leader of the Seven Mysteries, demolishes each of the school’s Seven Wonders realms to counteract Tsukasa’s, his twin brother, mysterious scheme. With the familiar cushion of this trope gone, it allows the series to renew its focus and its world-building from the ground up.

When a series called Vampire Holmes is released, it must be a loose adaptation of the classic mystery-solving super sleuth. Unfortunately, that isn’t the reality here. From the get-go, Vampire Holmes doesn’t even follow the basic premise set by its title. Something so elementary, it’s almost unbelievable it was entirely discarded.

Throughout Vampire Holmes, Holmes only solves one case, while the rest is filled with mindless filler and shameless advertising for the mobile app. Also, there are no vampires whatsoever. It seems the Case-Of-Fundamental-Storytelling-101 will remain an unsolved mystery.

5 Seraph Of The End: Yuichiro Makes His Own Rules

Seraph of the End: Vampire Reign is about protagonist Yuichiro, who sets out for revenge to eliminate every vampire after his chosen family was slaughtered. During his journey, Yuichiro joins the Moon Demon Company and begins to care for his teammates, oftentimes challenging his universe’s system.

RELATED: 10 Shonen Anime That Broke Their Own Rules

For instance, Yuichiro makes a deal with his demon sword, Asuramaru, and transforms into a demon several times throughout the series. It’s established this is a feat never before achieved. It seems when it comes to those Yuichiro cares about in Seraph of the End: Vampire Reign, he bends the rules of his apocalyptic world, leading Yuichiro to be a somewhat overpowered character.

4 Parasyte Contradicts Itself With Empathy

Parasyte: The Maxim centers on Shinichi, an average 17-year-old, until one night he, and millions across the globe, are infected by alien-invading parasites. The key difference is that Shinichi and his parasite, Migi, retain their separate intellects. Throughout the series, Migi repeatedly states their kind is incapable of emotion; their sole purpose is to survive.

Contrarily, Migi frequently assists Shinichi in defeating other infected humans. In the end, Migi selflessly rescues Shinichi’s girlfriend before returning to being dormant, allowing Shinichi full autonomy. Unwittingly, Migi becomes the exception to the rule, possibly the only parasite that has gained a semblance of emotion and empathy.

Oftentimes the most unassuming are those with the strongest hearts. And this applies to Akira from Devilman Crybaby, who becomes possessed by the demon Amon. It’s Akira’s human heart that overpowers Amon, allowing him to wield control over his demonic powers.

While other devilmen are introduced throughout the series, they eventually succumb to their demonic counterparts. Due to the prejudice between humans and devils, most believe coexistence is impossible, with both sides redefining what it means to be a monster. The only one who remains obstinately human is Akira due to his compassion. Akira becomes the exception, a devil with a human heart, reshaping his limitations as he embodies humanity itself.

In a beautifully gothic landscape, a dhampir by the name of “D” is hired to find and retrieve Charlotte, who had been kidnapped by the vampire Meier. Vampire Hunter D: Bloodlust is praised for its grim visuals, dark themes, and macabre storytelling.

Therefore, it’s a surprise to viewers when the famously touted gothic-horror film unfolds into a tragic love story. It’s revealed Charlotte left of her own volition with Meier as they had fallen in love, which is woefully cut short when she unexpectedly dies. Vampire Hunter D: Bloodlust shields itself as a gruesome horror film when it actually has an emotional romance tucked within its folds to shatter its horror-defining restrictions.

1 The Script Of Ghost Stories Rewrites Its Rules

Ghost Stories is a children’s horror anime about a group of kids encountering ghosts and ghouls. It’s an anomaly that this anime exists in the first place. Not because of the plot or characters — but because of the English dub.

In an interview with Youtuber Red Bard, director Steven Foster shared they were given a few conditions for the translation. This meant the rest was up for Steven’s creative liberty. Collaborating with the voice actors, Steven and his team shaped the script into what it’s famously become. Complete with fourth-wall jokes, politically incorrect gags, and absurd antics the original storyline and in-universe rules of Ghost Stories are reinvented on a meta level.