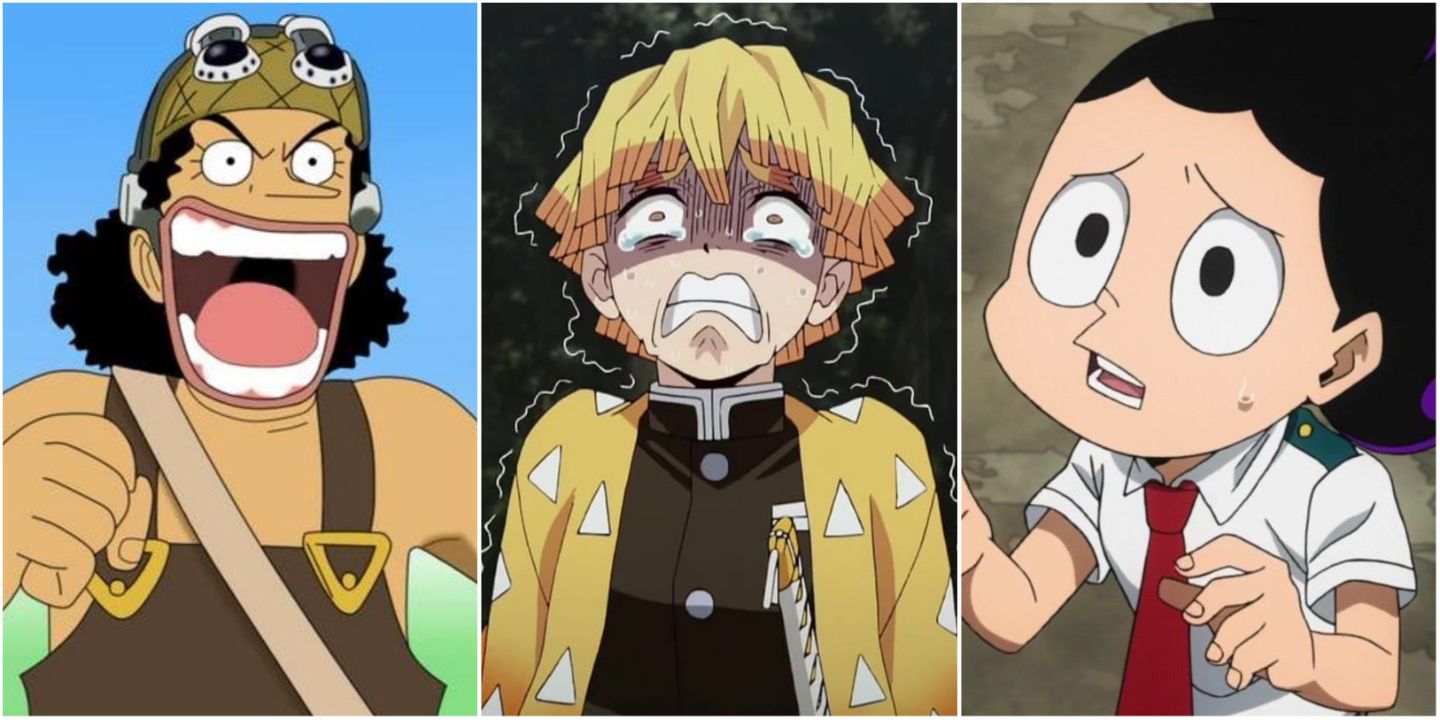 Anime protagonists are known for having epic entrances that thrill fans and prepare them for the awesome events that’ll soon unfold. With their heroic nature on display, those entrances serve as benchmark moments that prove just how awesome those characters are. On the other hand, some characters possess unfortunate entrances that lack heroic mannerisms and don’t impress.

Sometimes there’s a journey that protagonists have to undergo to reach their full potential. Once they’ve gone through that transformation, they eventually become heroes with amazing entrances of their own. Until then, however, memories of their entrances that weren’t very heroic still linger for fans to remember.

10 Mumen Rider May Be A Hero At Heart, But His Entrance Was Brutal (One-Punch Man)

He may be a man without superhuman strength, but Mumen Rider never backed down from a fight. Although he’s admired for his bravery and having a big heart, his so-called heroic entrance in One-Punch Man wasn’t very successful.

Citizens were relieved to see Mumen Rider’s entrance when the Paradisers showed up. After he dismounted his bike and went over to the Paradise Group, he confidently assumed a fighting stance. The next scene, however, pictured Mumen Rider lying on the ground in a pool of blood. As heroic as Mumen Rider was, his entrance didn’t turn out to be the heroic spectacle fans expected.

Mineta debuted his signature move, Grape Rush, during his hero exam. Grape Rush is when Mineta quickly throws the balls that regenerate from his head at a target, and they stick. Out of all quirks in My Hero Academia, Mineta’s is the least exciting. When Mineta was up against Midnight, he hid behind a rock to dodge her whip.

RELATED: 9 Anime Characters With The Most Ridiculous Headgear

Eventually, he appeared from behind the rock and frantically threw a bunch of balls at Midnight’s whip so that she’d be unable to use it. He called that move Grape Rush, but it was pretty basic. Mineta’s Grape Rush entrance was meant to be a crowning moment, but it was difficult to find such a simple move heroic.

No one would’ve guessed the power Zenitsu held due to his memorable entrance in Demon Slayer. Zenitsu demonstrated his heroic nature later on, but his manner of panicking and crying at every moment left fans wondering what he had to offer at first.

When fans were introduced to Zenitsu, he was on his knees, frantically crying in the middle of the road begging a girl to marry him. After Tanjiro tried talking sense into him, Zenitsu continued to panic before being smacked by the girl he was latched onto. Zenitsu continued to go into a frenzy, which was humorous, but very overwhelming. He definitely didn’t appear heroic.

Kuwabara didn’t start out as a good guy in Yu Yu Hakusho. He and Yusuke were enemies who fought all the time, which is how fans were introduced to Kuwabara.

Kuwabara made a showy entrance when he and his pals surrounded Yusuke and threatened to beat him up. However, Yusuke wasn’t fazed and immediately laid Kuwabara out with a series of blows. He sent Kuwabara flying and left him lying on the ground. Although Kuwabara goes from a villain to a hero, his entrance was far from anything that’d be deemed heroic.

When Subaru entered the world of Lugnica in Re:Zero, he acted quite superior. Believing he was transported to a world where he was the main character gave him a sense of self-importance, but he had no idea what he was doing. Soon after arriving in Lugnica, Subaru encountered a few robbers in an alley

Subaru arrogantly assumed he’d display amazing strength, but soon realized he didn’t have any skills. Subaru pathetically dropped to the ground and begged the robbers for forgiveness. Heroes possess humility, so perhaps Subaru should’ve been a little humble upon his entrance since he thought he was such a big shot.

Giorno’s entrance in JoJo’s Bizarre Adventure: Golden Wind displayed a villainous nature rather than the justice-seeker he turned out to be. Fans became familiar with Giorno’s unheroic deeds right away when he offered to give Koichi a ride into the city.

Koichi had just arrived in Italy and needed a ride, so he reluctantly took Giorno’s offer. Giorno ended up hustling Koichi and stealing his luggage, which he later sold. While Giorno initially seemed like a bad guy, it was soon revealed that he possessed a respectful side. His actions upon fans meeting him, however, weren’t heroic.

Usopp is known for his exaggerated storytelling in One Piece, and he really hoped it’d help when Luffy appeared. Usopp made a grand entrance and stood before Luffy and his crew when they arrived at his village. Usopp told Luffy that he was Captain Usopp, leader of the pirates of his village.

Usopp also claimed to have 80 million subordinates under him. Luffy and his crew saw through his ruse, but Usopp continued to threaten them with his slingshot. Soon, Usopp realized he was no match and fell to his knees. It wasn’t very heroic for Usopp to fake being a fearless leader and then easily admit defeat.

Nel’s presence in Bleach seemed like a deterrent to Ichigo upon first meeting her in Hueco Mundo. Nel grew attached to Ichigo, and always whined and cried when he was in trouble. When Nel made her entrance, she seemed helpless because of her child-like appearance.

Ichigo found it hard to believe she belonged in Hueco Mundo. It wasn’t until she demonstrated great power later on that fans realized her true power. No one would’ve guessed she was capable of the heroism she displayed later on with such a feeble entrance.

Bakugo’s desire to become a hero seemed ironic when he made his entrance in My Hero Academia. Rather than displaying heroic qualities when he introduced himself to his classmates, he insulted everyone. Bakugo claimed he’d be the number one hero while everyone else would be sidekicks.

Although Bakugo wanted to be a hero, he acted more like a delinquent who cared about fame and power. If it weren’t for Bakugo actually stating that he wanted to be a hero, his entrance would’ve been mistaken as his introduction to classmates at My Villain Academia instead. Bakugo’s heroic nature wasn’t quite there yet.

The man who saved the world from Dio wasn’t exactly hero material to begin with. When Jotaro from JoJo’s Bizarre Adventure: Stardust Crusaders entered the scene, he was in jail. What really made his entrance unheroic, however, were his words to his own mother.

When Jotaro’s mother came to pick him up from jail, fans saw flashbacks of a young, well-behaved Jotaro who loved his mother. However, when Jotaro’s mother exclaimed his name joyfully at the sight of seeing him again, he called her an “annoying b**ch” and told her to shut up. Jotaro may be a hero for defeating Dio, but his entrance was definitely worthy of being one of the least heroic.

NEXT: The 10 Most Heroic Pirates In One Piece, Ranked