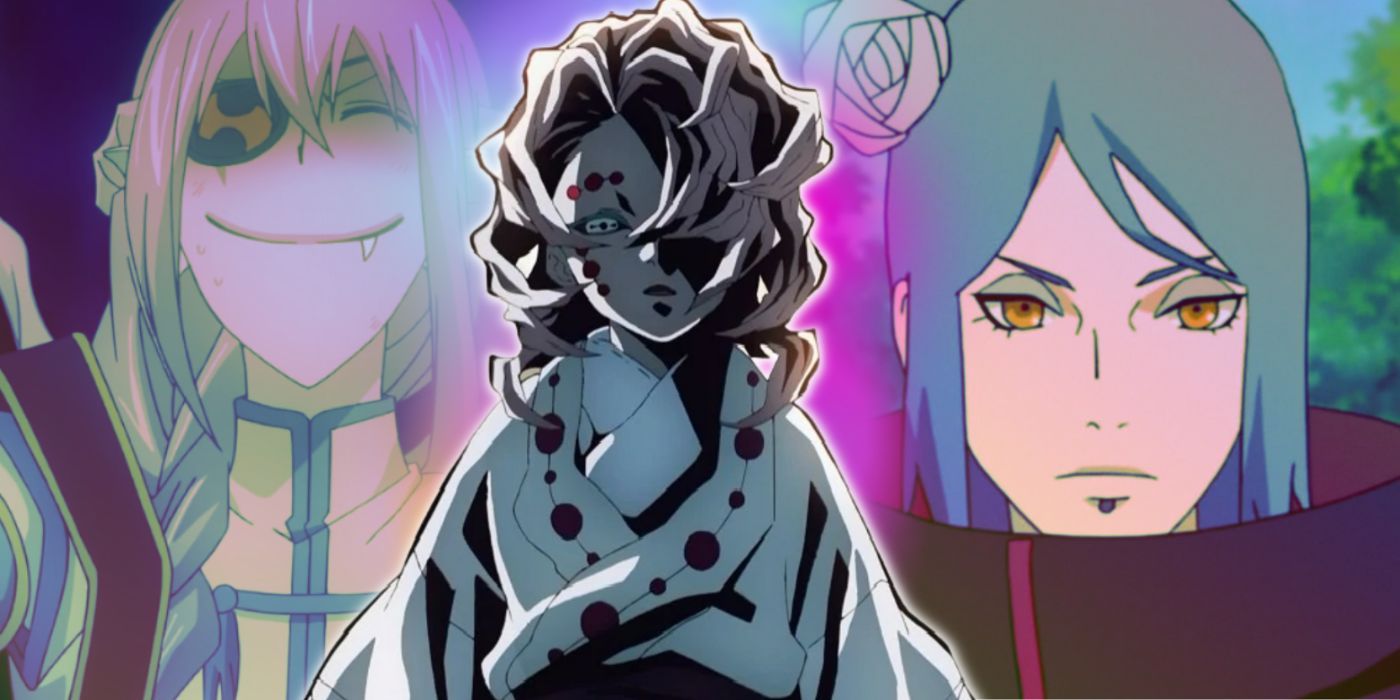 In anime, villains are some of the most intriguing characters in any series. Iconic shonen foes like the time-freezing vampire, DIO, or Naruto’s Orochimaru have gained notoriety for being overpowered thorns in the heroes’ sides. Even shojo villains like Kamisama Kiss’ Akura-Ou or Fruits Basket’s Akito Sohma garnered attention for their ability to stir up drama by existing.

The major antagonists are always interesting, but the minor villains deserve just as much attention. Many have become fan-favorite characters or even memes within the fandom. Some held their own against the heroes, while others stole the spotlight for being hilariously weak.

10 The Dragon King Is All Bark & No Bite (Kamisama Kiss)

The Dragon King, or Ryuo Sukuna, is why Tomoe can’t go in the water in Kamisama Kiss. Tomoe stole one of his eyes hundreds of years ago, and he’s since harbored a grudge. When Tomoe, Nanami, and the gang went to the beach. Otohiko stirred chaos by making one of Nanami’s friends drown in a sudden whirlpool, leaving Tomoe no choice but to jump in and save her.

The Dragon King grabbed ahold of Tomoe and dragged him to his underwater castle right after. Mizuki and Nanami went to rescue him and befriended his wife, the Turtle Queen in the process. The Dragon King is hilariously weak in the face of his wife’s wrath, so Tomoe escaped without a scratch.

Nishiki debuted during Tokyo Ghoul’s first season. It was hard for fans to like him initially, but many still found it easy to sympathize with him after learning more about him. Nishiki befriended Hide, but tried eating him in front of Kaneki to assert his dominance in that specific feeding ground.

At first, Nishiki was a total jerk, but eventually became one of Kaneki’s closest allies. He fell in love with a human woman and revealed his tragic backstory. His sister was killed by the CCG after her boss gave up her secret, as a result Nishiki has such a hard time trusting people.

Bleach isn’t exactly known for its excellent character development, but Ulquiorra is easily one of the series’ best-written characters because of his astounding arc. He started out as a cold-hearted foe who didn’t care about anything beyond obeying Aizen’s orders.

That’s where Orihime comes in, she taught him what it means to have a human heart and the importance of meaningful connections. Unfortunately, he always took her presence for granted and didn’t quite understand what she meant until it was too late. Ulquiorra only came to appreciate his humanity as he was dying.

Edgar Allan Poe from Bungou Stray Dogs is never seen without his pet raccoon, Karl. Named after the gloomy poet, Edgar Allan Poe has been in a longtime rivalry with the world’s greatest detective, Ranpo Edogawa.

Many of Bungou Stray Dogs’ villains have stolen the spotlight and won fans’ hearts for one reason or another, but Edgar Allan Poe is special. He doesn’t really follow any one particular agenda and some of his best scenes involved trying to outsmart Ranpo with his ability, Black Cat In The Rue Morge. He can transport readers into whatever book they’re reading and can only return to the real world after solving the novel’s mystery.

Though the Akatsuki is a notorious terror organization, not all of its members are harbingers of doom and gloom. Konan, for example, is one of the Akatsuki’s most likable members in Naruto. She was the only female member and helped found the organization. She was also Pain’s partner and was the only one allowed to call him by his real name, Nagato.

Konan’s jutsu gives her the ability to defeat her opponents with paper. However, making origami with her jutsu was one of her hobbies before the war sucked up her time. Fans enjoyed it when she gave Naruto an origami bouquet.

It’s easy to forget that Jogo is a special grade curse in Jujutsu Kaisen. After all, the cyclops curse hasn’t really had many victories throughout the series because he’s always charging in to fight the strongest characters without thinking of the repercussions.

Jogo is strong, but he constantly makes terrible decisions and turns himself into a punching bag for the big-whigs like Satoru Gojo or the King of Curses, Sukuna. However, Sukuna actually praised Jogo’s fighting spirit before defeating him at the end of their fight.

Kenny Ackerman could have become one of Attack On Titan’s most popular villains, but his arc was thrown right in the middle of Historia’s big royalty reveal and Rod Reiss’ Titan transformation. Unfortunately, Kenny’s debut got swept under the rug during season 3.

Still, there’s no denying that Kenny The Ripper stole the show during his time in the series. He made quite the memorable entrance, and his fight against Levi was one of the season’s most intense. Kenny came into Attack On Titan donning a stereotypically Western gunslinger style and a rough attitude, but his dying words had a major impact on Levi.

3 Stain Is The Hero Killer (My Hero Academia)

Stain is the Hero Killer in My Hero Academia. He hijacked Iida’s good time during the U.A. High sports festival after news broke that he attacked and gravely injured his brother, Ingenium. Stain’s philosophies on heroism continue to have a lasting impact on the series. In recent My Hero Academia manga chapters, Dabi cited Stain’s ideology as why he keeps going as a villain since his words rung a bit too true for his upbringing.

RELATED: 10 Anime Series With Way Too Many Villains

Stain wanted to fight against the false heroes who only became one for fame and money. He believed All Might was the only genuine hero left but was also one of the first to recognize Izuku’s potential as his successor.

2 Rui Was One Of The Most Twisted Demons (Demon Slayer)

Many of Demon Slayer’s villains have well-thought-out, intriguing backstories that make the audience sympathize with them. In Rui’s case, his backstory was so twisted that fans were conflicted about how they should feel about him. He was a member of Muzan’s Twelve Demon Moons and held the position of Lower Moon Five. He was born as a sickly human, but became stronger as a demon.

Rui killed his parents when he had his first bout of demonic hunger. Then, he set out to create a family of his own. Thus, the Spider Family on Mount Natagumo came to fruition. Rui ruled the family with an iron fist, and his makeshift family members lived in fear of his wrath.

Jojo’s Bizarre Adventure’s minor antagonists are always as memorable as the major foes. However, the perpetually unlucky sibling duo, Oingo and Boingo truly stole the spotlight during Stardust Crusaders.

Their streak of bad luck was hilarious to watch, especially since Iggy constantly foiled their plans just by being at the right place at the right time. Oingo was taken out of commission after pretending to be Jotaro and getting blown up by one of his orange bombs, leaving Boingo to wander across Egypt with Hol Horse. Oingo and Boingo even had their own special endings whenever they appeared in an episode.