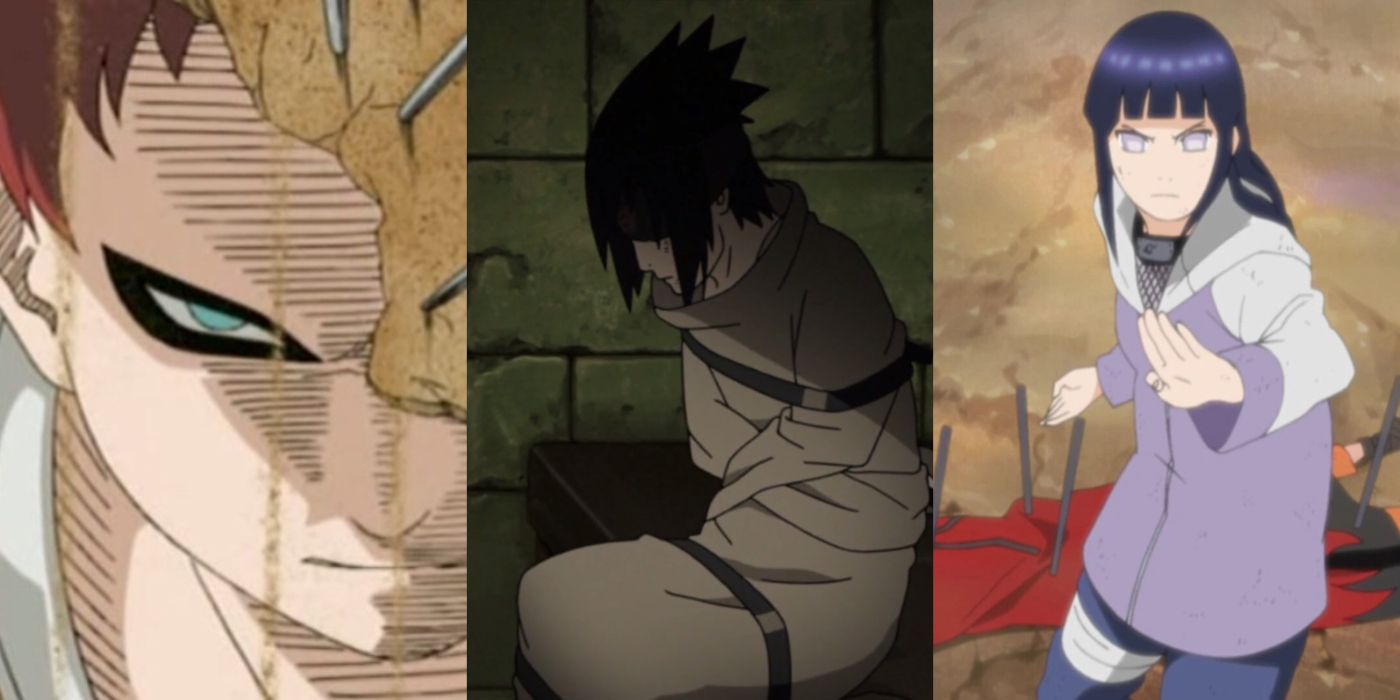 When a beloved manga series gets adapted into an anime, fans can almost always expect there to be some stark differences between the two. Even the most faithful of adaptations take liberties with the source material every now and again. The Naruto anime stays fairly faithful to the manga overall, especially when it comes to the overarching plot. However, there are a few differences fans can’t help but notice.

That said, not all changes made by the anime are bad. Faithful adaptations are always appreciated, but sometimes certain aspects of a manga shouldn’t be adapted. In the case of Naruto, there are many instances throughout the series where fans are glad the anime decided to go in a different direction.

Considering Naruto is a series about ninja, fans can expect to see a bit of blood at times. However, the manga takes it to the next level, and it often gets pretty disturbing.

Luckily for those who can’t stand it, the anime significantly reduced the amount of blood in the series, even during some of the most intense fights. While some fans may argue this is an unnecessary change, plenty of others are relieved they don’t have to put up with a gorefest while watching.

9 Gaara Is Softened Up A Lot In The Anime, Much To Fans’ Relief

When Gaara first appears during the Chunin Exams arc of Naruto, he’s nothing short of terrifying. His fellow genin are all pretty scared of him too, noting that he reeks of blood. As dangerous of a threat as Gaara is in the anime, he’s far worse in the manga.

Some could even argue that he’s irredeemable too, due to the massive amount of deaths he caused. Anime Gaara is far softer by comparison, and fans are very glad of that. As one of the most popular characters in the series, most anime-only fans would be shocked to see how brutal and cruel he can be in the manga.

8 Jiraiya Isn’t As Likable In The Manga At Times

Jiraiya is a major part of the Naruto franchise as well as one of the most beloved characters. He’s Naruto’s pervy yet lovable mentor, and though he’s always had his faults, fans know that he’s ultimately good at heart. While this is the case in either version, the manga presents a much less likable Jiraiya than the one anime fans meet.

He’s more morally corrupt, and sometimes even just an outright jerk. He isn’t a bad person exactly, but he’s a lot less nicer than his anime counterpart. Given how beloved of a character he is, it’s likely for the best that his personality was tweaked a bit.

7 Kimimaro’s Ability Is Much Less Gruesome In The Anime

As previously stated, the Naruto anime definitely dials it down when it comes to blood or any sort of gore in battles, so it’s no surprise they’ve done the same with Kimimaro. He’s able to use his own bones as weapons, constantly pulling them out of his body. In the manga, this makes for some pretty graphic imagery.

RELATED: 10 Ways Naruto Got Better Since The First Episode

However, in the anime, it’s much more tame and easy for squeamish audiences to sit through. Granted, it is a bit strange that his bones just seem to magically come out of his body, but in a world like theirs, it’s not outside the realm of possibility.

Romance has always been one of Naruto‘s weaker points, and Hinata’s confession in the manga epitomizes this. Even fans who don’t ship her and Naruto together can’t help but feel frustrated over how she’s just instantly taken out by Pain and overlooked after finally pouring her heart out to Naruto.

Thankfully, the anime gives her the spotlight she deserves during this moment, allowing her to hold her own, at least for a little while, against Pain and even showing Naruto’s reaction. Anime and manga fans alike agree that this version of the confession is far superior and gives Hinata more dignity.

Naruto’s Sexy Jutsu is one of his funniest and most iconic abilities throughout the series. He’s been able to subdue many with just this one technique. However, this pales in comparison to what Konohamaru does with the Jutsu. In one instance, he creates sexy versions of Naruto’s teammates, Sasuke and Sai, hoping to get a rise out of Sakura.

While it’s a funny moment, there’s a lot wrong with this questionable move, and many can’t help but find the manga’s depiction of the two together rather creepy. Thankfully, the anime censors a lot of what made this moment extremely weird, sparing both Sakura and the audience.

As the final showdown of the series, Naruto and Sasuke’s last battle is the epic climax of the story in both versions. However, the manga’s depiction of their battle is much more straightforward, mostly focusing on the fight itself.

The anime decides to take things a bit further, delving into the emotional side of the battle and what’s going on inside Naruto and Sasuke’s heads. While it’s not a completely accurate adaptation of this moment in the series, it’s actually made better by the added emotions in the anime.

3 The Funeral At The End Of The Series Is For All Fallen Ninja, Not Just Neji

At the end of the Fourth Great Ninja War in the manga, everyone gathers together for a funeral to say goodbye to Neji, a major character who tragically loses his life while saving his friends. While this is a touching moment, it undermines the many other deaths that occurred during this arc that are just as deserving of recognition.

RELATED: 10 Ways Naruto Got Worse Since The First Episode

Thankfully, the anime decides to change this bit, opting instead to honor all fallen ninja during the funeral. It makes for a much better touch and honors everyone equally for their efforts in the war.

2 The Anime Gets Rid Of Some Of Sakura’s Helplessness, And Fans Are Glad

Sakura Haruno is infamous for being the most useless member of Team 7. From the start, she’s leagues below her teammates, and she’s good for very little aside from crying and getting in the way. Like everyone else, she does go through a great deal of development, but it seems like, more often than not, the manga shafts her character and turns her into a helpless damsel in distress.

While the anime adapts a lot of these moments, some scenes get changed up, allowing for Sakura to save herself for once. Though it’s only a little bit, Sakura has more development and personal strength in the anime, making her overall a much better character.

1 Unlike In The Manga, Sasuke Gets Punished For His Crimes In The Anime

One of the most frustrating aspects of the Naruto manga is how every atrocity Sasuke commits seems to get glossed over, especially in the end. Despite everything, he gets a full pardon from Konoha and sees absolutely no consequences for his actions. Much to fans’ relief, the anime refuses to go in this direction and has Sasuke at least receive some punishment before leaving on his atonement journey.

Fans get a glimpse of this at the very end of the series, with Sasuke in a cell, restrained, and his eye abilities sealed. Though this imprisonment only happens for a brief time, it’s better than him getting away scot-free.

NEXT: 10 Fastest Attacks In Naruto