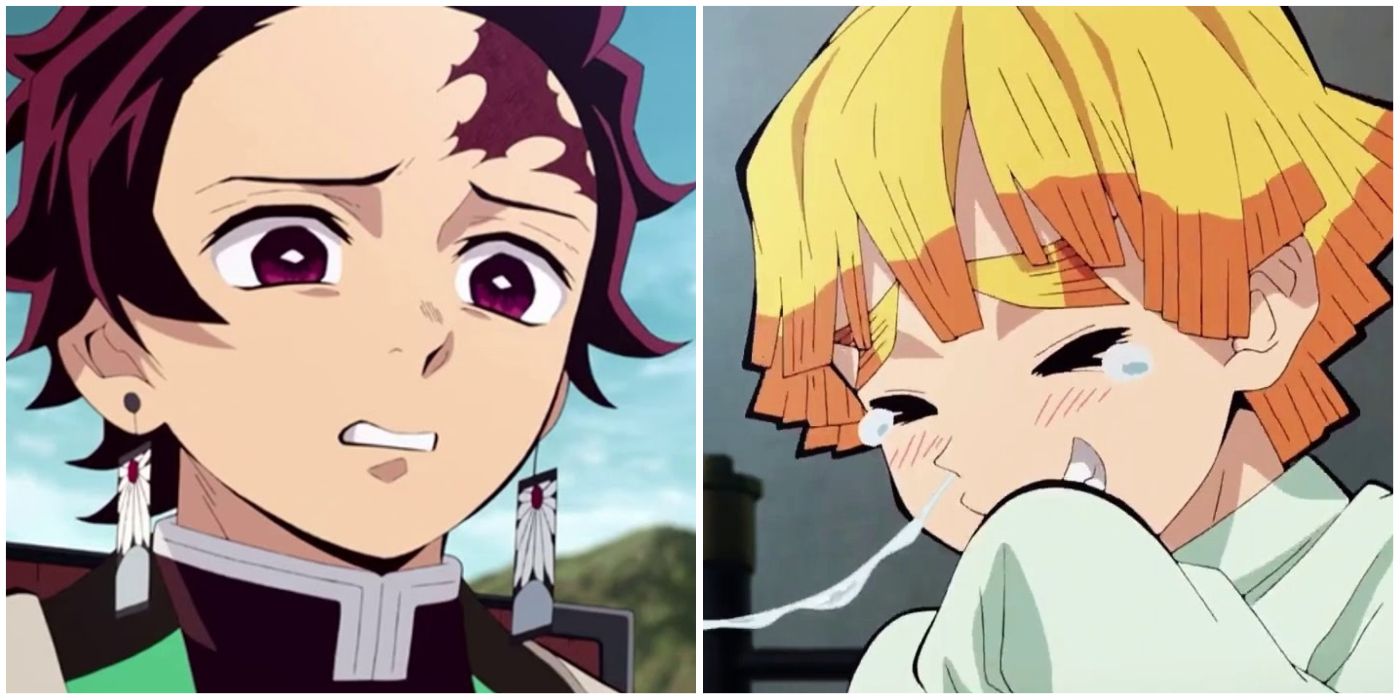 In 2019, Demon Slayer made its triumphant arrival in the anime world, racking up legions of loyal fans and helping the original manga sell far more copies than ever before. No one doubts that Demon Slayer is one of the best and most popular anime titles out there right now, but it’s still not perfect – making a few blunders along the way.

RELATED: 10 Ways Bleach Got Worse Since the First Episode

The good news is that most of Demon Slayer‘s faults and shortcomings are fairly minor, and they are hugely overshadowed by the series’ many strengths. That said, Demon Slayer fans have still noticed some ways in which the series wasted its potential, became routine, or even developed some bad habits.

It’s standard procedure for shonen action series to involve some training scenes where the heroes learn new abilities, bolster their strength or tinker with their existing techniques. There’s nothing wrong with this sequence, but Demon Slayer‘s training scenes soon felt pretty routine and predictable.

At first, fans were impressed by Tanjiro’s incredible grit while training in the mountains for two years before the practical exam. But then Tanjiro’s training sessions felt like formalities with no special twists or surprises along the way, not even with the butterfly estate’s wild antics. Naruto and My Hero Academia do training scenes much better.

For the most part, it’s actually a really cool twist in Demon Slayer for the monsters to have human vulnerabilities and baggage on the inside, such as Rui’s desire for a real family or Kyogai’s bitterness as failed author. But it gets a little silly when almost every demon does this.

There are plenty of internet memes of demons sobbing about trivial things right before dying while Tanjiro sobs sympathetically. Silly as they are, these memes have a point. Sympathetic villains are more effective when they are the rare exception instead so they stand out more.

Fortunately, even obnoxious or bratty characters like Zenitsu and Inosuke are deepened as Demon Slayer goes on so viewers can see their best side, too. But even if the show gives Zenitsu some positive traits, that doesn’t stop him from being tiring to watch.

RELATED: 10 Ways My Hero Academia Got Worst Since the First Episode

Strong or not, Zenitsu Agatsuma is the same frightened whiner he always was, including his constant screeching and panicking even as late as the Entertainment District story arc.

Protagonist Tanjiro Kamado’s motivation to become a Demon Slayer is to restore his little sister Nezuko’s humanity, and early on, that was all he could think about. By now, Tanjiro still has this goal in mind, but unfortunately, the anime itself hardly pays any more attention to it.

It’s a shame, too, since Tanjiro’s quest is so personal, and it’s wonderful seeing him fight so hard for his sister. This plot is sure to return to the fore eventually, but for now, it feels weird how Demon Slayer is focusing on everything else instead.

6 Muzan Is Too Absent In The Story

Up to a point, it’s actually suspenseful and cool for a story to hide its main villain until the end and merely tease the villain’s presence until then. JoJo’s Bizarre Adventure did that with DIO in the Stardust Crusaders arc, and it worked well. But the magic is gone in Demon Slayer.

RELATED: 9 Ways Dragon Ball Got Worse Since the First Episode

Muzan is the one who wiped out the Kamado family, and he briefly appeared a few times since then, but only his scene with the Moons was memorable, and even then, only barely. Demon Slayer needs to put its archvillain back in the picture soon, long before the final battle. Otherwise, he’ll feel more like an idea than an actual character.

5 Demon Slayer Became A Monster Of The Week Series

True to its “monster hunter” nature, Demon Slayer pits its heroes against a series of monsters of the week, ranging from the hand demon to the swamp demon and Kyogai, among others. But such storytelling feels circular and dated, hence the term “monster of the week.”

It’s not impossible for Demon Slayer to break free of this cycle, however. Other monster hunter titles such as Bleach and Fire Force did so, giving hope that Demon Slayer will also quit being so repetitive with this. Tanjiro’s journey needs to be more than “sniff out the local demon and kill it.”

It’s not the worst thing ever for Demon Slayer to give its elite villains an official ranking system, and in some ways, it’s pretty fun. But still, this concept feels dated in the eyes of some anime fans, and it’s easy to see why. Soon, Demon Slayer introduced the Twelve Demon Moons, all of them ranked by strength.

RELATED: 10 Ways One Piece Got Better Since the First Episode

This can make the battles feel like a mechanical climb in power levels, with a higher-rank monster predictably appearing after the last-weakest one just died. It also takes the mystery out of who is stronger than whom. Bleach also did this with its Espada villains, clearly ranking them 1-10 with the numbers tattooed onto the members’ bodies.

3 The Other Demon Slayers Felt Like Gimmicks After A Point

This is an example of a good idea that was simply pushed a little too far for its own good. Of course, the nine Hashira should have their own distinct visual cues, personalities, and fighting styles, but if they are one-note about it, they feel more like gimmicks. This became increasingly obvious over time.

Mitsuri Kanroji is the flirty girl, Giyu Tomioka is the grouchy dark-haired loner, Sanemi is the brash hothead, and Tengen Uzui the ninja is the scene-stealing diva. It’s colorful and fun at times, but it also makes Demon Slayer feel cheesy, even by shonen standards. Earlier episodes certainly didn’t do that.

This particular trend is subjective, and some anime fans won’t mind it while others might gladly call Demon Slayer out on it. The series started with an emotional bang, such as the Kamado family’s slaughter and Tanjiro avenging the ghosts of Urokodaki’s masked students. But then it kept going.

Demon Slayer gets a little too caught up in its own drama, and it keeps upping the ante with exaggerated crying, heavy sentimentality, and a general feeling that nothing is grounded any longer. Someone needs to snap these characters out of it and give viewers a break before the next tragedy.

Pacing is vital for any shonen story, whether it’s 12 or 500 episodes long. Demon Slayer‘s first season moved at a steady clip, rapidly and neatly checking off many story events to keep the action moving and keep viewers engaged. Then the anime slowed way down.

The Mugen Train story arc is really just one battle that takes around 7 episodes to fight, which is shockingly slow by Demon Slayer‘s own standards. Then the Entertainment District arc took many more episodes to complete while accomplishing relatively little, so Demon Slayer‘s pacing feels totally inconsistent by now. This is made worse by how long it takes for new material to come out, so it feels like Tanjiro’s journey, once a brisk adventure, has slowed to a crawl.

NEXT: 10 Ways Jujutsu Kaisen Got Better Since the First Episode