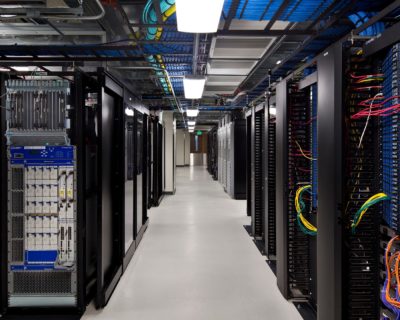 Cloud computing is a growing sector.

While it is very competitive, the cloud infrastructure services market is huge.

According to the Synergy Research Group, total enterprise spending on cloud infrastructure services in the third quarter of 2022 rose more than $11 billion from Q3 2021 to over than $57 billion. During the quarter, the cloud market at the top was very concentrated as the top three players of Amazon, Microsoft, and Google have around two thirds market share globally of the cloud infrastructure services market.

Chief analyst at Synergy Research Group John Dinsdale said of the Q3 industry results, “It is a strong testament to the benefits of cloud computing that despite two major obstacles to growth the worldwide market still expanded by 24% from last year. Had exchange rates remained stable and had the Chinese market remained on a more normal path then the growth rate percentage would have been well into the thirties. The three leading cloud providers all report their financials in US dollars so their growth rates are all beaten down by the historic strength of their home currency.”

Given the growth in the third quarter, the trailing twelve month revenues of the cloud infrastructure services market reached $217 billion according to Synergy Research Group estimates.

Given rising interest rates and macroeconomic uncertainty with a potential recession, some enterprises have become more cautious in their spending and the overall industry spend for the period was less than some estimates.

Given the tailwinds in the industry in the long term, analysts expect the cloud infrastructure as a service market to grow substantially in the future. According to Research and Market, the global cloud computing market could grow by an average CAGR of 15.7% from 2022 to 2030 to surpass over $1.55 trillion by 2030 as more firms shift to cloud computing for cost savings and flexibility.

In 2019, Microsoft invested $1 billion into OpenAI in the form of cash and credits for Microsoft’s Azure cloud computing platform. Given ChatGPT has experienced substantial demand since its launch, the company is reportedly looking to raise more capital at around a $30 billion valuation. Once it raises more capital, a substantial amount will likely be spent on cloud processing to make ChatGPT even better, which could bring more business for Microsoft.

Because their infrastructure as a service market share is under 2%, we just ranked Dell Cloud, VMware Cloud, Huawei Cloud, and Baidu Cloud as <2% in market share.

For those of you interested, also check out 15 Most Innovative Companies in the World.

12 Biggest Cloud Providers by Market Share in the World

VMware’s cloud infrastructure services is one of the products of VMware, which is a leading provider of multi-cloud services that enables digital innovation with enterprise control. Originally a part of Dell Technologies after the latter’s acquisition of EMC Corp in 2015, VMware spun off from Dell Technologies in November of 2021 so that the company could have more strategic flexibility to potentially grow faster by gaining more freedom to invest in cloud computing.

Oracle Cloud is database and enterprise software maker’s Oracle Corporation’s IaaS offering where it has around a 2% global market share. In Q2 fiscal 2023, Oracle Corporation’s IaaS sales rose 53% year over year to $1 billion, which is actually a little bit faster than the overall industry’s growth. One reason for the fast growth could be that TikTok routed 100% of the app’s US user traffic to Oracle Cloud Infrastructure as of June 2022. TikTok previously used its own data centers for US traffic.

Tencent Cloud is a cloud computing service provided by Chinese social media giant Tencent. According to the company, Tencent cloud has numerous software developers from many different industries using it including Tencent’s own WeChat messaging application. In terms of market share, Tencent Cloud had a 16% market share in the China cloud infrastructure services industry in 2021 and an around 2% market share the cloud infrastructure service market worldwide in Q3 2022.

In addition to being a leading SaaS provider, Salesforce Inc offers a platform as a service solution that “allows businesses to easily deploy, run, and manage custom cloud applications without the complexity of building and maintaining their own servers and infrastructure.” With its Salesforce Platform and other services, Salesforce has a worldwide market share of 3% in the cloud infrastructure service market in Q3 2022.

Disclosure: None. 12 Biggest Cloud Providers by Market Share in the World is originally published on Insider Monkey.