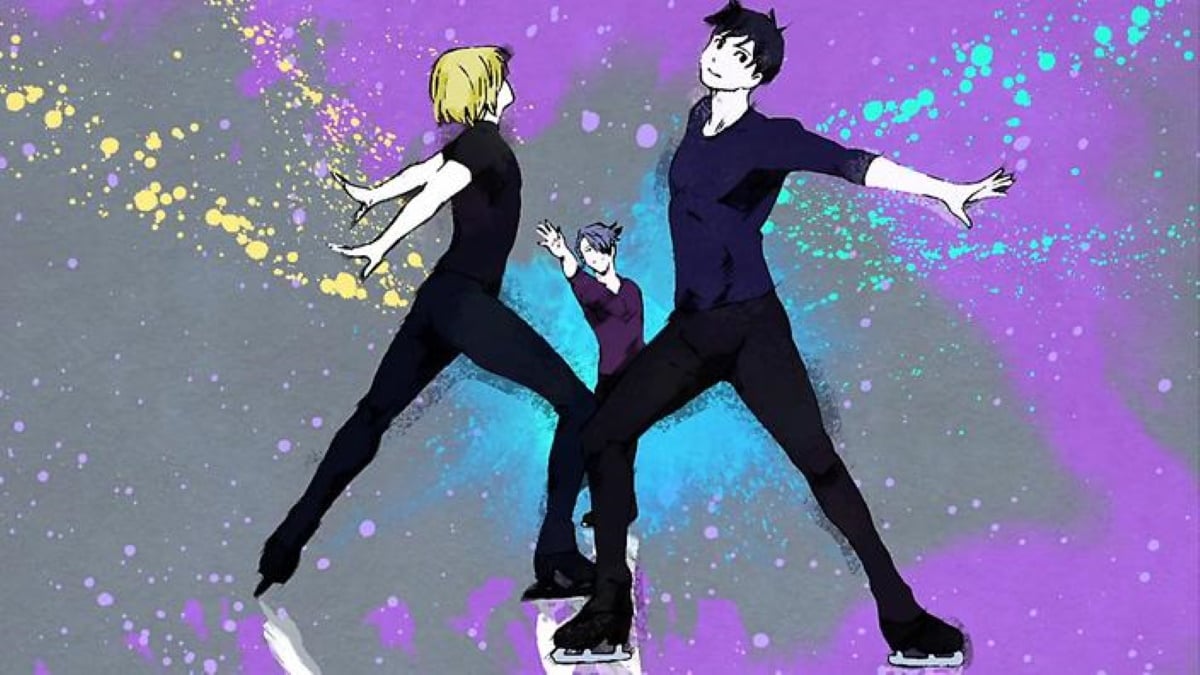 LGBTQ representation, despite popular belief, really isn’t all that hard. C’mon, y’all. We’re people. We got those… whadayacallit… “hopes and dreams” and “lofty ideals” and “tender emotions” that make for juicy drama—just like straight people do! But we keep getting let down. Western live-action shows are hit or miss, and our cartoons still struggle with getting it right. But across the Pacific pond, the anime world is having a queer heyday. Despite Japan’s fraught relationship with LGBTQ rights, there is more queer anime than ever before. Let’s take a look at some of the best.

While one could argue this series falls into the “only gay in the finale” trope, this show is lousy with queer themes. The series is all about breaking the shackles of shame and societal expectation. In fact, the show’s canonical queer character, Ryuku Matoi’s, power increases with the amount of pride she has in herself (and the less clothes she wears).

The show also features one of the absolute sweetest girl couples of all time, Ryuku and Mako. The pair start as friends, but the series begins hinting that something more is abrewin’ and abrew it does. Mako is wildly dedicated, and overflowing with love, towards Ryuku, and she’s her number one fan throughout the entire series. Just before the final battle, Mato kisses Ryuku and tells her to come back so they can go on a date. She does, and in the ending credits, they do. While some would say this falls into the aforementioned trope, I would argue that romance takes a backseat in the series as a whole, as nearly every character is more concerned with revenge and world domination than they are with love or relationships. The other sweet thing about the series is how easy, even mundane the queer love that Ryuku and Mako manifest appears to be. There is no dramatic confession, no “what will my parents say,” no conflict whatsoever. The sky is blue, scissor blades are sharp, and Ryuku loves Mako. Big whoop.

I personally prefer queer stories like this. Because, spoiler alert, it can be hard to be queer in the real world. We consume fiction to escape reality, so when I’m plotting a prison break from reality itself, I don’t want to dive into a fictional one where all my queer problems are there. I dream of a world where queerness is so normal that it’s boring dammit. I don’t want to like a queer romance because it’s queer, I want to like it because I like the characters. I don’t want to watch queer anime because that implies the existence of a greater straight anime. I want queerness to be so ubiquitous, so mundane, so run of the mill, that I don’t HAVE TO WRITE ARTICLES LIKE THIS. When people ask me: “Hey Jack, is there any queer anime I should watch?” I want to be able to shoot off a couple finger guns and say “all of it.” In my opinion, Kill La Kill is the harbinger of this new queer world order. So watch it, please.

This series swept the floor at the first ever Crunchyroll Anime Awards back in 2017. The series won “Anime of the Year,” “Best Boy,” “Best Couple,” and “Most Heartwarming Scene”—along with numerous others, and for good reason. This anime is everything you want (and more) when it comes to a queer love story. First off, the setting of the story is entirely unique. An anime about figure skating? Hell yes. We’ve never seen anything like it. And all of the routines were choreographed by professional figure skaters. Secondly, the story is witheringly romantic. You’re going to watch the show with a box of tissues next to you, not for tears, but for the sheer amount of nosebleeds this show will give you. So much lip touching. So many whispered words. So much intense eye contact. And my God, that one scene from the seventh episode just isn’t even fair. I’m still trying to get the bloodstains out of my sofa cushions. The series is also funny as hell, with a main character doing a surprise drunken pole-dance routine in episode 10. And yes, it is just as sweet and sexy as you think it is. The judges’ scores are in, and it’s perfect 10s all across the board.

This show is another perfect example of my secret queer new world order agenda. The story features one of anime’s finest transmasculine leads, a character named Kino who travels around the world with a cynical talking motorcycle named Hermes. Kino only has one rule, the pair can only stay in one place for (no longer than) three days. Unlike Kino, the innate queerness of the series isn’t in the driver’s seat, it’s just quietly along for the ride. And what a ride it is. Throughout their travels, Kino and Hermes deal with cults, cannibals, and a society that performs mandatory brain surgery on children. The series is horrifying, dreamlike, melancholic, and hopeful, all the while maintaining a gorgeous, minimalist tone.

From the brilliant mind of Satoshi Kon, the man who brought us Paprika and Perfect Blue, comes another story where queerness is not the foundation of the house, but a candle burning in the window. The story centers on three characters experiencing homelessness: a middle-aged alcoholic named Gin, a runaway teenager named Miyuki, and a trans woman named Hana, who discover a baby abandoned in the garbage on Christmas Eve. After the trio discover a bag containing clues as to the identity of the parents, they set off on a quest to return the baby to them. The story is beautiful, heart-wrenching, and contains one of the finest transgender protagonists ever to grace the anime big screen. Hana is fiercely loving, hilarious, and deeply complex. In a medium that still struggles with meaningful portrayals of trans identity, Hana is a breath of fresh air. A trigger warning, however, the film may be upsetting due to its painfully accurate portrayal of homelessness and transphobia. Hana also suffers from an unknown illness throughout the film, which is heavily implied to be AIDS. However, Hana has heaven on her side, and may in fact be literally blessed by God. Just wait until the end and you’ll see what I mean. While Tokyo Godfathers is unafraid to address the grim realities that queer people face in the world, the film is also wildly funny and worth the watch.

Do ya like music? Do ya like cute boys? Do ya like cute boys finding love through music? Then I have a series for you. A gay answer to music/romance stories like Once, Given centers itself on a high school boy, Ritsuka Uenoyama, who plays guitar in a band with two of his friends. After bumping into a fellow student named Mafuyu Sato, Ritsuka reluctantly agrees to give Mafuyu guitar lessons. Ritsuka comes to realize that Mafuyu is a beautiful singer and asks him to join the band.

This series has taken the anime world by storm due to its subtle and realistic portrayal of gay romance, and, also, because the band knows how to write a consummate banger. The music is beautiful, and when given the context of the main characters’ stories, will certainly jerk a tear or two (from even the most jaded eye). And the kiss scene? Shivers. Goosebumps. I still haven’t recovered.

The Legend of Korra

I’ve been over this in my writing before, but I’ll reiterate: technically only animation made in Japan counts as anime but technically I don’t care. The Legend of Korra is literally a magical girl anime—and that is a hill I am prepared to fight and die on. While it doesn’t get overtly gay until the end of the series, the slow burn will-they-won’t-they romance between Korra and Asami is to die for. Personally, I don’t mind it when characters realize their queerness towards the end of a series, because the function of a story is to portray growth. In both the real and fictional world, there is a sort of “finale” that happens when someone realizes that they were queer along. A sort of bookend, if you will. In every great story, a character goes through a series of events that cause them to change at their most fundamental level. Something is lost, and something is gained. I believe that the realization of one’s own queerness is worthy enough to be considered an ending of sorts. The last chapter in the book of one’s former straight life has come to a close, leading to a new journey ahead. Korra and Asami don’t realize their love for each other until the end of the series, but watching them come to terms with their own feelings is like watching the tide come in at sunset, slow and beautiful. And the best part is there’s a comic that takes place after the series ends where they kiss. A lot. It’s awesome. Read it now.