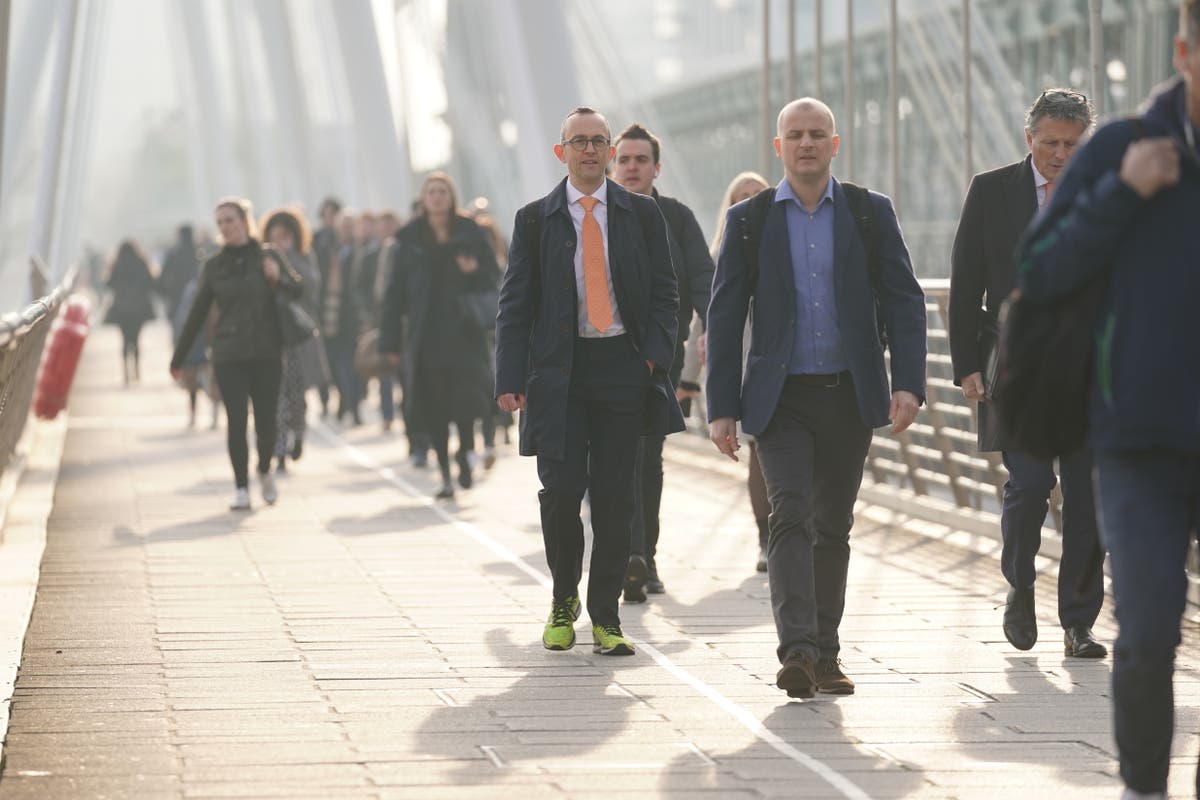 When the effect of rising prices is taken into account, pay including bonuses declined 2.5 per cent in the lastest quarter compared to a year earlier. Regular pay dropped 3 per cent, the Office for National Statistics said.

Wages increased in cash terms but have been dwarfed by soaring costs for gas, electricity, fuel, food and other goods which have pushed the overall inflation rate to 9.4 per cent.

Private sector workers saw their pay rise 5.9 per cent before inflation – more than three times as fast as their counterparts in the public sector who received a 1.8 per cent increase.

The figures set the government on course for further clashes with public servants including nurses, doctors, lawyers and teachers who have seen the value of their incomes collapse this year, adding to the pain of a decade of falling real wages.

ONS director of economic statistics Darren Morgan said: “The number of people in work grew in the second quarter of 2022, whilst the headline rates of unemployment and of people neither working nor looking for a job were little changed.

“Meanwhile, the total number of hours worked each week appears to have stabilised very slightly below pre-pandemic levels.

“The real value of pay continues to fall. Excluding bonuses, it is still dropping faster than at any time since comparable records began in 2001.”

According to the Resolution Foundation think tank, the wage fall was the biggest since 1977, when the Queen was celebrating her Silver Jubilee.

Nye Cominetti, senior economist at the Resolution Foundation, said: “The scale of this pay pain is even deeper than official figures suggest too, as pay growth estimates are still artificially boosted by the effects of the furlough scheme last year.

“This squeeze has come about despite robust pay growth and a lively jobs market, with pay settlements strengthening slightly, and almost a million people moving jobs in the last three months.

While wages fell, the number of UK workers on payrolls rose slightly, increasing 73,000 between June and July to 29.7 million, the ONS said.

There were also indications that fears of a looming recession had caused employers to hold back on hiring as the number of job vacancies fell back from an all-time high. Job openings dipped by 19,800 between May and July to 1,274,40 – the first quarterly fall since summer 2020.

Despite the unprecedented drop in real incomes and signs of softer hiring, chancellor Nadhim Zahawi claimed the figures showed the UK’s jobs market was in a “strong position”.

He added: “This highlights the resilience of the UK economy and the fantastic businesses who are creating new jobs across the country.

“Although there are no easy solutions to the cos-of-living pressures people are facing, we are providing help where we can.”

The government is under growing pressure to announce more support for households faced with average energy bills of £3,600 by October when inflation is expected to hit 13.3 per cent.

Boris Johnson has said no further measures will be announced until his successor as prime minister is announced next month.

Both candiates to replace him, Liz Truss and Rishi Sunak, have been urged to end their silence on the “national emergency” of energy costs after Labour vowed to freeze bills.

“Because of the Tories’ failure on the economy, families face plummeting real wages and soaring energy bills. Yet, this Zombie Government is offering no solutions to the cost of living crisis.”

Liberal Democrat Treasury spokesperson Sarah Olney MP said: “Families are being hammered by a cost of living catastrophe and yet the Government is nowhere to be found.

“This zombie government has no plan and is failing our country. People can’t wait any longer for the Conservatives to play out their horror show leadership contest.”