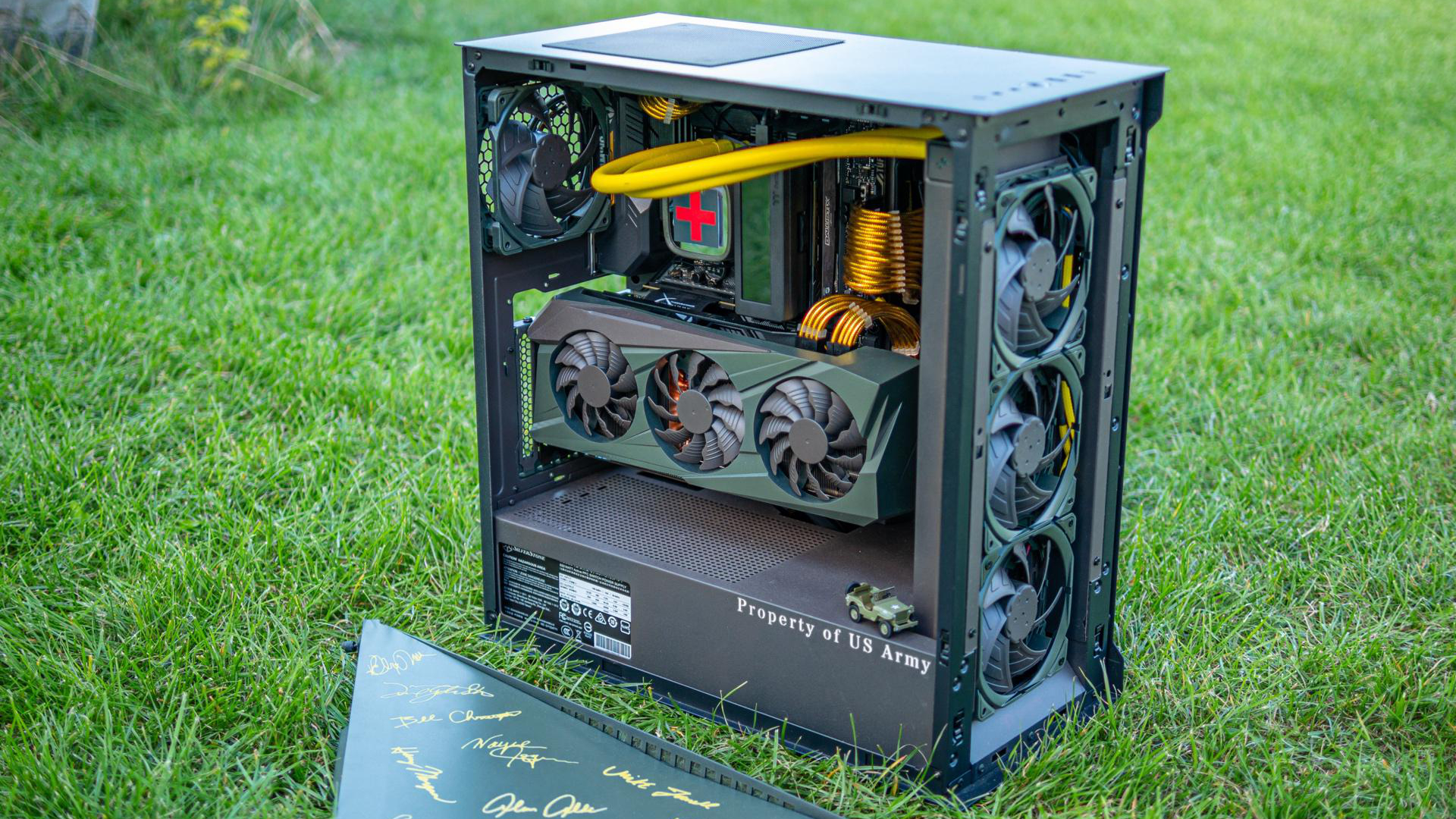 Custom gaming PC mods allow users to show their appreciation for their interests in pop culture, even if that show is half a century old. Celebrating the 50th anniversary of American comedy-drama MASH – often spelled out as M*A*S*H – this custom PC is kitted out from the ground-up with US Army pigmentation and paraphernalia.

As anyone knows, the best gaming PC to have is one that is done by your own hand, but also reflects who you are and what you’re into. That’s why it doesn’t matter that the first episode of MASH aired on 17th September 1972, as Redditor Hawktulu brings the show straight into the 21st Century. Hawktulu has uploaded several images of their custom system, which is themed from top to bottom with homages to the TV series.

Such aesthetics include army green colouring on the PC’s case, complete with signatures from the actors. The interior sports an Nvidia GeForce RTX 3070 Ti that’s been given a custom green and brown coating. To complete the theme, they’ve also placed a red cross over the cooler, a little jeep at the bottom, and painted the words “Property of the US Army” on the side of the case. 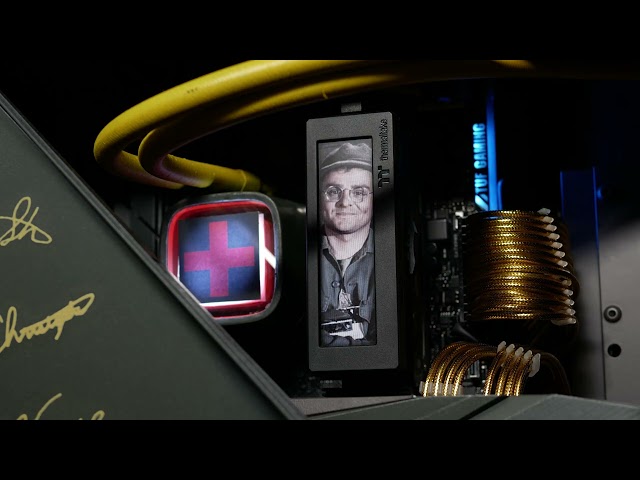 Perhaps the most ingenious thing that Hawktulu has done is insert a Thermaltake Pacific R2 Ultra LCD screen on top of the RAM, which both keeps the memory cool and can play GIFs or display data from the gaming PC itself, such as CPU temperatures. They’ve even linked to a brief video on YouTube that shows the characters from MASH on the tiny screen just to really emphasise their love for the show.

For those of you who remember MASH, 50 years feels like such a long time ago, especially since it predates modern rigs as we know them. Still, it’s a show that’s evidently left an impact, even on the custom PC community. Even those who have never seen a single episode are aware of just how iconic it was, with it airing for more than 11 years. It was also nominated for 100 awards, winning 14 in total.

It’s quite inspiring to see PC mods of this calibre. There’s clearly a lot of talented and dedicated individuals out there, and Hawktulu’s project is just one example.