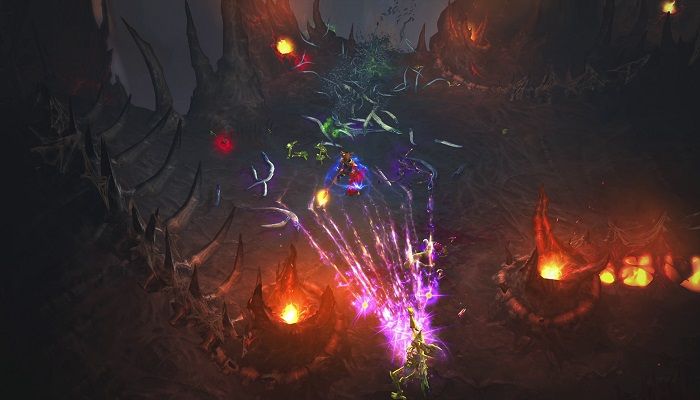 The update was recently tested in an extended PTR, which led to a doubling in the drop rate of the new consumable. The theme description sets the stage for Sanctified items and Angelic Crucibles well enough:

“Season 27 introduces Light’s Calling, our new seasonal theme. Valiant Nephalem who recover Angelic Crucibles, a new consumable item, may use them to Sanctify any equippable Legendary item, infusing it with one of three new class-specific powers at random. We wanted to use Angelic Crucibles to lean into the expertise of each class, further exemplifying its respective prowess, but through a nuanced lens.”

What this means is there will be three all-new class powers that you can obtain by sanctifying your items. If you do this and get an ability that you don’t want, you can sanctify the same item again, so it isn’t a one and done system if you don’t like your result.

Along with the new consumable, Sanctify mechanic, and new abilities come the usual slew of season rewards, Season Conquest, cosmetic rewards ( both new and back from season 15), and more. The new cosmetic rewards are the Laurels of Knowledge portrait and the Corvus Cadaverous pet. Season Journey Rewards are open so if you haven’t earned your four stash tabs on Season’s Journey, you can unlock another one by completing a series of tasks. Additionally, Season Conquest will be rotating with Sprinter/Speed Racer returning, along with Avarice/ Avaritia, and Masters of the Universe/Masters of Sets.

The update will also unlock Adventure mode for all accounts by default. The nature of Echoing Nightmares is also changing from a seasonal theme to a feature that players can get loot from and Augment materials, but they are reducing experience rewards by 83% in order to make sure players don’t feel compelled to do it over and over.

Read the full list for the upcoming season over at Diablo 3.