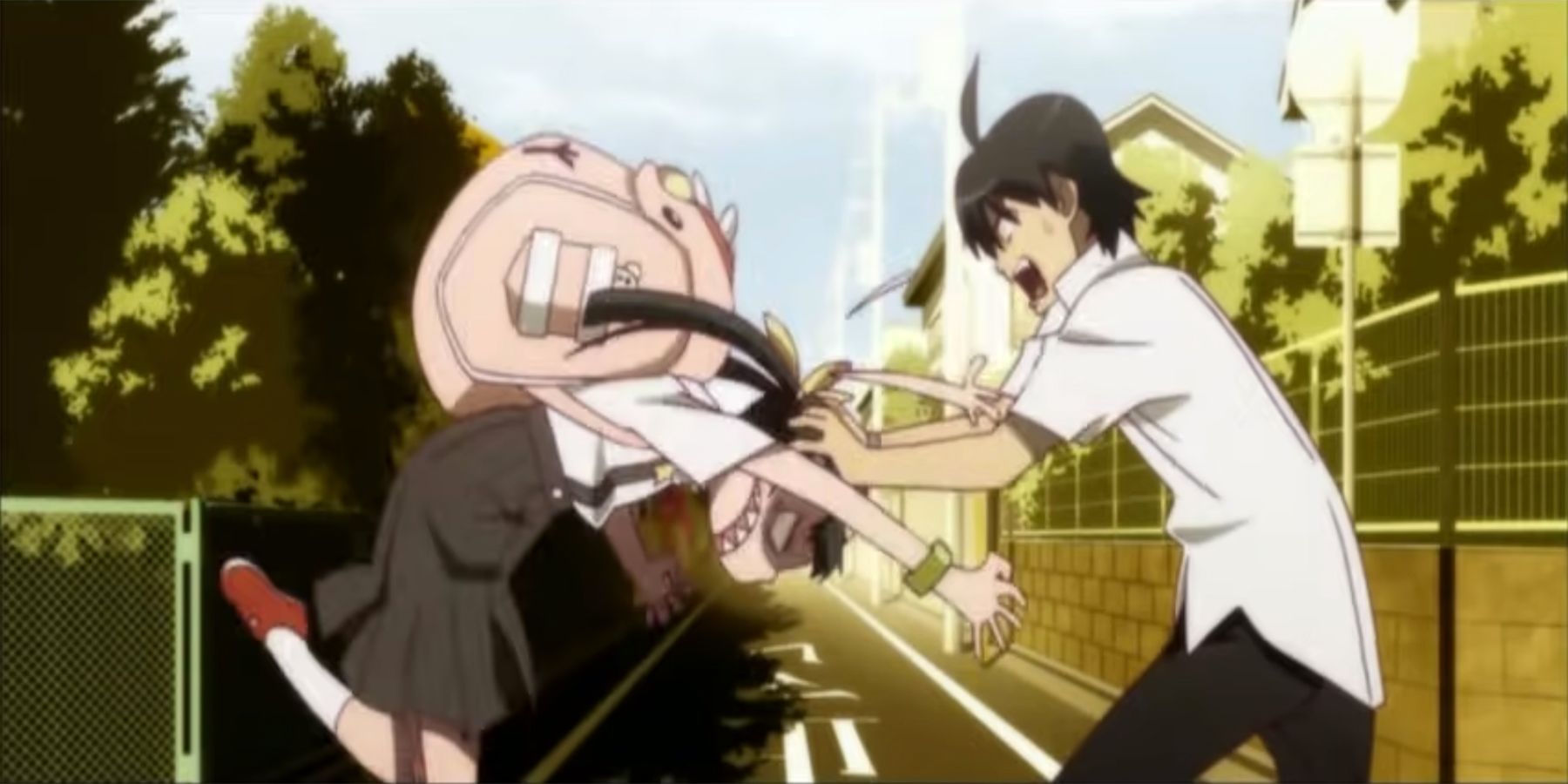 Using American humor as a comparison to Japanese humor, jokes often fall flat because of the unfamiliarity on both sides. Of course, as time goes on, humor evolves in accordance with the change in demographic and new workers taking the reins. For example, subjects of comedy in the 20th century wouldn’t be as well received as comedy in the modern day.

Though despite that, there is a clear-cut difference between styles of humor. Slapstick and irony are more widespread in Japan. Whereas wit, sarcasm, and cynicism are favored more in America. Because of the difference in comedic culture, media that uses different humor may not be as popular – Panty and Stocking for instance; was well received in America but almost unheard of in Japan.

RELATED: Best Anime From The 2000s

It’s safe to say that a large amount of comedies during this time relied heavily on sexism and discrimination for both cultures. Though Anime’s portrayal of it was more reliant on elements of harassment and an “over emotional” heroine, with a male protagonist, who’s meant to inspiration but his “funny” quirks are rooted in harassing women. Of course, not all early Anime relied on these tropes, a good amount of classics conveyed humor without harassment – and even others managed to incorporate these traits somewhat tastefully in Anime such as Great Teacher Inuzaka, whose personality was already established as a deviant from the get-go, and Naruto, who was portrayed as immature.

Though even despite those incorporations into their characters, there were still times when the jokes fell flat and were overused – hypersexual male protagonist peeps or accidentally peeps on the female protagonist, and she hits him. Rinse and repeat. The trope if it was used sparingly, could have made for a funny gag, but the objectification of female characters in question became overdone. It may have become an overdone joke in the West as well, but situational humor is more standard in Japan – a misunderstanding or miscommunication is seen as funnier than poking fun at a character.

In Japan, equal pay laws for both sexes weren’t passed until 2020 and the first female entrepreneur to successfully launch a business in the Tokyo Stock Market began around 2010. The Manga industry was primarily run by men, with very few female mangaka making the role. With the small role women played in society, they were also the butt of most jokes and comedies. Other Anime comedies would have married characters that either cheated on their wives or girlfriends and treated the revelations as jokes, when the latter got upset.

Needless to say, there were a lot of sexist values involved during production. In the US, there was a similar dilemma, but comedies relied more on stereotypes and the “dumb blonde” trope to deliver jokes. However, male characters didn’t consistently repeat said jokes – and rather than a misunderstanding from the male protagonists that drove the comedic narrative, it was instead the female characters that were written to make fun of themselves. While the subjects of jokes are mostly the same, the execution is much different.

As the 2010s were approaching, Anime saw a change in humor, and Japan had a change in leadership. While he had a mixed reception from the public when he was in office, late Prime Minister Shinzo Abe proposed Womeneconomics in 2013, a program to encourage more women to enter the workforce. In addition, female politician, Seiko Noda became a member of the House of Representatives in the Japanese government in 2005, and is has been an advocate of women’s rights and gender equality.

With the heavier presence of women in leadership positions, the humor in pop culture also began to change. In some cases, the same gags were used – but in a reversed order. Even long-running series’ that heavily relied on objectification of women for humor, like Naruto, began using men and what’s more, these situations were funnier because they were unpredictable. In episode 463 of Naruto: Shippuuden, Naruto relies on a “new technique” he created in order to defeat the enemy he was against. Because of the seriousness of the fight, viewers were expecting a heavy throw down – which they did somewhat, albeit in a much different manner. His famous “Sexy Jutsu” had gotten an upgrade to “Reverse Harem Jutsu”, which gave female viewers quite a view and Naruto the upper advantage against his opponent. The humor remained situational, but the punchline (no pun intended) was delivered differently.

RELATED: Uncle From Another World: Seeing The World Through Anime-tinted Glasses

As the gender gap in the industry began to thin, this also meant female perspectives were playing a role. Earlier Anime portrayed women as “chaste”, over emotional, and intimate infatuation was frowned upon. Humor became less about gender and more about character. Male and female characters were no longer walking tropes, but were instead well-rounded characters that all viewers could enjoy. Even the Anime directed toward women weren’t afraid to give them a show. Kiss Him, Not Me by Junko, a famed BL author who hit the small screen in 2016 as a reverse harem, tells the story of Kae Serinuma, a fujoshi who would rather see her male admirers date each other instead of her. The narrative stands out from other reverse harems in the way that the female characters are written more assertively.

Additionally, male characters are more objectified, and similar to earlier American humor, comedic aspects come from the character themselves rather than another outside force driving it. One example would be a scene in Konbini Kareshi, where Honda and Haruki argue over a girl. The argument escalates and one of them ends up tackling the other. Tired of the noise, Haruki’s younger brother barges into the room, telling them to quiet down, before jumping to the conclusion that his older brother was being intimate and tells on him. Situational humor, but Haruki and Honda’s actions made them the punchline.