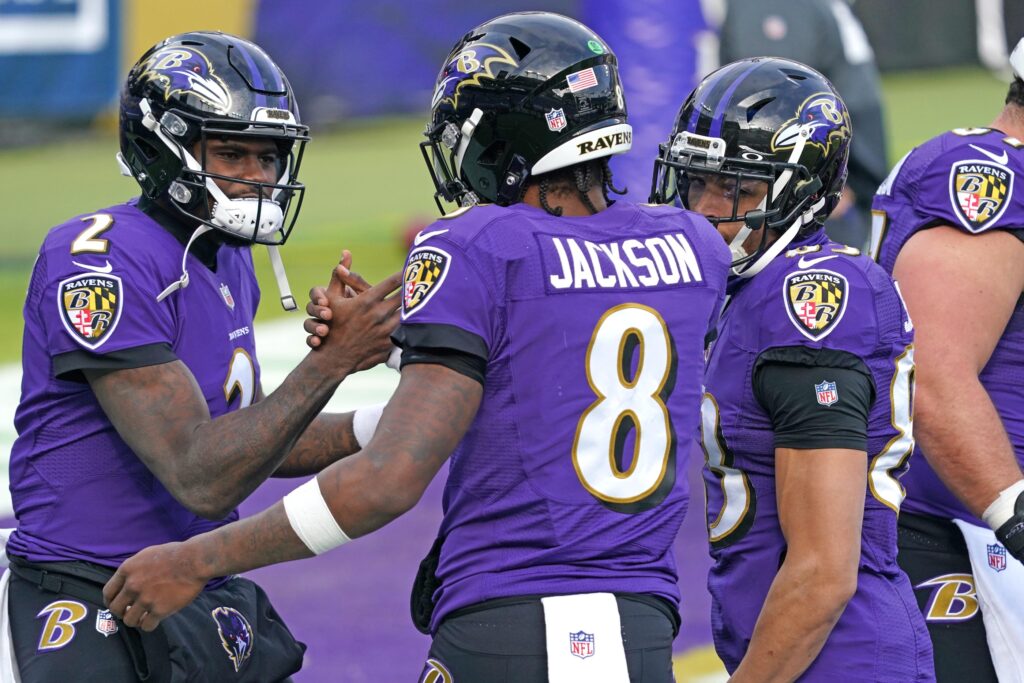 Lamar Jackson and the Baltimore Ravens have yet to reach an agreement on a long-term extension, and the 25-year-old quarterback wants a new deal completed by Week 1. As the Ravens continue to negotiate with the former MVP, they’re holding onto one key piece of leverage: backup QB Tyler Huntley.

Jackson hasn’t shown any sense of urgency while working out a new contract with the Ravens, but he’s now seemingly put a Week 1 deadline on negotiations. Given that he doesn’t have an agent and represents himself, Jackson likely doesn’t want to consider proposals once the season gets underway.

“We’re coming up to it. It’s coming up,” Jackson told reporters on Saturday. “The season’s coming up. We’re going to be good for the season.”

Does Jackson want to have his contract situation wrapped up by Week 1? “Yeah, for sure,” he replied.

Jackson may be seeking any number of benefits in his next deal, including the highest annual average in league history, a three-year cash flow that tops Aaron Rodgers’ $150+ million, or a fully guaranteed contract à la Deshaun Watson.

The Ravens are clearly interested in retaining Jackson — on their own terms. Baltimore’s front office has often been willing to give players large guarantees in exchange for a reduced AAV. Jackson, however, may not want to make any sort of concessions. He could theoretically play out his fifth-year option in 2023 and accept two consecutive franchise tags before hitting the market in 2025.

Jackson holds leverage, but Huntley gives the Ravens optionality. While he’s not an All-Pro like Jackson, Huntley is one of the better backup quarterbacks in the NFL. He played extremely well in Baltimore’s first preseason game on Saturday, completing 16 of 18 passes for 109 yards and a touchdown while rushing three times for 17 yards.

Last season, Huntley appeared in five games as the Ravens’ primary QB while Jackson was sidelined. All told, he completed 64.9% of his attempts for 1,081 yards, three touchdowns, and four interceptions. Huntley added 47 rushing attempts for 294 yards (6.3 ypc) and scored two TDs on the ground.

From Weeks 11-18 (which encompasses all of his games as Baltimore’s QB), Huntley ranked 20th in EPA + CPOE composite. During that span, he was just behind Kyler Murray, tied with Matt Ryan, and ahead of other premium No. 2 quarterbacks such as Teddy Bridgewater and Taylor Heinicke.

While Huntley may not be a quarterback a team wins because of, he is a signal-caller a club can win with. In 2021, he showed a willingness to force the ball to his top receiving weapon, tight end Mark Andrews. Huntley sent 53 of his 188 passing attempts Andrews’ way, good for a 28.2% target share that would have ranked third league-wide over the course of the entire season.

If Jackson goes down again this season, the Ravens can rest easy knowing they have a competent backup with a playstyle similar to that of their starter. Huntley isn’t at Jackson’s level, but his mere presence could allow Baltimore to adopt a stingy attitude when negotiating with Lamar.

The NFL didn’t think much of Huntley when he entered the 2020 draft. In fact, the league thought so little of him that he wasn’t even invited to the Combine. That’s despite the fact that Huntley was a productive three-year starter at Utah and had just been named first-team All-Pac-12 in his senior campaign.

Even after Huntley landed in Baltimore as an undrafted free agent, the rest of the NFL had the opportunity to scoop him up. The Ravens waived him during final cutdowns before signing him to their practice squad. Any team in the league could have claimed Huntley and added him as a developmental option, but no one did.

Now that he’s shown he can play at the NFL level, Huntley’s future becomes all the more interesting. Assuming the Ravens eventually hammer out an extension with Jackson, Huntley could turn into a valuable trade chip.

Huntley has only accrued one year of NFL experience, so he’ll be an exclusive rights free agent in 2023. He’ll reach restricted free agency in 2024 before hitting the open market in 2025. So, if the Ravens hold onto Huntley this season before trading him next spring, an acquiring team would get two years of cost control.

As the NFL continues to move away from traditional pocket passers and toward mobile athletes, Huntley should attract interest around the league. If he gets to showcase his talent again in 2022 as the result of a Jackson injury, Huntley’s value could increase to the point where Baltimore might feel almost compelled to trade him.