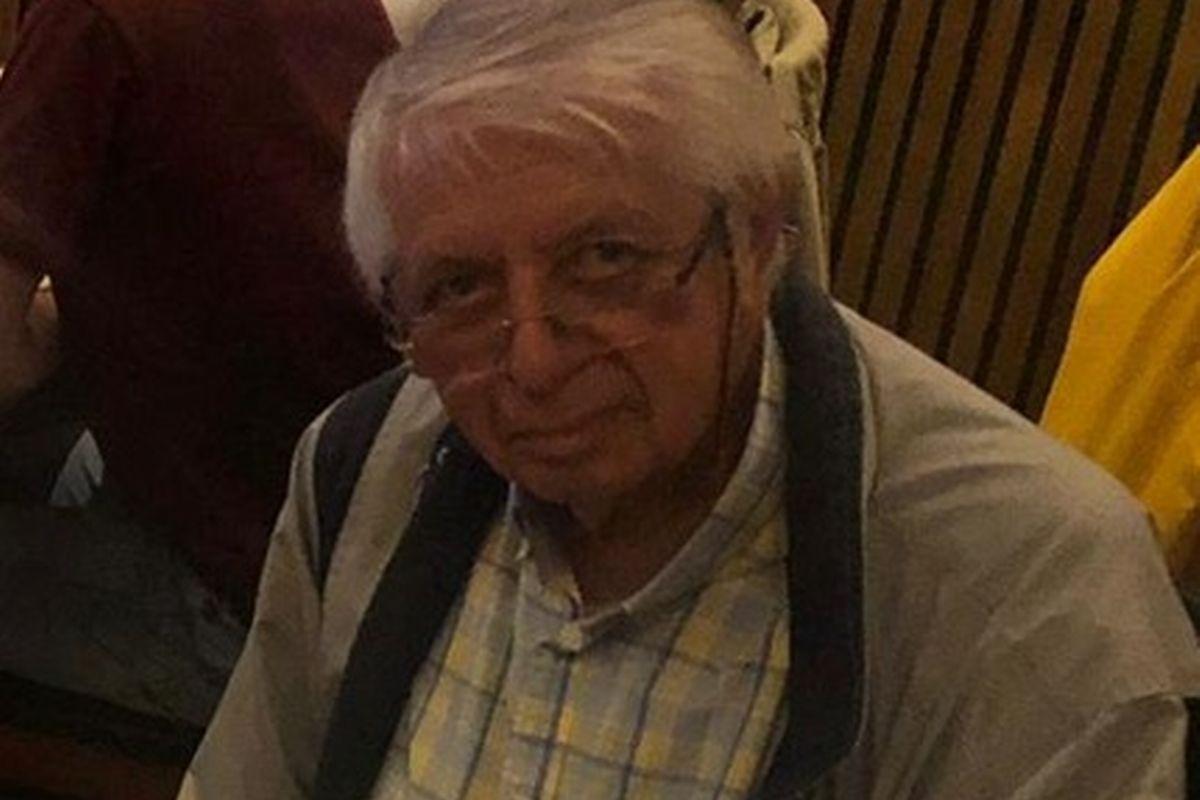 A massive search is underway for the body of OAP Peter Coshan, who was last seen in the Seafield Road area of the city shortly before midnight on Thursday, August 11.

He was reported missing the following day, prompting exhaustive enquiries by police officers and door-to-door questioning of his neighbours.

Two men have now been arrested and charged in connection with Mr Coshan’s disappearance. They are due to appear in private on petition from custody at Edinburgh Sheriff Court on Thursday afternoon.

Peter Coshan: Police Scotland say the Edinburgh OAP has been murdered but have yet to find the 75-year-old’s body

In a statement, Police Scotland said that officers “can confirm that Mr Coshan is believed to be dead” and they are treating his death as murder.

However, his body is yet to be recovered and an appeal has been launched for anyone with information to come forward so that it can be recovered.

The suspects being held in custody after initially being detained by officers for questioning are aged 27 and 63.

.In a direct appeal for information, Detective Superintendent Andrew Patrick, of Police Scotland Major Investigation Team said any potential witnesses can contact the force anonymously via the Crimestoppers charity.

He urged anyone who even suspects that they know something about Mr Coshan’s disappearance to come forward.

Det Supt Patrick said: “Our thoughts are very much with Peter’s family at this difficult time.

“Extensive enquiries are ongoing to trace Peter and I would encourage anyone with any information regarding Peter’s disappearance to contact police as a matter of urgency.

“Any piece of information, no matter how small or insignificant you think it is, could prove vital so please do pass it on to officers.

“We have also set up a website that gives members of the public access to a form to send information directly to the Major Investigation Team.

“You can select to remain anonymous when submitting information.

“The portal can be accessed at: https://mipp.police.uk/operation/SCOT22S27-PO1

Anyone with information is asked to call Police Scotland on 101 quoting incident number 1745 of 12 August, 2022.

Alternatively information can be passed anonymously via the charity Crimestoppers on 0800 555 111.