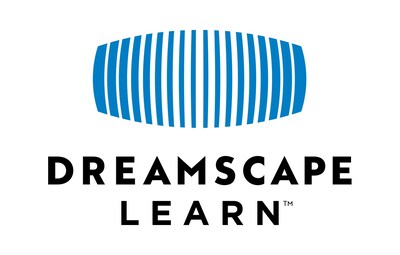 Josh Reibel served as the founding COO of Wireless Generation and President of Amplify Education; will now bring the power of cinematic storytelling and VR to K-12 and college classrooms as CEO of Dreamscape Learn

LOS ANGELES, Jan. 25, 2023 /PRNewswire/ — Dreamscape Learn, the joint venture between Dreamscape Immersive and Arizona State University (ASU), today announced the appointment of Josh Reibel as the company’s first chief executive officer. With decades of experience in education technology, Reibel will lead the nation’s most ambitious efforts to integrate VR into both K-12 and postsecondary education. Earlier this month, Dreamscape Learn announced the completion of a $20 million Series A investment, led by Bold Capital Partners, GSV Ventures, Verizon Ventures, and Cengage.

“As an executive whose career spans classroom teaching, university research and development and highly successful ventures in both K-12 and higher education, Josh brings both the savvy of a seasoned corporate leader and a deep appreciation of what it takes to capture the imagination of students and bring learning to life,” said Walter Parkes, founder of Dreamscape Immersive. “Over the last several months, Josh has been an invaluable advisor to Dreamscape, and we’re thrilled to have him now at the helm. His experience reflects a belief that putting technology in the hands of educators can drive powerful outcomes.”

As founding president of Wireless Generation, Reibel led a team that pioneered the use of mobile assessment from the startup stage to more than 1,000 employees and $100 million in revenue. Reibel oversaw the sale of Wireless Generation to News Corporation in 2010, when the company was rebranded Amplify Education. He went on to serve as CEO of Amplify Learning, where he oversaw the development of a groundbreaking digital curriculum. Most recently, Reibel served as CEO of Sokanu, the popular career navigation platform used by millions of students and learners to explore and pursue career pathways. He later led the sale of Sokanu to Penn Foster in 2021, bringing Sokanu’s data-driven approach to career advancement to more than 300,000 Penn Foster students each year.

“Sustaining student engagement has always presented a vexing challenge, particularly in STEM courses that we know significantly impact the success and trajectory of learners. The first time I experienced Dreamscape Learn, I saw the immediate opportunity for an entirely new curricular experience that can captivate students and power deep learning,” Reibel said. “Dreamscape Learn is combining cinematic narrative, advanced pedagogy designed by world class subject matter experts and groundbreaking VR technology in a unique way that enables faculty and schools to offer transformational learning experiences that are as rigorous as they are motivating. I’m thrilled to be joining the team to bring ASU and Dreamscape’s collaboration to the field.”

Dreamscape Learn is the result of a unique collaboration between ASU and Dreamscape Immersive, an avatar-based VR company founded by former Dreamworks Motion Pictures head, Walter Parkes. With an initial focus on STEM education in K-12 and higher education, Dreamscape Learn recently piloted its VR-enabled biology lab “Biology in the Alien Zoo,” a concept developed by Parkes and Academy Award-winning director and producer Steven Spielberg that transforms ASU students into field biologists within a virtual wildlife sanctuary for endangered life-forms.

A graduate of Harvard College, Reibel began his career as a high school teacher. He later served as the Ben D. Wood Fellow in Communications, Computing and Technology at Teachers College, Columbia University and associate director of the Institute for Learning Technologies. Josh holds a Master of Education degree from Columbia University Teachers’ College.

“Josh has spent his career bringing innovative technologies to bear on education’s most pernicious challenges. Since my own time collaborating with Josh at Columbia University, he’s been a tireless champion of pedagogically-centered technology that can help to address long standing equity gaps in education,” said Michael Crow, president of ASU. “He is the obvious choice to bring Dreamscape Learn to the field.”

About Dreamscape Learn: Dreamscape Learn is a collaborative venture between Dreamscape Immersive and Arizona State University, merging the most advanced pedagogy with the entertainment industry’s best emotional storytelling. Dreamscape Learn redefines how we teach and learn in the 21st century, while aiming to eliminate student learning gaps.