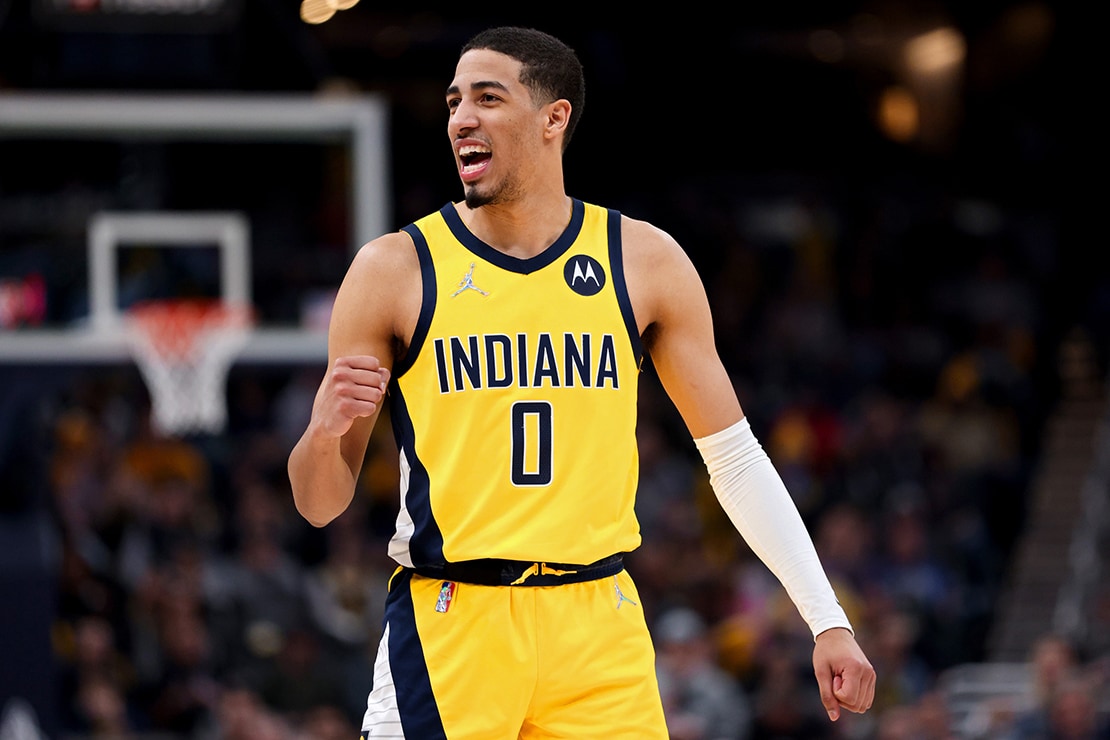 After much anticipation, the 2022-23 NBA schedule was officially released on Wednesday. In just 63 days, the Pacers will tip off the new season at Gainbridge Fieldhouse.

Pacers fans are eager to see the new-look Blue & Gold take the floor and they now know exactly when and where they can see the squad in action. There are certainly some interesting quirks to this year’s calendar. Here are eight takeaways from Indiana’s 2022-23 schedule.

The Pacers opened on the road last season, but they’ll back in the friendly confines of Gainbridge Fieldhouse to start the 2022-23 campaign, the sixth time in the last seven seasons Indiana has opened the regular season at home.

The Pacers will welcome the Washington Wizards for Opening Night on Wednesday, Oct. 19, but that’s just the start of a busy first week at the Fieldhouse. Indiana will host three games in four days to start the season, with back-to-back contests scheduled against San Antonio on Friday, Oct. 21 and Detroit on Saturday, Oct. 22.

That opening homestand will also afford fans plenty of opportunities to check out the latest upgrades to Gainbridge Fieldhouse after a busy summer of renovations.

That first weekend also highlights one of the unique quirks of this year’s schedule. The Pacers have four home back-to-backs scheduled over the first four months of the season.

After the opening weekend, the Pacers will host Washington and Brooklyn on Dec. 9 and 10. They have another appetizing doubleheader in early 2023, with Trae Young and the Hawks visiting on Jan. 13 followed by Ja Morant and the Grizzlies the next night.

And then in February, LeBron James and the Lakers make their lone visit of the season on Feb. 2, followed by the likely return of two-time All-Star Domantas Sabonis with the Kings the following evening.

As an added bonus, the first three of those home back-to-backs fall on Friday and Saturday, while the Lakers-Kings doubleheader takes place over a Thursday and Friday. Additionally, 21 of Indiana’s 41 home games during the regular season fall over the weekend on a Friday, Saturday, or Sunday.

Overall, the Pacers have 14 total back-to-backs this season, with three sets scheduled in both December and January.

The Pacers will once again host two traditional home games over the holidays.

Indiana will once again play on the Friday after Thanksgiving (Nov. 25), hosting the Nets at 8:00 PM following the Circle of Lights tree-lighting ceremony on Monument Circle earlier that evening.

The Pacers will also be at Gainbridge Fieldhouse on New Year’s Eve, when they welcome Paul George, Kawhi Leonard, and the Clippers for a 3:00 PM matinee.

Those are the only holiday home games for the Blue & Gold, but they have several more games scheduled for holidays. After trick-or-treating on Halloween night, Pacers fans can munch on their candy while watching Indiana in action in Brooklyn. The Pacers will also play an afternoon game in Milwaukee on Martin Luther King Jr. Day (Jan. 16) and close out the regular season on Easter Sunday (April 9) in New York against the Knicks.

Following the Gold Friday game against the Nets, Pacers players and coaches will need to pack their suitcases tightly, as the team will embark on one of the longest road trips in team history. Indiana is scheduled for a seven-game trip from Nov. 27 to Dec. 7.

How unusual is a seven-game road trip? The last time the Pacers had a trip of that many games was from Feb. 27 – March 9, 1986. That was a full six years before the oldest player on the current Pacers roster (T.J. McConnell) was born and so long ago that head coach Rick Carlisle – now 62 – was in his second NBA season as a player.

This unusually long jaunt will take Indiana to all five NBA cities on the West Coast, opening with back-to-back games in L.A. against the Clippers (Nov. 27) and Lakers (Nov. 28). The team also makes a pit stop in Utah on Dec. 2 in addition to visits to Sacramento (Nov. 30), Portland (Dec. 4), and Golden State (Dec. 5) before stopping in Minnesota to close out the trip

Each year presents the opportunity for former players to return to Indiana for first time and the Pacers’ recent roster turnover means that there are several of those potential dates next season.

Believe it or not, two-time All-Star Victor Oladipo still has not returned to Gainbridge Fieldhouse since being traded in January 2021 due to injuries. Assuming he remains healthy, Oladipo should make his long-awaited return on Nov. 4 with Miami.

Sabonis also missed his first opportunity to come back to Indiana last season due to injury, but he and the Kings will be in town on Feb. 3.

Injuries limited T.J. Warren to just four games over his last two seasons with the Pacers, but he’ll have two opportunities to return with the Nets – Nov. 25 and Dec. 10.

And finally, after being traded to Boston in July, Malcolm Brogdon will have just one chance to return to Gainbridge Fieldhouse in the regular season. The Celtics visit for the first game after the All-Star break on Feb. 23.

Fans are always eager to find out when the league’s biggest stars will be in town, especially those on Western Conference teams that make just one trip per year to Indiana.

In addition to LeBron and the Lakers’ aforementioned visit, the other game that figures to draw the most interest is Dec. 14, when Steph Curry and the Warriors – fresh off their fourth title in the last eight years – come to town.

Two-time reigning MVP Nikola Jokic and the Nuggets will be in town on Nov. 9. The man who won the two previous MVPs, Giannis Antetokounmpo, will lead the Bucks into the Fieldhouse on Jan. 27 and March 29. Chris Paul, Devin Booker, and the Suns head to Indy on Feb. 10, while Luka Doncic and the Mavericks will make a late-season visit on March 27.

Historically, the NBA has only not scheduled games on three dates – Thanksgiving, Christmas Eve, and the night of the NCAA men’s tournament championship game (usually the first Monday in April). The league added a fourth league-wide off day this season – Nov. 8, which is Election Day.

The move is designed to encourage fans to exercise their civic duty and vote, a noble cause. But the day before everyone heads to the polls, the league has packed the schedule.

On Monday, Nov. 7, all 30 teams will be in action. Fifteen games will be staggered with tip times every 15 minutes from 7:00 PM to 10:30 PM ET. The Pacers will be the fourth game in that lineup, hosting Zion Williamson and the Pelicans at 7:45.

For the second straight season, the Pacers have just one game scheduled to air nationally on basic cable. Indiana’s game at Washington on Oct. 28 is slated to air on ESPN.

Three additional Pacers games will air on NBA TV – Oct. 31 at Brooklyn, Dec. 4 at Portland, and March 24 at Boston – meaning all four of the Pacers’ initial national television games will take place on the road.

The league always adjusts the schedule over the course of the season and “flexes” certain games into national broadcasts, so the Pacers could pick up more national games with strong play during the season. But because they are not slated to have any games air on ABC or TNT, Bally Sports Indiana will likely carry all 82 games locally (the local television and radio schedule will be finalized at a later date).