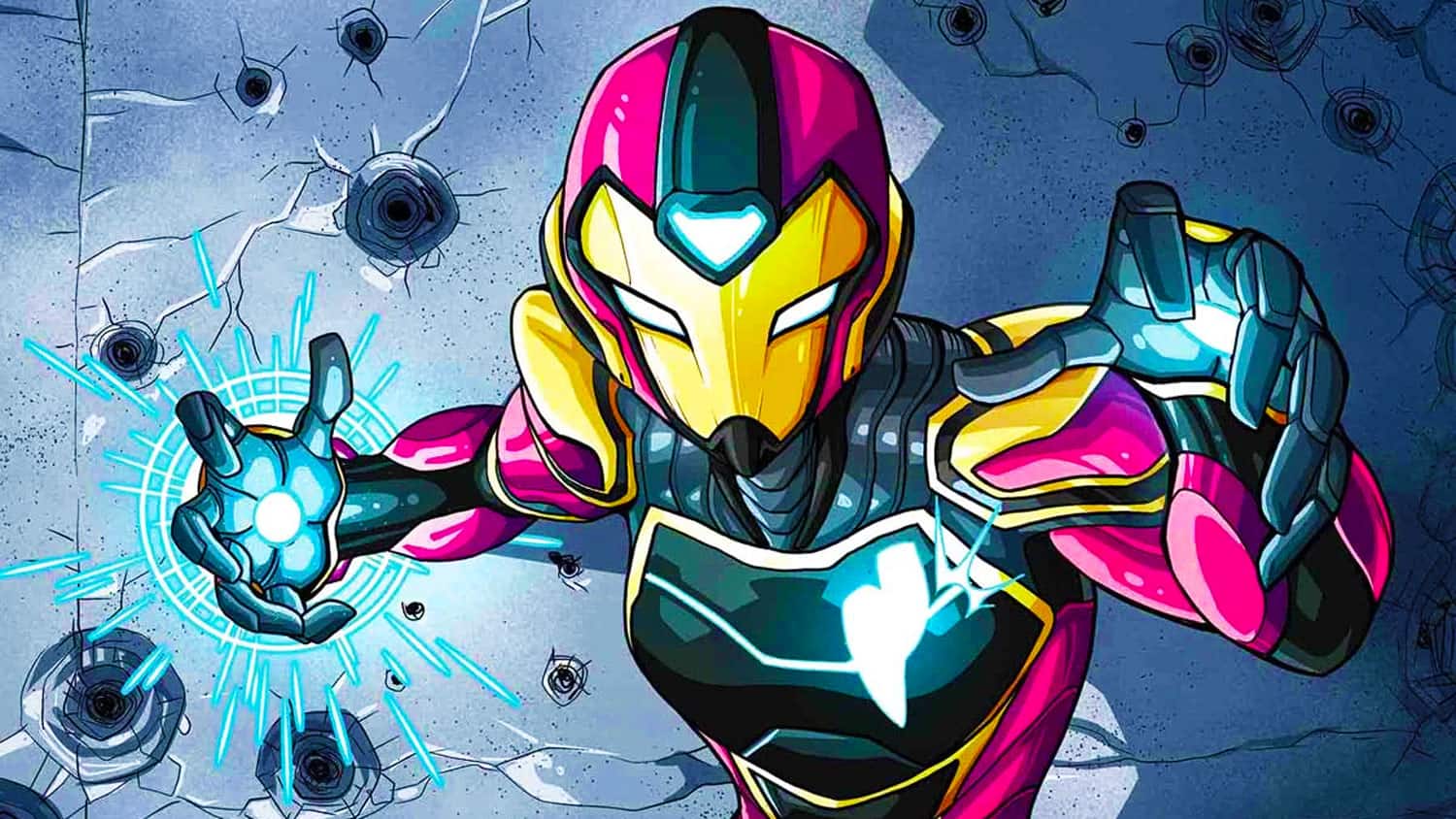 We finally have our first look at Ironheart in the suit in the upcoming Marvel Cinematic Universe (MCU) Disney Plus series. You can check out the Ironheart suit for yourselves in the tweet below.

Now, in the image posted in the tweet above, you can see actor Dominque Thorne in the Ironheart suit. The suit will be mostly CGI by the looks of it.

That said, there is another image which shows the whole Ironheart suit, and I have to say that it really does look very impressive indeed. Here’s the tweet with an image of the full suit:

There is so much to like about this suit. It does look quite a bit like the War Machine suit, but the colouring is a lot more like the Ironheart suit we know and love from the comics.

I do think that as time goes on, the suit will start to shrink a bit and look a little bit more like the suit we’re used to seeing in the comic books. This is exactly what happened to Tony Stark’s Iron Man suits in the MCU.

Remember the first suit he made in the first Iron Man movie? That thing was bulky as hell! It still looked super cool though, and I really loved seeing him tinker with the suit over the years and then end up with the incredible suit he had in Avengers: Endgame.

Riri Williams will be first introduced in Black Panther 2

It does seem as though Dominique Thorne’s Riri Williams is going to go through a similar journey in the MCU. She’ll be first introduced to the MCU in the upcoming Black Panther movie, Black Panther: Wakanda Forever.

We’ll then get to see her in her own Disney Plus MCU series, which is just being called Ironheart. The series will star Thorne alongside Solo: A Star Wars Story’s Alden Ehrenreich and the series is scheduled to premiere on Disney Plus in late 2023. It’ll be part of the MCU’s Phase 5.

What do you make of this news? Are you looking forward to watching this new Ironheart series when it’s finally released on Disney Plus? Let us know your thoughts in the comments below.