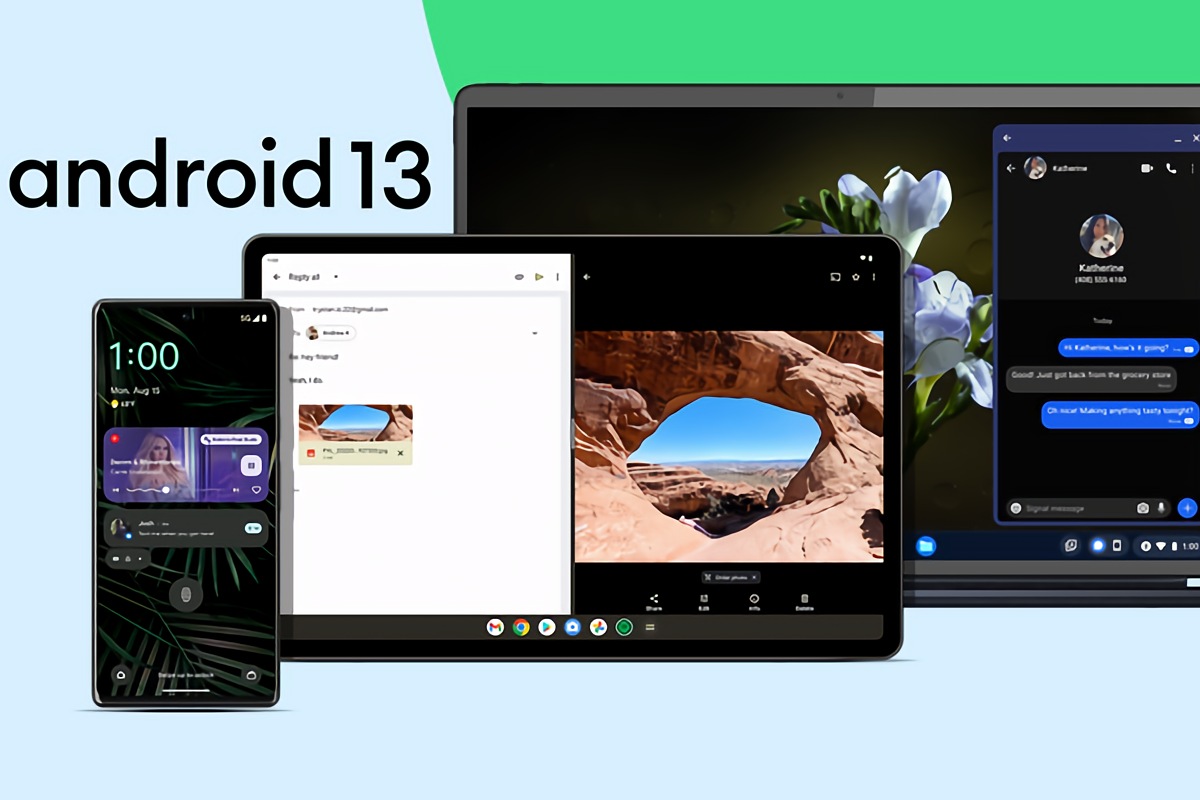 The day has finally arrived for Android phones to get their big yearly update. Google released the stable Android 13 update today, and if you have a Pixel 4 or later model in your hand, the update notification will pop up soon. I’ve already got it on my Pixel 6a, and installation is underway.

Google says that phones from Samsung, OnePlus, Nokia, Oppo, Realme, and Xiaomi, among others, will start getting the update later this year. You can expect these brands to make an official announcement regarding the update road map for their respective phones in the next few days.

Aside from rolling out the stable Android 13 build for Pixel phones, Google has also pushed it to the AOSP channel, which means the code is now available to manufacturers and developers to tinker with and work on custom ROMs.

Android 13 is not as big of an aesthetic overhaul as Android 12 was, with the focus on smaller refinements that are actually meaningful. To start, you can now set the UI language for applications on a per-app basis. The Bedtime Mode now lets you play with wallpaper dimming and dark theme effects.

On the security side of things, the overhauled media permission system now lets you grant access to just the selected media files for an app. An app can no longer get blanket access to your entire gallery if you don’t deem it necessary.

Plus, if you are worried that sensitive data copied on your clipboard leaves you vulnerable, Android 13 performs an auto-delete for all the clipboard stuff at a regular interval. Moreover, apps can no longer seek location access for finding nearby Wi-Fi devices.

Another tweak that will make life easier for users is a refined notification system. Now, an app needs explicit permission before it can pop up a notification. Android 13 also adds an API that will allow users to control the brightness levels of the LED flash on their phone.

For multitasking, especially on the large screen of tablets, Android 13 enables multi-window mode for all apps by default. Plus, an app drawer has been added to the taskbar, complete with support for drag-and-drop to open an app in split-screen mode and copy-pasting content.

On the audio side of things, Android 13 embraces the Bluetooth LE Audio standard that brings benefits like a high-quality audio experience while using less energy, thanks to the new LC3 audio codec. Bluetooth LE Audio enables support for hearing aids, introduces Spatial Audio with head tracking, and allows audio broadcasting to multiple devices.

Android 13 also makes some changes to the Camera2 API, which includes standardizing HDR video capture and preview for media stabilization. Finally, there are a whole bunch of fixes for existing issues and performance improvements.