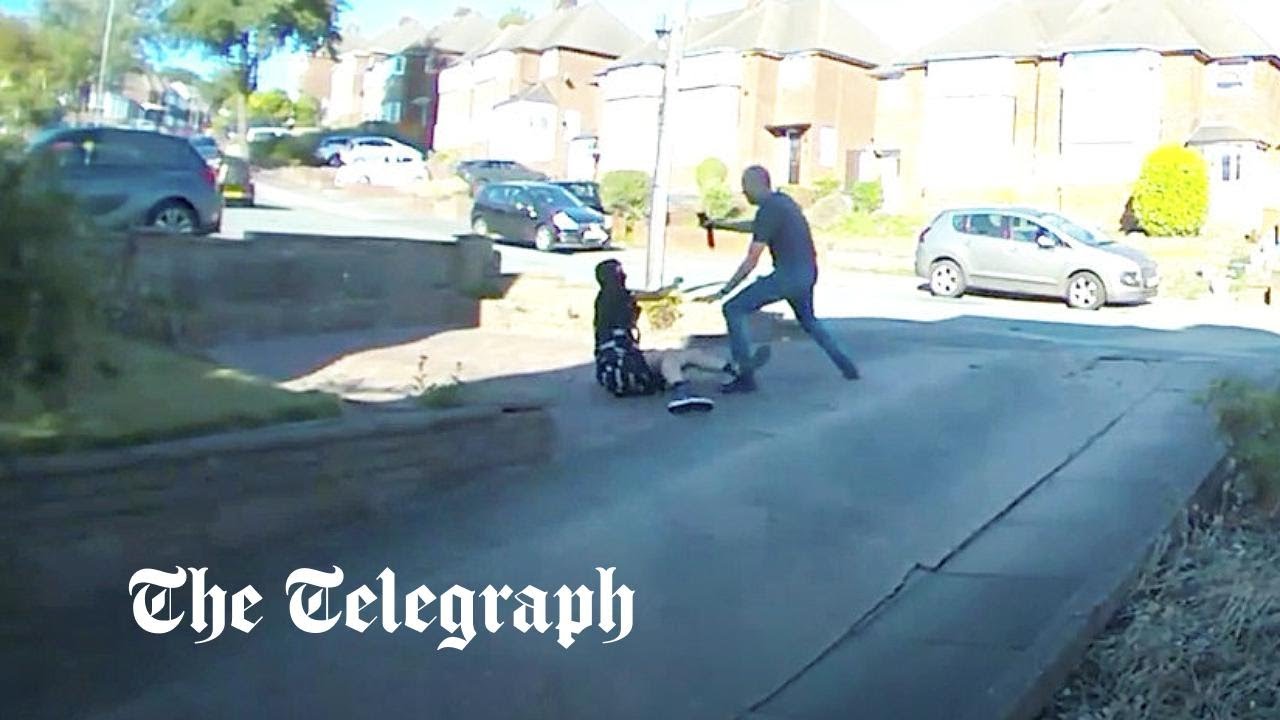 Mr Muller said on Monday: “At my age, I shouldn’t be forced to take the law into my own hands – especially after having a heart attack – but I don’t know what else to do.

“The police just don’t seem interested. It has slowly escalated and I’m worried what is going to happen next.

“It began with them just banging on the doors, they shout abuse and trample my garden. They throw stones at my house. It’s all a laugh to them.

“On this occasion I saw them coming and thought I’d try and detain them for the police, but it was a silly idea because they were armed.

“They had a metal chain or a dog lead that they hit me with, luckily I wasn’t too badly hurt.

“I had a cut to my ear, some bruises and a few aches and pains, but nothing I can’t deal with

“I just thought they can’t keep getting away with this and I wanted to defend my home.

“The police have been today but say because they are wearing masks, they have pretty much no chance of catching them.

“But somebody must recognise them. All the police ever do is come and record it and go away.

“They even said to me, be careful what I do in future because it could me that ends up getting into trouble. All I’m doing is trying to protect my home.

“The police say ignore them, but they need to sort them out because it’s giving them the message they can get away with his behaviour.

“I’m scared to go out now and I’m constantly checking my CCTV or looking out my window. The stress is not good for me.

“This used to be a nice area but the place is going downhill. There’s been up to 14 of them outside my home at one point. Sometimes they come on electric scooters

“I don’t know why they have singled me out. I am just concerned that it’s building up to something worse.

“The longest time I’ve been without trouble for is a month, now it can be every day and I don’t know where to turn. It’s just getting worse and worse.

“It can be twice a day, so I’ve written to the chief constable pleading for help. I don’t think I’m a person who is easily intimidated but it’s gotten out of hand.

“I’ve not had a reply, which is quite disappointing, but I just need the police to catch these guys.”