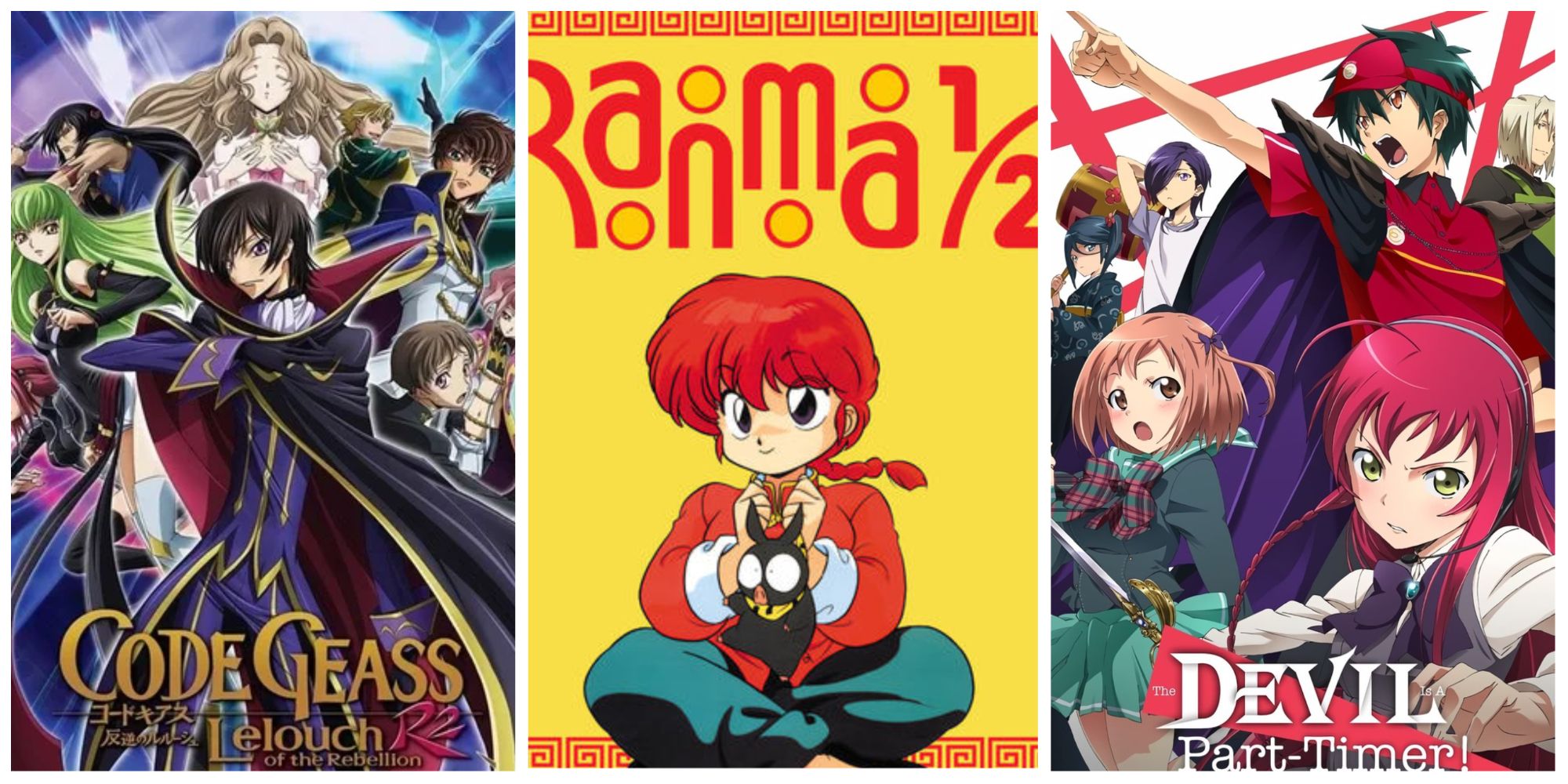 The harem romance trope, and its reverse incarnation, is one that has long been associated with the anime medium. It’s a trope that has managed to worm its way out of animes that specifically revolve around romance and find hosts in a variety of genres, which is also where it tends to garner the most criticism.

More and more anime fans have begun to push back against the harem trope, finding it not only to be purposeless and cliche, but detrimental to the development of an anime’s plot and characters. To prove their point, here are some incredibly enjoyable animes that got weighed down by their harems.

This shonen anime about a highly immersive, virtual reality MMORG that becomes far too real boasted incredible popularity at its peak, and is still spawning video games and films. Despite its undeniable mainstream appeal, one of the main criticisms leveled against the franchise is its harem romance elements.

Although the main character, Kirito, only has eyes for one woman, just about every girl in the series develops feelings for him at some point in the story. Only one of these unrequited loves holds any significance to the plot, so the rest of these one-sided romances just watered down the story and contributed to Kirito’s already present Gary Stu complex.

Considered not only one of the best titles in the mecha genre but in anime as a whole, Code Geass has been acclaimed for its intriguing premise, complex moral issues, and political themes. Unfortunately, the show couldn’t resist dipping into the harem trope thereby cursing the fandom with an eternal ship war in a tiresome effort to conclude who Lelouch’s true love really was.

Rather than devolve its mature story in amorous ambiguity, it would’ve been far better for Code Geass to focus on developing a single romantic relationship while simultaneously forging Lelouch’s bonds with the other female characters as distinctly special to him yet platonic in nature.

8 Highschool Of The Dead

Although ridden with more than a little gratuitous fanservice, Highschool Of The Dead is a great guilty pleasure anime for gore and zombie fans. It even has a few genuinely heart wrenching moments. Those moments would probably be greater in number if the show didn’t spend so much time having all the female characters being thrown at the main character, Takashi.

Takashi’s harem not only takes time away from exploring the show’s apocalypse premise but also undercuts the development of the primary bond in his life, his relationship with childhood love, Rei.

This supernatural rom-com anime might as well be named, “Monster Girl Fan Service”. Underneath the copious amount of panty shots littering the screen is an incredibly fun story about an unassuming high school boy who mistakenly enrolls himself in a boarding school for monsters and wins the hearts of several peers with his seemingly irresistible humanity.

While the manga series is commended by fans for balancing its harem foundation with plot and character development, the anime adaptation’s second season in particular, allows the harem (and the adjoining fan service) to consume the show, leaving its narrative and lovably quirky characters on the sidelines.

Kamisama Kiss is a charming shojo anime about Nanami, a homeless teenager who in a peculiar turn of events, becomes the interim deity of a local shrine and seals a contract (through a kiss) with kitsune yokai, Tomoe, to aid her as her familiar. It is very clear from the first episode that Nanami’s only genuine love interest is Tomoe so the reverse harem that starts being built once new characters enter the picture feels a bit pointless.

It could be that the reason why the majority of male characters display some form of attraction (whether romantic or merely sexual) toward Nanami is to indicate how desirable and amazing she is. If so, perhaps another method would’ve made for a better asset to the story.

5 My Bride Is A Mermaid

This summery rom-com’s plot is as eccentric as its title, revolving around Nagasumi, a teenage boy who finds himself engaged to a mermaid (who also happens to be the daughter of a literal undersea yakuza boss) after she saves him from drowning. My Bride Is A Mermaid fully embraces its absurdity, and is a hilarious ride from start to finish as Nagasumi and his new wife, Sun, adjust to their sudden newlywed status.

Along the way, Nagasumi accidentally attracts a few admirers just by existing, seemingly for the sake of having some shounen cliches which don’t add much plot or comedy-wise. Except of course, for Masa. Masa is perfection.

An anime comedy-action classic, this tale about a teen martial artist who turns into a girl when hit with cold water and his forced fiancee, features not only a harem but a reverse harem as well. Ranma ½’s dual harems are actually enjoyable in the beginning, with the romantic advances from other characters revealing the hidden feelings the main characters, Ranma and Akane, harbor for each other.

However, as the plot begins to drag on and the couple continues to tiptoe around their feelings, the side characters’ constant antics and inability to accept defeat get annoying. The anime ends without much of a climax but readers of the original manga were subjected to an ending where the love rivals crash Ranma and Akane’s wedding, resulting in it being postponed and absolutely nothing is resolved.

3 The Devil Is A Part-Timer!

This comedy anime about Satan being transported to modern-day Japan and working at an off-brand McDonald’s managed to snag a second season nearly ten years after its first season aired. With an endearing cast and no shortage of funny moments, the first season amassed a sizable fanbase. However, many of those same fans are on edge about the anime’s future.

Related: The Devil Is A Part-Timer: 8 Strongest Characters, Ranked

Although the first season featured multiple love interests for Sadao, formerly known as Satan, it seemed that the female lead, Emi Yusa, was quite literally in the lead. However, the anime’s already concluded light novel series went in a romantic direction that not only shocked readers but angered many who felt they had been misled by the author. This disappointment which has now been converted into anxiety over the anime could’ve been avoided if the story hadn’t built up hope in more than one pairing.

2 No Game No Life

Many viewers have a love-hate relationship with this isekai anime about two hikikomori, gamer step-siblings, Shiro and Sora, who are given the chance to enter a world in which all things are decided based on the outcomes of games, and begin battling their way to the top. There has been much praise for the anime’s vibrant art style and the depth of the gaming strategies utilized by the characters.

However, even fans of the series have expressed distaste for its harem aspects which seem primarily present simply for fan service. In particular, the implication that Shiro, who’s not biologically related to Sora but is eleven years old, is a member of Sora’s harem has been too much for viewers to stomach.

1 The Rising Of The Shield Hero

A reminder that anime isn’t finished with the harem trope yet, The Rising Of The Shield Hero is a popular isekai fantasy about a university student, Naofumi, who finds himself in a surprisingly cruel, magical world with only a legendary shield to his name. Although his journey as a hero starts off rocky, as Naofumi gains allies in an effort to survive fighting monsters, he starts to once again open his heart to this new land.

Several characters have already opened their hearts to him though, and fans are hoping despite the already established harem elements, the anime doesn’t follow in the web novel’s footsteps which concluded in an actual harem with Naofumi marrying all his love interests.