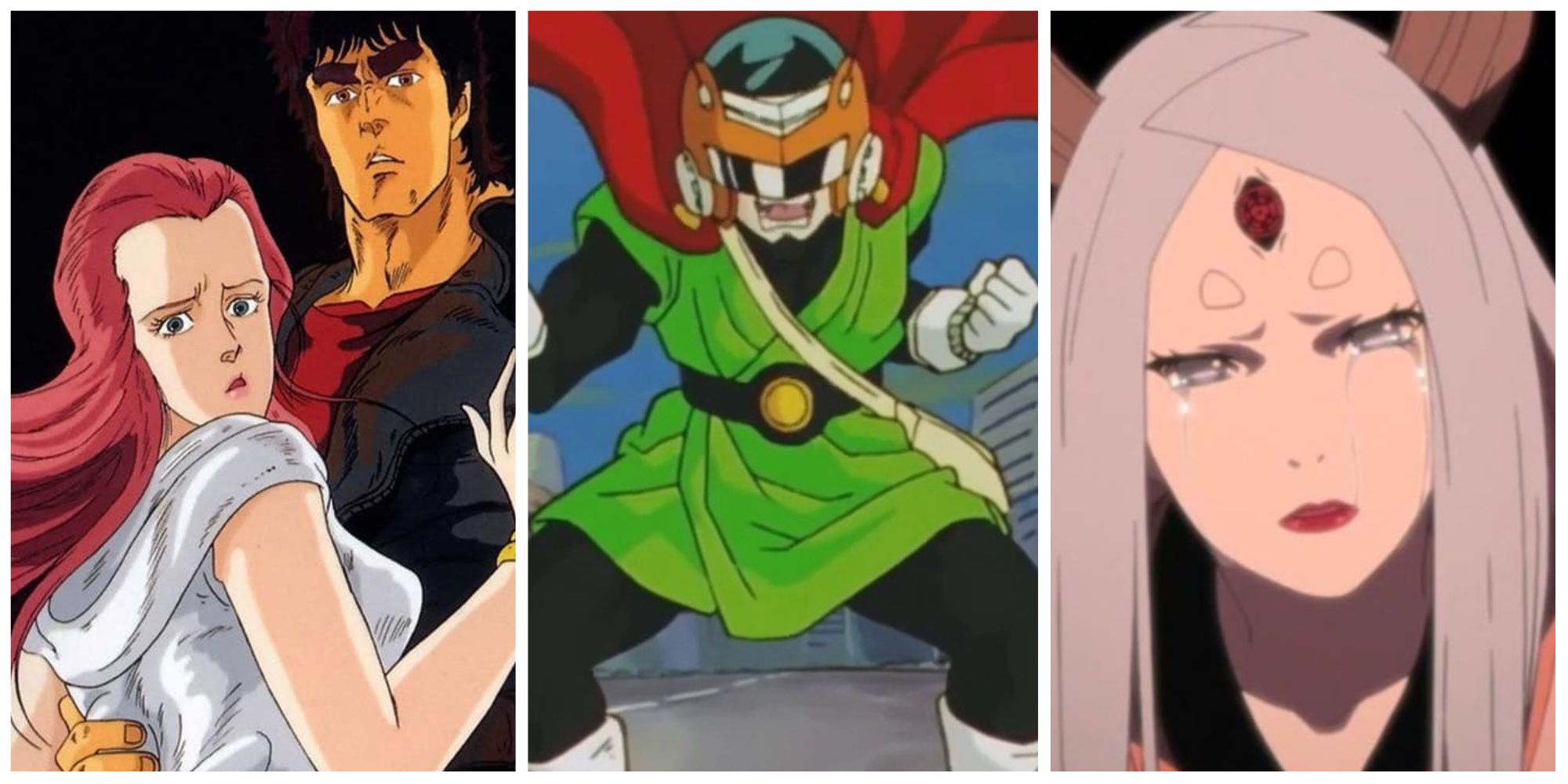 It can be difficult keeping a show on track. There’s a cast and crew to keep happy, technical hitches to keep track of, and creative standards to live up to. As hard as it is, some shows managed to keep the hype going, then wrap everything all up in a bow for the ending. Others falter from the start and get shut down before the strain can be dragged out any further.

There are other shows that keep up the pace throughout their run, then falter with one twist or another. It can sour the ending, herald further bad plot turns, or spoil the rest of the show in retrospect. However, a few can remain entertaining, riveting, and engaging despite their bonkers diversions. Anime is no exception, as it’s produced these animated shows that are still great despite their silly twists. There will be spoilers.

5 Samurai Champloo: It’s a Show About Nothing

Does the phrase “it’s not the destination, it’s the journey” sound familiar? Because it would sum up Samurai Champloo quite well. While many of the writers and staff from Cowboy Bebop went on to do Wolf’s Rain, director Shinichiro Watanabe went in his own direction. Instead of combining a space western with jazz, he and his new staff made a samurai tale that mixed Eastern and Western tastes.

It followed protagonists Mugen, Jin, and Fuu as they went on the trail of the Sunflower Samurai, a mysterious figure that tied the three heroes’ own plot threads together. Except, not really. The big finale was that it wasn’t big at all. Not everyone got what they wanted, and the few that did didn’t get much out of it. However, the rest of the show leading up to it was still exciting and entertaining. It’s like a rollercoaster ride in that everyone remembers the drop, the speed, and the loops more than the gentle coast to the end.

4 Erased: Who Else Could Be the Killer?

By consensus, Erased’s ending is notorious for spoiling a solid mystery thriller show. It followed a man called Satoru Fujinuma, who has the ability to time-travel back to the past to save people from life-threatening incidents. After his mother is killed, he goes back to 18 years ago to save her and save his friends from a kidnapping incident along the way. The issue was that they revealed the most likely suspect early in the show.

They became so likely that fans thought they’d be a red herring, but they weren’t. The obvious suspect was the culprit. The live-action adaptation ended up altering its ending, and many Erased fans ended up preferring it over the anime. However, a significant chunk of them preferred the anime’s storytelling, as its individual scenes built up tension better and hit the emotional beats much harder. It may be more compromised, but the Erased anime is more moving.

3 Fist of the North Star: Guess Who’s Back?

The anime adaptation of Fist of the North Star improved over the manga by expanding on Kenshiro’s rival Shin and their mutual love Yuria. Originally, Kenshiro was after Shin because he kidnapped Yuria and left him for dead. Then, he found Shin within the first volume. The anime built up Shin and Yuria’s characters by showing how desperate he was for her love and her attempts to escape him before she took drastic action, leaping to her death to stop his rampage.

Related: Fist of the North Star: Strongest Characters in the Franchise, Ranked

In the show’s final arc, it was revealed Yuria never died after all. She was rescued by her personal guards, who promised to keep her safe. Shin’s big emotional speech to Kenshiro afterward was just a bit of acting with a half-truth. It’s a bit of an ass-pull, as Yuria’s return was largely just to give Fist of the North Star a shocking twist and a somewhat happy ending. Nonetheless, the final arc still gave Fist of the North Star its best fights and most moving moments, possibly even better than in that first arc. Still, Yuria’s revival leaves a funny taste in the mouth.

Fist of the North Star’s ending was meant to finish the series off, yet creators Tetsuo Hara and Buronson were convinced to keep it going in Fist of the North Star 2. It had some nice moments, though it was obvious the font of inspiration was running dry. Akira Toriyama felt the same as he finished off Dragonball Z’s Cell arc. He could’ve ended the series off there, but that wasn’t to be. Shonen Jump fans, and management, wanted more Dragonball. Thus, the next arc would seemingly be about an older Gohan mixing his studies with his superheroics (literally in the case of his Saiyaman disguise).

But, as Buu switched from one confusing form to another, it was clear Goku’s son just didn’t have the charisma his goofy dad had. Thus, Goku had to come back and become the lead again. Only, with the way the Buu Arc played out, it was less of a single plot twist. It was more Toriyama twisting the narrative one way and the other, trying to get something workable out of it. It did result in some fan-favorite moments like Majin Vegeta sacrificing himself and the first appearances of Super Saiyan 3 and Vegito, so there was some good in the chaos.

1 Naruto Shippuden: Kaguya Gets No Love

It seemed like Naruto would go on forever, and not just because of the filler episodes. The series could’ve fallen into the same trap Dragonball did and kept following the orange-clad ninja. Yet, that’s not what happened; Naruto actually ended. The titular character finally got one up over Sasuke, got with Hinata, and became Hokage of the village. He achieved all he set out to do, then passed the torch on to his son in Boruto. However, he had to finish off some villains first, and one of them was the notorious Kaguya.

People hated her, and for plenty of reasons. She replaced the much more popular Madara, had dull powers compared to other foes, a paper-thin motivation for her plot, and a personality as colorless as her looks. Shippuden‘s ending has been criticized for being rushed, and Kaguya is a shining example of that in design and narrative. Nonetheless, the finale still had some enjoyable and touching moments. Enough to turn Shippuden’s finale from a potential Chernobyl to a mere Three Mile Island at worst.

More: Games with Nonsensical Plot Twists That Are Still Awesome