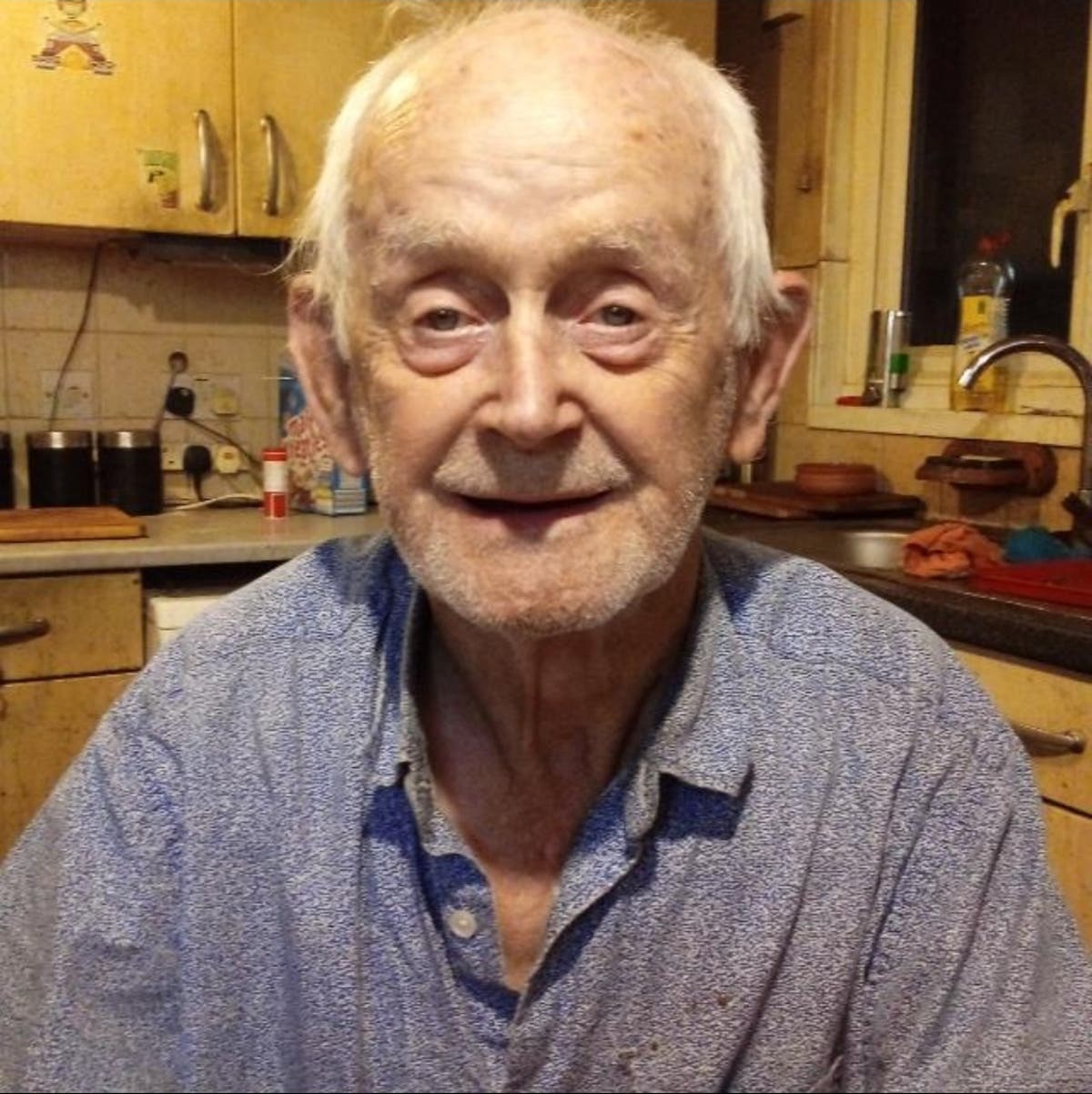 Police investigating the fatal stabbing of an 87-year-old grandfather in a mobility scooter have released CCTV footage of a man seen running from the scene armed with a knife.

Thomas O’Halloran was killed in Greenford, west London, at 4pm on Tuesday. He is believed to have travelled around 75 yards in the scooter looking for help after he was stabbed.

Officers responded and gave emergency aid until London Ambulance Service and London’s Air Ambulance arrived but the local pensioner was pronounced dead at the scene.

Detectives from the Met’s Specialist Crime Command are leading the investigation and have released images of a man they wish to identify as a matter of urgency. He was seen fleeing the scene armed with a knife.

Have you been affected by this incident? If so email [email protected]

DCI Jim Eastwood, who is leading the investigation, said: “We are keen to identify the man in the CCTV images as a matter of urgency.

“He is clearly a dangerous individual and people are advised not to approach him, but to call us immediately on 999 if they know him or have any information regarding his whereabouts.

“My team and I have been working around the clock to bring Mr O’Halloran’s killer to justice, but we need your help. If you have any information at all that will assist us with our investigation – no matter how small – please contact us or alternatively, contact Crimestoppers anonymously.

“I’d also appeal to anyone who might have dash cam or cycle helmet footage that might have captured the incident to get in touch with us.”

He was attacked while on his way to do some busking, according to a friend who declined to be named.

Mr O’Halloran was well known in the area for his busking and was affectionately nicknamed the “music man” by locals.

“He was coming back from Perivale to play his accordion and make some money for his family and he was stabbed to death,” the friend said

A man who works in a newsagent outside Greenford station where Mr O’Halloran would busk said: “He used to play his accordion here.

“He came every day for a long time, at least two years. He usually busked around 5 o’clock.”

Frasley Coutinho, who lives opposite where the attack happened, said he saw the victim surrounded by a group of young boys.

He said: “I saw a couple of people gathering around him and then he drove past and stopped further up, and then there was a group of young boys around him.”

Local residents paid tribute to the pensioner following his death.

One resident said: “This man used to sit outside Tesco, in Perivale playing music for money, but was a nice man bless him.” Another added: “That is awful news, we saw him today there. My toddler adores the ‘music man’.”

A third said: “This has saddened me to my core. That man was loved, his music made my day every time I came out of Greenford station.”

Police have yet to make any arrests and have urged anyone who has footage of the incident to contact them.

Chief Superintendent Sean Wilson, who is in charge of policing for west London, said: “Mr O’Halloran had his life needlessly snatched away in a shocking act of unprovoked violence.

“I understand that the community will, quite rightly, be shocked and appalled by this incident as I am too.

“Detectives from the Specialist Crime Command, with the assistance of my officers, have been working tirelessly over the last 20 hours to understand what has happened and to identify who is responsible for this horrific crime.”

Alternatively, you can contact the independent charity Crimestoppers, anonymously, by calling 0800 555 111 or by visiting crimestoppers-uk.org.