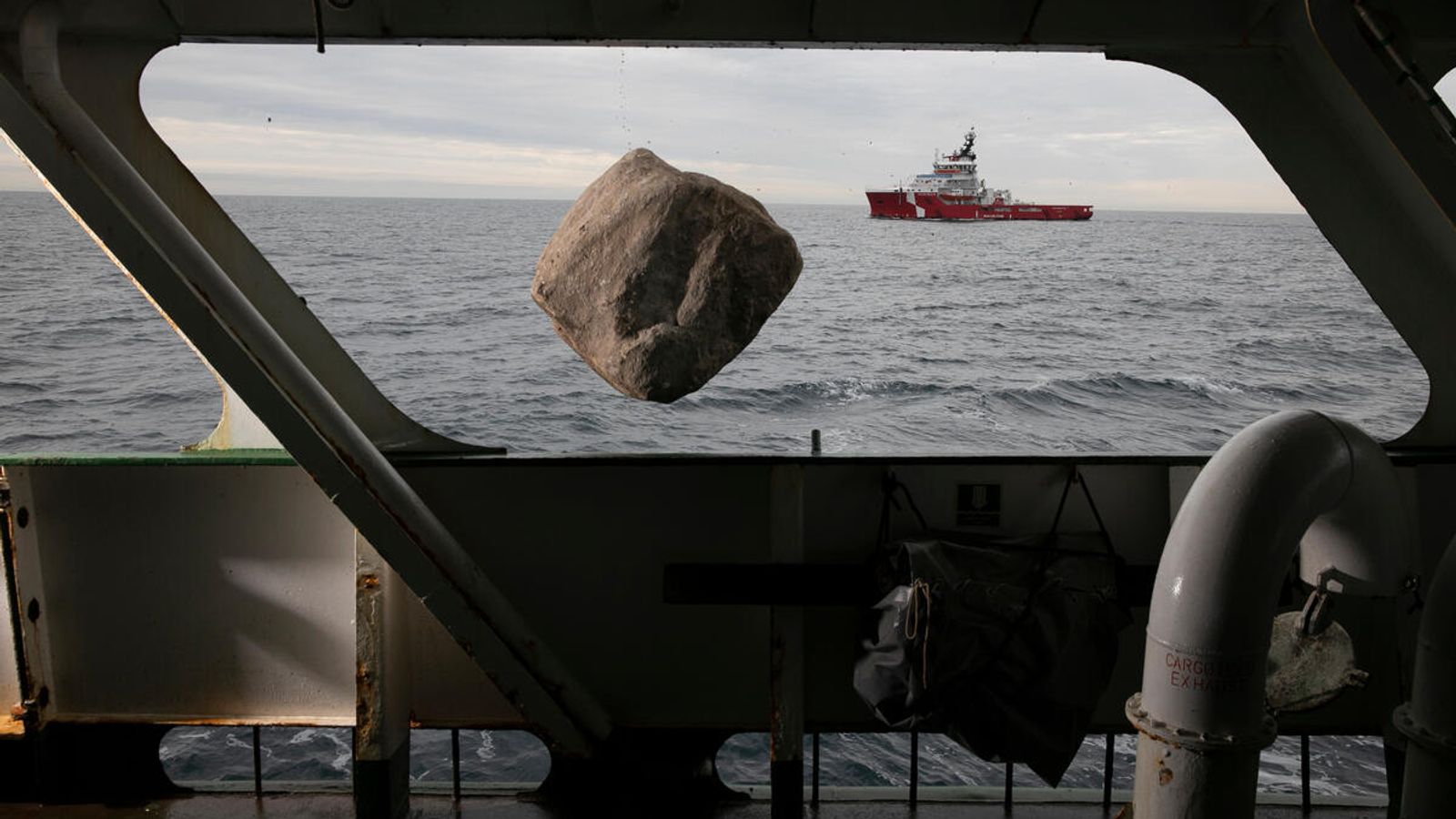 Activists are planning to drop boulders into the sea off the Cornish coast to block industrial fishing vessels from trawling the seabed, which hosts catfish, cockles and corals.

Although South West Deeps (East), 190 km southwest of Cornwall, has been designated a Marine Protected Area (MPA), fishing is still allowed because the status does not automatically prohibit it.

The seabed is trawled by weighted nets, which tear up marine habitats, for an average of 5,000 hours a year, according to the Marine Conservation Society.

The Marine Management Organisation (MMO) has criticised Greenpeace’s plan to plunge rocks into the 4,655 kilometre squared site, larger than Cornwall itself, in an attempt to make it “off limits” to bottom trawling.

Explainer: Highly protected marine areas: ‘Red herring’ or will they catch on?

The charity says celebrities including actor Simon Pegg are backing its calls to ban bottom trawling there, where giant fan mussels grow to almost half a metre in size.

His is one of many celebrities’ names that Greenpeace plans to stencil onto the boulders.

“Massive industrial fishing vessels are catching everything in our seas, leaving our fishermen with nothing and making their jobs untenable,” he added.

Conservationists want trawling banned in protected areas because it tears up delicate ecosystems such as seagrasses to catch species such as cod, squid and flatfish.

Greenpeace’s ship Arctic Sunrise will set sail in the coming weeks to begin dropping boulders at South West Deeps, having previously dropped granite on to Dogger Bank in the North Sea and in the Offshore Brighton marine protected area.

UK Government agency the Marine Management Organisation took Greenpeace to court over the Dogger Bank barrier, but dropped the matter in February after a judge invited it to reconsider.

“Both the MMO and Greenpeace are committed to improving the marine environment… the parties in this case should be allies, not antagonists,” Newcastle Crown Court Judge Edward Bindloss commented.

The MMO has this year banned bottom trawling at four of the UK’s 76 protected zones, including Dogger Bank, and is working on bans at 13 further sites.

A spokesperson said they were “surprised and disappointed” by Greenpeace’s plan to “undertake further unlawful activity… particularly as MMO and Greenpeace have a shared interest in protecting our precious marine environment”.

They said the MMO had met with Greenpeace and invited campaigners and other environmental non-government organisations to a workshop this month to discuss ongoing MPA work.

Greenpeace’s announcement coincides with the first day of the UN’s Global Ocean Treaty Negotiations, which aims to agree a legal framework to protect international waters.

The show investigates how global warming is changing our landscape and highlights solutions to the crisis.