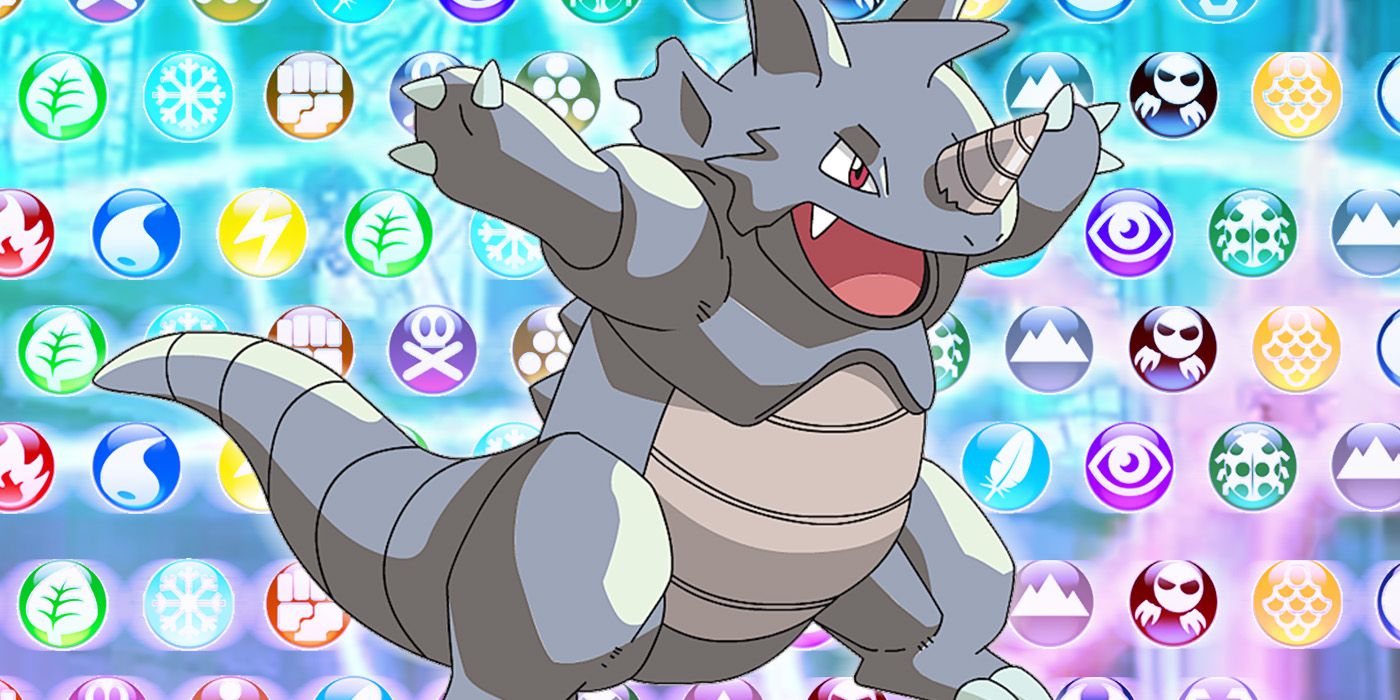 When it comes to the Pokémon games, type advantage is pretty close to absolute. This holds greater significance than even a slight level difference or whether the attacker is fully evolved. Generally, if a Pokémon gets hit by super effective attacks, it will faint in three hits at the most.

The anime, on the other hand, tells a different story. Pokémon battle when they’re at a type disadvantage all the time, whether it’s out of necessity or by choice. However, there are plenty of ways for a Pokémon to go up against its natural enemies and still find a way to come out on top.

It’s important to note that there are strategies in the games that make a Pokémon going up against its weakness easier. Many of these strategies involve weakness-dependent hold items, switching, or stat changes. Whatever it is, players will often expect this confrontation to happen sooner or later and find ways to deal with it.

However, most of these strategies don’t exist in the anime. Hold items, for example, are never used, despite their apparent existence in the anime world. Switching out is also a rarity. Stat changes aren’t nearly as effective as they are in the games. These changes and many more lead Trainers to deal with the Pokémon that are currently on the field. If the opposing Pokémon happens to have a type advantage, then it’s up to the Trainer to help their Pokémon overcome it.

RELATED: Why Pokémon Sizes Change Between the Anime and Games

Ash’s Pikachu is one of the first and most infamous examples of an anime Pokémon overcoming a weakness, or rather, an immunity. Normally, Pikachu’s Electric-type attacks would be completely ineffective against Ground-type Pokémon; this is the main reason Ash lost his first match against Brock and his Onix. However, with Flint’s help, he was able to supercharge his Pikachu so that even Ground-types like Geodude and Onix could be hurt by it. By this instance of anime logic, type immunity doesn’t make a Pokémon completely immune to a certain type of attack, just more resistant to it. If a Pokémon hits hard enough, it can break through an opposing Pokémon’s type-based defenses.

Another infamous example of Pikachu’s Electric attacks superseding immunity came in the form of Rhydon. In Episode 58, “Riddle Me This,” Ash realized that Rhydon’s horn acted as a lightning rod and had Pikachu aim for it to knock Drill Pokémon out. Episode 104, “Bound for Trouble,” also saw Pikachu beat a Rhydon by shocking it in the mouth. These instances seem to suggest that Pokémon’s type resistances only work for the parts of them that embody those types.

Thankfully for Rhydon, type immunities became more absolute as the anime progressed. In Diamond & Pearl Episode 50, “Tag! We’re It…!,” a Rhydon drew Pikachu’s Electric attacks to its horn with its Lightning Rod Ability, but it didn’t get hurt. Likewise, Ground-types, in general, don’t get hurt by Pikachu’s Electric Attacks anymore. Nowadays, Pikachu has to rely on Iron Tail and Quick Attack to hurt Rhydon.

RELATED: Why Evolving Pokémon Doesn’t Matter That Much In The Anime

Pokémon at a disadvantage can also counter their enemies by using their own weaknesses against them. This means teaching them a super effective attack to use against their opponents. In Pokémon Black & White, for example, Ash’s Boldore learned Rock Smash to help it beat Clay’s Excadrill, and his Krookodile used Aerial Ace to beat Stephan’s Sawk; the latter Pokémon also notably handled an Attack-boosted Close Combat by countering it with Dragon Claw. Learning these moves helps even the playing field and makes deciding the battle more about who can land the first hit.

A Pokémon can also apparently overcome its weaknesses by learning moves of the same type. In Episode 204, “Right On, Rhydon!,” A Rhydon learned Surf so that it could reach an island of apple trees in the middle of a lake. In doing so, not only did it grow comfortable swimming in the water, but it could handle Water attacks in battle. This is especially fascinating as most Rock types experience great discomfort from getting the slightest bit wet.

RELATED: How Strong Are Ash’s Newest Pokémon Compared To His Older Ones?

Besides the Surfing Rhydon, a few more Rock types in the anime found ways around their infamous water weakness. In Episode 87, the eponymous Crystal Onix was also comfortable enough with water to swim in it, though it did have a weakness to Fire attacks; looking back on it, this Onix may have been a regional variant before regional variants were a thing. In Episode 208, “Fight for the Light,” Janina coated her Onix in water-resistant wax to withstand Totodile’s Water Gun; unfortunately, this was considered cheating. In Advanced Generation Episode 173, Keenan used science to turn his Sudowoodo golden so that it could resist water; this change was eventually reversed. For whatever reason, Rock types are constantly called out for their water weakness, so the anime has come up with all sorts of ways around it.

Another Pokémon that notably overcame its weaknesses was Miki’s Skarmory from Episode 152, “Hot Matches!” According to Miki, she’d been training her Skarmory to deal with every type of Pokémon, and Fire types were the last on the list; this implies that Skarmory also learned to beat Electric types, its one other weakness. Their idea of beating a certain type included being able to withstand a Pokémon’s attacks, even if they were super effective.

RELATED: Ash Vs Red Is Finally Canon to the Pokémon Franchise

Speaking of deliberately sending Pokémon out against their weakness, Ash seems to be an expert at this. There are countless times where he’s sent out a Pokémon with a type disadvantage, one friend questioned it, and another friend defended the choice. The second friend is usually confident that Ash has some kind of strategy in mind, even if they’re not sure what it is.

Thankfully for the second friend, they’re usually right, and Ash does have a plan. A good example of this is in Black & White Episode 83, “Rocking the Virbank Gym! Part 1.” Here, Ash used his Leavanny against Roxie’s Koffing for a couple of reasons; first, its String Shot let it deal with the Poison Gas Pokémon’s surprising speed; second, Leavanny’s Energy Ball lowered Koffing’s Special Defense and made it easier to knock out. This kind of strategizing would never work in the games, but Ash was at least able to pull out a win with plans like this.

Another anime-only strategy of Ash’s is the Counter Shield. In Diamond & Pearl Episode 102, “Shield with a Twist!,” Ash’s Pokémon spun around while launching an attack, which then became a defensive barrier. Unfortunately, Fantina took this idea and had her Drifblim use a combination of Will-O-Wisp and Psychic to block Pikachu’s Electric attacks; it was a “Counter Counter Shield.” Sadder still, this technique, while effective, didn’t see much use beyond Diamond & Pearl, but it at least proved useful in that series.

Something else worth noting about the anime is that “super effective” doesn’t seem to carry the same amount of weight as it does in the games. A super effective hit in the games does at least twice its normal damage, which is why most Pokémon faint after taking just a few of them. In the anime, however, Pokémon can take multiple hits from such attacks before they stay down.

RELATED: Why Pokémon’s Nature Documentary Reveals Are So Great

Ash’s Snorlax perfectly exemplified this difference between the games and the anime in Advanced Generation Episode 149, “Wheel of Frontier.” Despite taking multiple Focus Punches from Greta’s Medicham, it was able to stay standing and take the win. In the games, the first Focus Punch would have decided this match. Either the move isn’t as strong as it is in the games, or super effective hits only result in a slight increase in damage.

While players of the games have limited options for dealing with their Pokémon’s weaknesses, the anime offers all sorts of solutions. They can range from mad science to careful planning to simple grit and determination. Because of this, as long as Ash knows what he’s doing, he can send Pikachu out against as many Ground-types as he pleases. Now there’s just the question of how Terastal Forms will affect this dynamic.