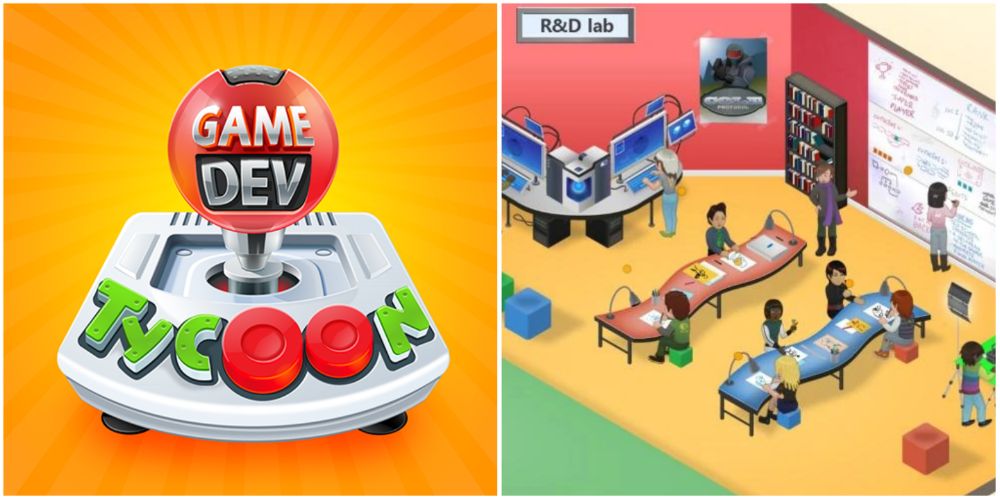 Game Dev Tycoon is a game that gives the players a sense of the hype and crunch that comes along with developing a game in the modern world. Although it does not have stellar graphics or awards-winning sound designs, it makes up with its gameplay that will have the players hooked for hours.

The R&D lab is one of the significant game jumps, allowing players to leap forward in big-tier gaming. With the R&D lab unlocked, the game studio can research and access a plethora of gaming mechanics to compete with the modern day in real life.

RELATED: Roblox: Best Tycoon Games You Can Play For Free

What Does The R&D Lab Provide?

Hardware: Grants the much-needed access to the Hardware Labs. This is an essential step for creating the studio’s own gaming console.

Codename: GRID: Players of the game would know that the PC market share is not much compared to the other gaming consoles. However, researching and unlocking the GRID increases the market share of PC and provides a small monthly income.

Conventions: These are a marketing tool for any new games that need to be marketed. Instead of waiting for the G3 conventions, players can organize their own personal convention to promote the current game in production or those already in store. It is to be noted that the options would be unlocked only after year 23 or if and when the player’s game studio reaches 1 million fans.

AAA: Upon researching, players are provided access to the development of 3D Graphics V6 and 3D Graphics V7. However, there are a few prerequisites that are to be met to unlock those above. Players would need to have the last 3D Graphics V5 researched and unlocked, as well as a game using the same scoring an average score of 9.

License Game Engines: Unlocks the “Software Development Kit” research as a part of the Game Engine development kit. This helps the players to lease/sell the license of the new(/old) game engines developed in the studio for an extra monthly income. However, the options unlock only after the game studio has built 10 unique engines.

Marketing Campaign: Helps put up a massive marketing campaign for any current in-development AAA game at the game studio.

How Do You Get The R&D Lab?

To unlock the R&D Labs, need to have specific achievements under their hats.

Once the above prerequisites are met, the game will notify the player to get the research lab; for a price, of course!