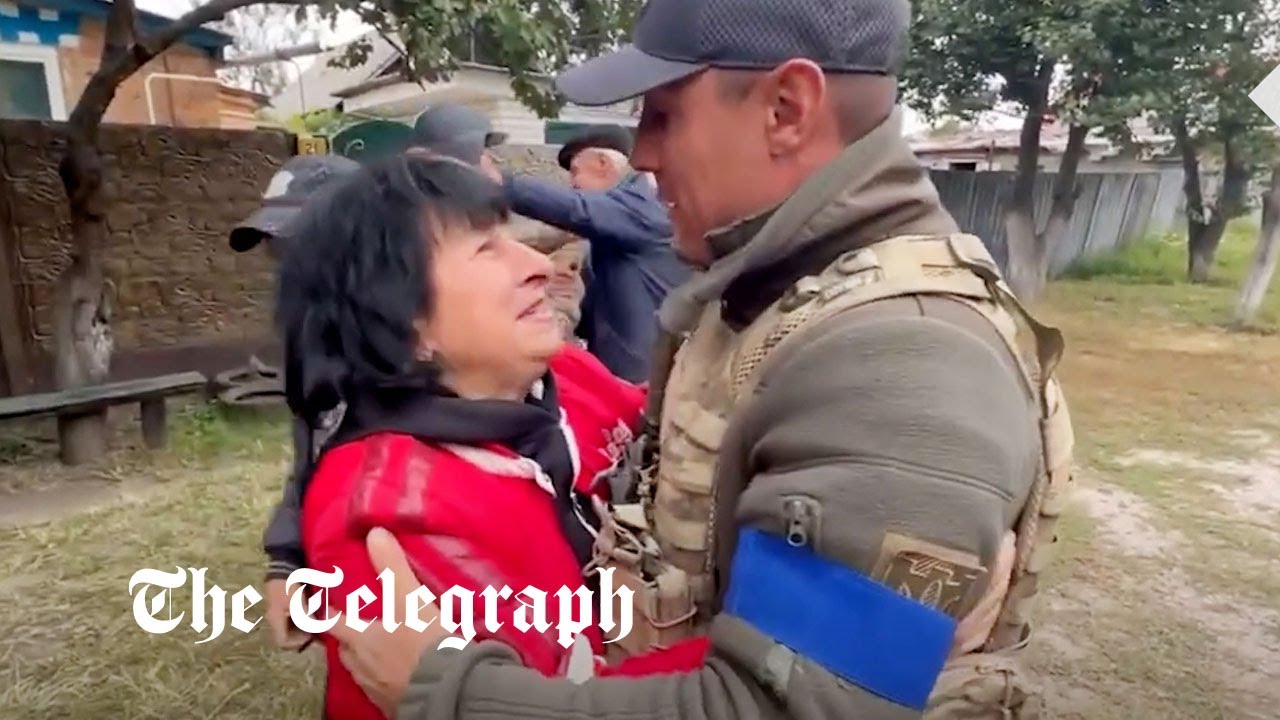 A mother separated from her son for six months was able to share a tearful embrace with him after their village in the north-eastern Kharkiv region was liberated by Ukrainian forces.

Kozacha Lopan, near the border with Russia, was seized by Moscow’s invasion forces in the early days of the conflict.

But when last week Vyacheslav Zadorenko, mayor of the nearby Derhachi district, entered his mother’s village alongside Ukraine’s liberation forces, they were soon reunited.

Emotional footage shot from the vehicle Mr Zadorenko was travelling in showed the local official leap from the car and into the arms of his mother.

“The day I was waiting for more than any other in my life – a meeting with my dear mother,” he said

“Mum, I missed you so much,” he added, as they shared a tight embrace.

“I was waiting for you to come,” his mother replied.

As more villagers arrived to greet their hero soldiers, Mr Zadorenko’s mother reached out to hug the heavily armed troops to show her appreciation.

Similar scenes were witnessed right across the Kharkiv Oblast, where some 300 settlements were liberated from Russian occupation in the latest Ukrainian counter-offensive.