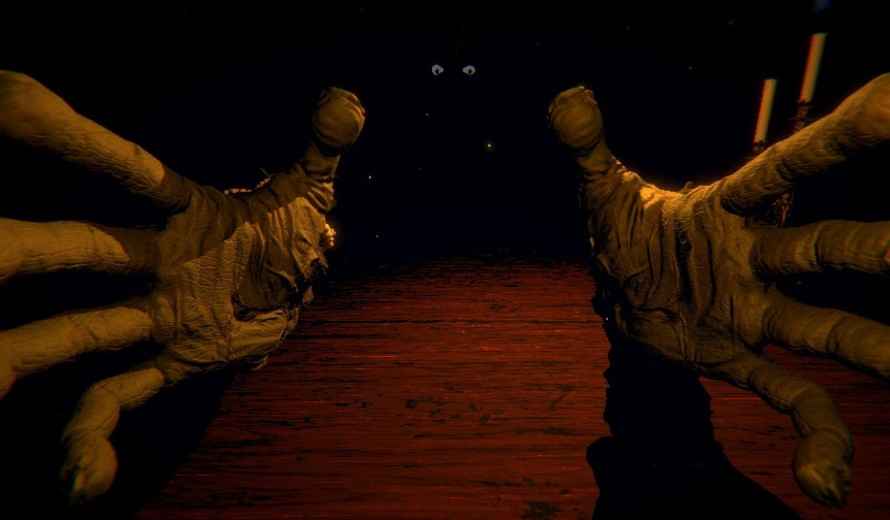 I hadn’t heard about Inscryption, or Daniel Mullins, until reading COGconnected’s review for the original PC release. I’m primarily a console gamer, and get turned off by the unstreamlined nature of PC gaming. Inscryption piqued my interest though, and I bought it based on its reputation. I wanted to play it, but a lack of controller support, combined with general PC gaming turnoffs kept me putting it off. Now Inscryption is available for PS4 and PS5. I’m pretty sure I’ve played it to completion and it has completely blown me away.

The core of Inscryption’s gameplay is a roguelite deck-building card game. None of those gameplay buzzwords appeal to me. But Inscryption has an air of mystery about it, and a passionate community following. The hype surrounding it kind of reminds me of the way people feel about Undertale, where the full game needs to be experienced to realize how it affects people so deeply.

I don’t have much experience with deck-building card games, aside from when I revisit Magic: The Gathering every 5-10 years. Inscryption’s power isn’t with its card game, though. Its real genius is in the story it tells, and the way that story is told. Unfortunately, I can’t reveal much about the story or presentation without ruining anything. It reminds me of the way I felt playing Doki Doki Literature Club for the first time. Both games are mysteries that experiment with story presentation. Both games are the kinds of games that show the potential the videogame medium has to tell stories. There are multimedia elements, drastic changes in gameplay, and fourth wall breaking. Inscryption’s story is special, and will definitely pay off for the cautiously curious. 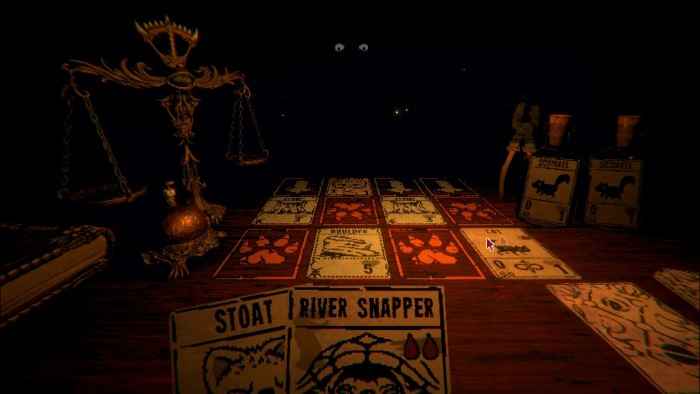 Our original review sums up Inscryption’s story and gameplay very well, but I honestly think it reveals too much. The basic story set up is that you are playing cards against a mysterious, likely evil entity, in a dimly lit room. Before getting to this beginning section of the game, the game title screen presents some unique mysteries. The main one is that the player can’t select “new game”, only “continue”.

The base card gameplay involves animals that all deal a certain amount of damage, and can take a certain amount of damage before dying. Direct damage can be done to your opponent, who can block with their animals. Deal enough damage to your opponent, and you win the game. As the player get wins more hands, more mechanics get introduced, and their deck builds through making choices of cards to choose, combine, etc. Part of the card game involves the player sacrificing weaker animal cards, to summon stronger animal cards. One of the early signs that Inscryption was hiding something unique under its surface was that the animal cards I sacrificed were remembering that I sacrificed them. 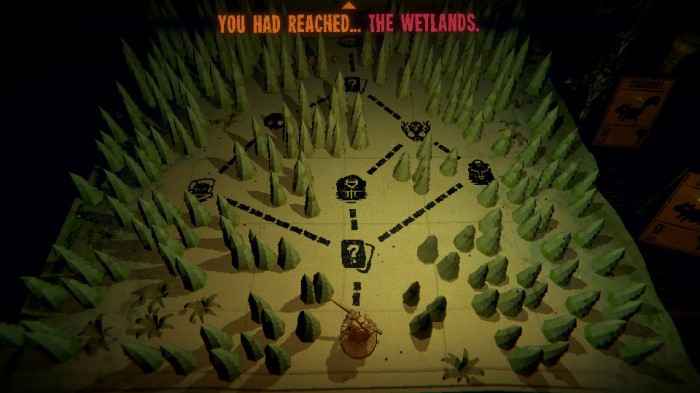 But then, you discover that you can get up from the card game table, and walk around the room. A large portion of the initial gameplay takes place away from the card table. There are objects to interact with and puzzles to solve around the room. These often lead to items that help you in the card game. Anything more than that is spoiler territory. But I want to note that my initial joy from playing Inscryption was the strange occurrences taking place during card games, and the discoveries I made around the room.

For those of you wondering about the differences between the PlayStation and PC versions, there are some, but they are not drastic. These are mostly tweaks to certain sections that were originally enhanced by the fact that Inscryption was played on PC. Controller support will be enough for some to justify a new purchase. There are some enhancements unique to the PS5, because of its controller. It allows for subtle audio, and vibration effects. Mostly involving that stoat. 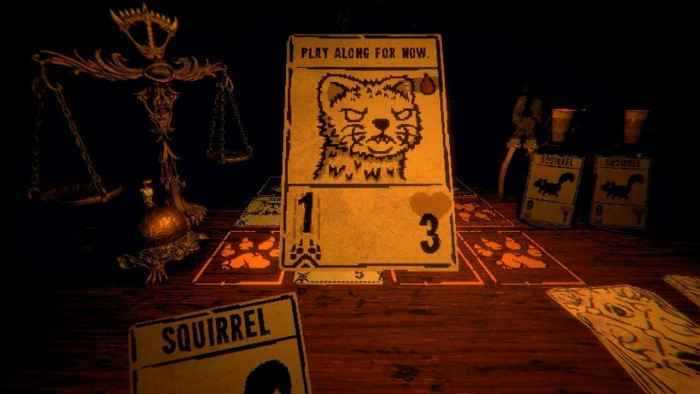 Inscryption appears to be a very niche roguelite deck-building card game. But it turns into so much more. It’s a must play for anyone who is a fan of experimental videogame storytelling. Anyone remotely curious, who enjoys a great mystery, should also play without hesitation. This is the highest review score I’ve given in a while, and I wasn’t drawn to the base gameplay at all. Inscryption is a special game, and a wholly unique experience. It’s going to be remembered as a benchmark of videogame storytelling years from now. I could not be more shocked or impressed.

***PS5 code provided by the publisher***