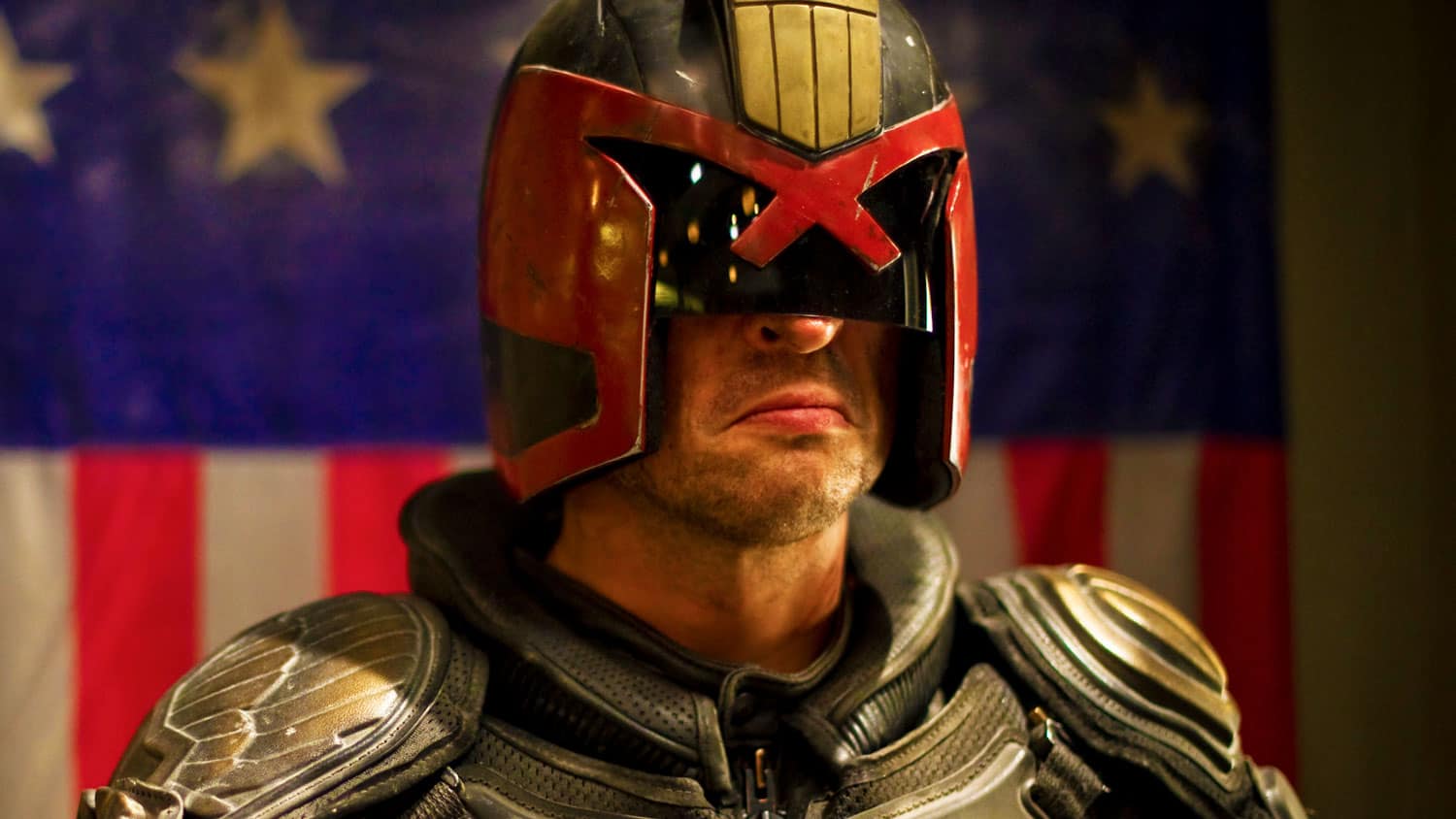 Karl Urban is so hot right now! He’s in one of the biggest shows of the moment in Amazon Prime Video’s The Boys, and it seems as though Karl Urban wants to return to a character he played in the past, Judge Dredd. He revealed this during a recent interview with GQ.

Karl Urban played Judge Dredd in the 2012 Dredd movie, which we here at Small Screen think is brilliant! The movie was directed by Peter Travis and was written by Alex Garland. Garland then went on to make movies such as Ex-Machina and Annihilation, which were both terrific movies. He also wrote, created and directed the series, Devs.

Moreover, Garland wrote the scripts for movies such as The Beach, 28 Days Later, Sunshine and Never Let Me Go. If they do go on to make a sequel to Dredd, I would love to see Alex Garland get to direct the movie. He’s already expressed interest in helming a sequel.

Could Karl Urban get to return as Judge Dredd…?

READ MORE: Karl Urban Is Up For The Role Of Kraven The Hunter In The Solo Movie

Anyway, here’s what The Boys’ Karl Urban had to say about wanting to play Judge Dredd again in the not-so-distant future:

I certainly would be interested to revisit the character. There’s such a great depth of material there.

There has been talk for a number of years of a Dredd sequel, but for some reason, it’s never come to fruition. Maybe if the likes of Urban and Garland want it enough, then they could get the sequel greenlit.

It would make sense to make it, and I think there’s a lot of demand for it.

We need better action/sci-fi movies and I think a Dredd sequel would be what we need!

There’s an appetite for a movie like a Dredd sequel, and now that people are more familiar with Karl Urban and Alex Garland’s work, I’m sure it would do well at the box office.

We need much better sci-fi, and I think that this Dredd movie would be the answer. We’ve seen some pretty poor sci-fi movies recently such as The Matrix Resurrections, Serenity (not the Joss Whedon one) and Moonfall.

We need some genuinely good action/sci-fi, and I genuinely believe that a Dredd sequel would be the answer we’ve all been waiting for. However, I would only really want it if Karl Urban were to return and I’d love to see Alex Garland helm and write the movie.

What do you make of this news? Are you looking forward to potentially seeing Karl Urban return as Judge Dredd? Let us know your thoughts in the comments below.