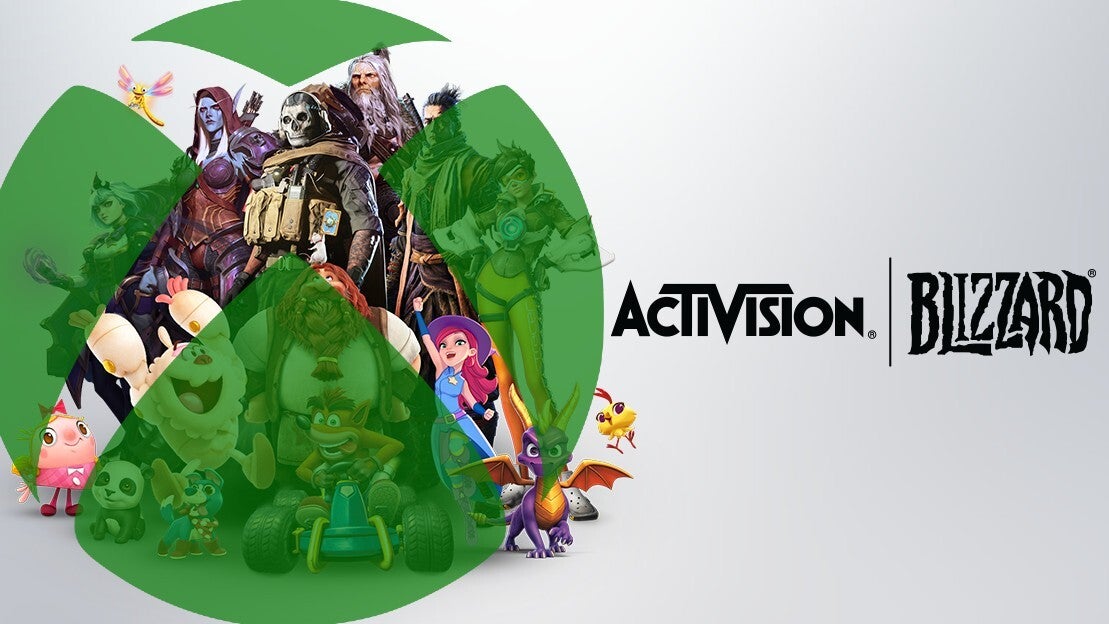 Microsoft’s proposed $70bn acquisition of Activision Blizzard is currently being scrutinised by regulators around the world.

The process is starting to make headlines after the Brazilian regulator (CADE) made public the responses it has received from the games industry about the deal and its potential impact.

The regulation process is complicated, and involves various different bodies from different countries that must look at the deal before it can go ahead.

Here’s everything you need to know about what’s going on, and where the key issues lie.

“This deal has the potential to impact everyone, from the smallest indie developer to the big gaming giants”

Why does Microsoft need approval to buy Activision Blizzard?

This deal is — to use a professional business term — massive. It’s a potentially game-changing deal that could not just transform things for Microsoft and Xbox, but the entire games industry. It has the potential to impact everyone, from the smallest indie developer to the biggest names in the business, and, of course, consumers.

Regulatory bodies exist to try and make sure such deals don’t result in any antitrust issues, where one company can become overly dominant, or competition is harmed in such a way that it could lead to fewer choices, higher prices and/or less innovation.


Considering the scale and size of the deal, Microsoft would have to obtain antitrust approval before taking ownership of Activision Blizzard.

Who are the regulators?

There are regulatory bodies all over the world, but there are three main ones that Microsoft will want approval from to complete the buy-out. The first is the US regulator the Federal Trade Commission (FTC). This review process has started and has already entered a second phase.

The next regulator who is currently looking at this is the Competition and Markets Authority (CMA). This is the UK regulator and they’re currently in the first phase of review, which will end at the start of September.

The third main regulator for Microsoft to overcome is the European Commission. This process has not started yet.

What are these ‘phases’?

The first phase is a relatively short period where the regulators will request information and send questionnaires to competitors. Most mergers and acquisitions are approved during this phase.

For anything more complex where there’s a risk to competition, the regulators will request a second phase. This is where a more in-depth analysis of the merger’s effects on the market will be analysed. This is typically a far more detailed research phase designed to make sure the transaction doesn’t restrict competition in the regulators’ markets.

The FTC has entered a second phase of its investigation.

What if it gets US approval but not UK or EU approval?

The reason these three regulators are so important is that they all have the power to block the deal or impose conditions. In other words, if the CMA say no, then that ruling may be applied globally.

What do you mean by ‘impose conditions’?

A condition could be that Microsoft can complete the deal if Activision Blizzard games remain multiplatform, for instance. They could stipulate that Activision Blizzard must remain as its own independent organisation (although analysts believe this is unlikely). All sorts of conditions could be placed on the deal that might make an unacceptable acquisition acceptable.

However, conditions can be hard to enforce, and require teams to make sure that business is being conducted fairly.

As you may have seen in the press, the main concern around the Activision Blizzard acquisition is focused on one franchise: Call of Duty.

Call of Duty is one of the biggest and most popular games in the world, and the regulators will need to decide whether Microsoft owning this franchise has the potential to make the company dominant in the video games space, and therefore create an antitrust situation that might impact consumers negatively.

Why is it a problem if Microsoft becomes dominant in games?

One company being dominant in a space can stifle competition, limit growth and reduce innovation, which potentially harms consumers. If there was one business that had the dominant console, or subscription service, or distribution channel, it would mean all game developers — of all sizes — would be overly dependent on that one company.


Competition is a good thing. It means there is increased choice and can ensure prices remain low. It forces companies to innovate and adapt. It means they must be competitive and work harder to look after its audience and partners.

Right now the games space is very competitive, with various companies pushing each other to try new things, improve their services and create better products.

Is Call of Duty likely to make Microsoft dominant in games?


Microsoft (also unsurprisingly) does not agree. It believes Call of Duty is not particularly unique and actually faces strong competition as it stands.


There are contrasting precedents that people are using to indicate what Microsoft may do. Minecraft, another major Microsoft gaming acquisition, continues to be supported equally across every platform.


However, with Microsoft’s acquisition of Bethesda, the company has adopted a different approach. Some titles continue to be supported on PlayStation (particularly live service games like Elder Scrolls Online), whereas future new games, such as the upcoming Starfield, will not.

So is it all about the games console space?

One of the key parts of the conversation is not just the role Call of Duty might play in the game console market, but also in terms of streaming and subscriptions. The former is a distribution model where games can be streamed and played on almost any device, while the latter is a business model where gamers pay a monthly fee to access a selection of games.


Microsoft is a major player in this space with its Game Pass subscription model and Xbox Cloud Gaming system. Microsoft’s subscription offering is unique in that its features new AAA game releases on the day they come out, which its competitors (including Sony) say they can’t financially justify. Microsoft also has an advantage in the cloud streaming space as it owns Azure, one of the biggest cloud computing operations in the world. It must be noted that other competitors in this space, including Google and Amazon, have similar advantages to Microsoft when it comes to cloud technology and services.


So even if Call of Duty does continue to release on other platforms as it does now, the game – plus Activision Blizzard’s other titles – would certainly have a positive impact on Xbox’s subscription and streaming business.


In other words, there are a lot of factors for regulators to consider. Ultimately, they don’t care about Sony or any other competitor – it’s purely about the impact on the consumer.

If Disney can buy Star Wars, Marvel and Fox, surely Xbox can buy Call of Duty?

There has never been an acquisition like this in video games before, so it’s tempting to look at our sister industries for insight. But the comparisons are not like-for-like. For instance, it’s unlikely you’ll find people that only watch Star Wars or Marvel films, but it’s quite possible you’ll find people who only (or mostly) play Call of Duty games.

“One of the key parts of the conversation is not just the role Call of Duty might play on consoles, but also in terms of streaming and subscriptions”


Obviously, Disney’s acquisition of these brands, plus Fox, has enabled it to become a major player in the TV streaming and subscription market. But regulators have concluded that these deals are not enough to harm competition, particularly considering the size and capabilities of companies like Netflix, Amazon and Apple.


In games, the subscription business is still in its early stages (and streaming is even earlier), and it’s not certain how significant they might become. Therefore part of the discussion will be how likely subs will become the primarily business model for games, whether streaming will become a significant distribution method, and what that might mean for competition in video games.

Who will the regulators talk to?

Alongside obvious players like PlayStation and Nintendo, regulators will likely speak to a broad spectrum of games companies, including smaller developers, large publishers, trade bodies, analysts, data firms, plus major conglomerates such as Apple, Google, Amazon and Meta, who are all continuing to invest in expanding their video game capabilities.

When will the regulators decide?

Assuming the three main regulators move to a second phase, this process could drag on for a long time and well into 2023 (Microsoft estimates it’ll take up until the middle of next year). Expect to read a lot more about this acquisition in the months ahead. For the immediate future, Call of Duty and the other Activision Blizzard properties will continue to be supported fully across multiple platforms.