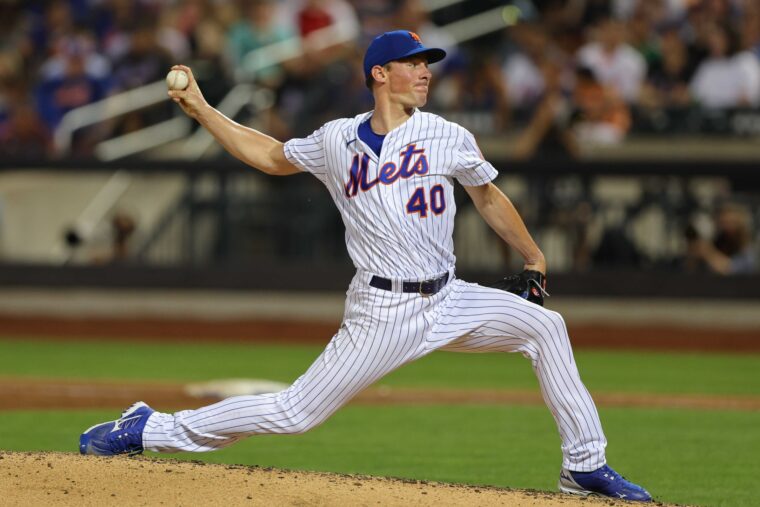 The New York Mets hung on for the 1-0 win yesterday and go for the series victory this afternoon at Citi Field. Jacob deGrom was Jacob deGrom yesterday, pitching six innings of shutout baseball while striking out 10 batters. One of the more interesting areas for the Mets this year has been the bridge between starter and Edwin Díaz. Yesterday, Seth Lugo and Trevor May locked the Phillies down before getting the game to trumpet time.

The Braves yesterday though played two games against the Marlins, winning both, so they still managed to close the gap a bit. New York now has a 5.5 game lead in the NL East. Meanwhile, the Phillies are 10.5 games back.

Chris Bassitt will get the start for the Mets today. Over his 21 starts and 130 innings this season, he has a 3.39 ERA, 3.60 FIP, 1.123 WHIP and a 117 ERA+. He is coming off of a dominating start against the Reds where he allowed one unearned run via scattering eight hits and a walk over eight innings. In his last two starts, he hasn’t allowed an earned run over 15 innings.

Bassitt has faced the Phillies twice this year, both back in May. In his first start, in Philadelphia, he allowed a run on a solo homer and five hits over 5 2/3 innings. In his second start, he allowed one run from two hits and three walks over six innings. The Phillies have the following numbers against him:

Going for the series W. #LGM

His one weakness lately has been the home-run ball. In that same stretch, he has allowed four homers, one a game. Additionally, if you go back one more start, he has allowed six homers in his last five starts. He has allowed only five homers in previous 16 starts.

Wheeler has faced the Mets twice this year. He opened his season against New York, holding them to one run via two hits and a walk (including a home run) over 4 2/3 innings. Then at the end of May, he allowed three runs, only one earned, over six innings via four hits and three walks. The Mets have the following numbers against him: