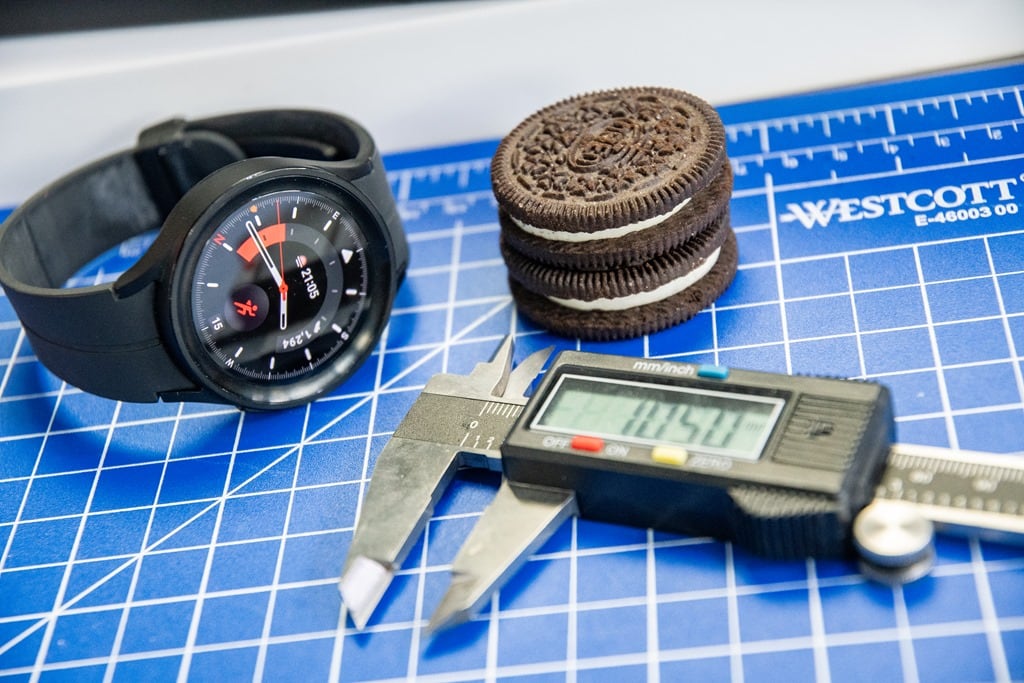 I didn’t intend on going down a rabbit hole this morning. Or at least, not this rabbit hole. I thought I was starting my day down a much narrower hole, to quickly and efficiently demonstrate that the Samsung Galaxy Watch5 Pro specs for thickness were woefully incorrect and misleading. That specific scavenger hunt was initiated by Reddit this weekend after watching my Early Review of the Samsung Galaxy Watch5 Pro, and noting there was no way the 10.5mm thickness listed for that watch was accurate, given the far more sleek/older Galaxy Watch Active 2 was listed at 10.9mm. It seemed impossible.

And sure enough, it was.

It wasn’t even close. The measured thickness of the Galaxy Watch5 Pro was ~15.2mm, some 50% thicker than the claimed 10.5mm spec. And the weight? More than double the spec. As apparently Samsung doesn’t include the band weight in their measurements (despite no caveats declared/listed). 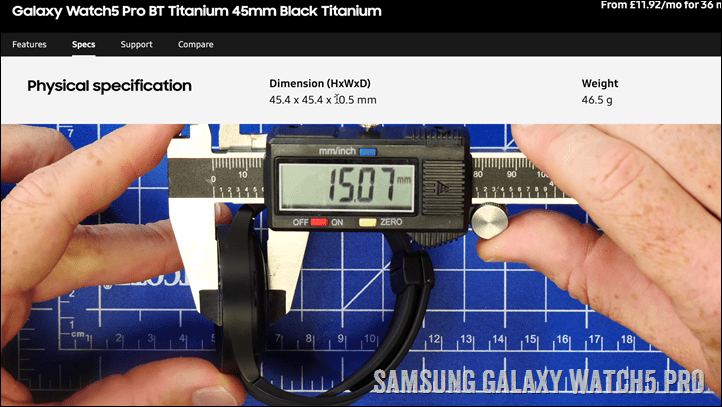 At this point in my morning, I figured I’d just grab an Apple Watch and a Garmin watch, and then illustrate that both of those companies know how to use a ruler. Except, that journey ended shortly when I measured both watches and they too were thicker than spec, albeit, not by nearly as much as Samsung’s. Here, you can see the Apple Watch Series 7 at 13.1mm (claimed is 10.7mm), and the Garmin Forerunner 255 Music at 14mm (claimed is 12.9). I assume my margin of error is about 0.1mm using this tool. 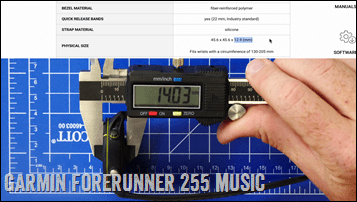 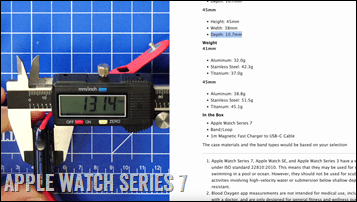 Holy cow! Finally, I’ve got two companies that know how to use a measurement tool. Both the Fitbit Sense and Wahoo RIVAL were exactly on-spec (within my margin of error). 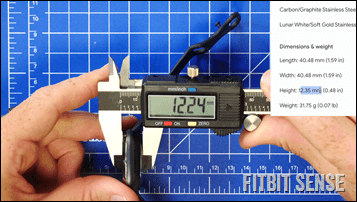 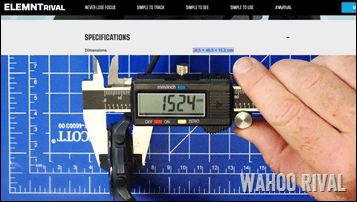 I suspect for different reasons. In the case of Fitbit, they’ve always been pretty honest when it comes to spec-specific things. For example, battery life claims Fitbit is always very conservative, and battery life virtually always matches what they list (or is better than list). I might not agree with them on accuracy, but in terms of base specs, they get that right. And in the case of Wahoo, I suspect being their first Wahoo-branded watch, I suspect nobody simply told them they were supposed to lie about the thickness measurements.

So I then went down the path of trying to figure out what these exact specs were listing, and it turns out, they were listing the portion of the case excluding the optical HR sensor bump. If you measured everything except that, they all matched (except Samsung, more on that in a second). So if we look at the Garmin Forerunner 255 Music, its spec is 12.9mm, and measured at 12.93mm if I ignored the optical HR sensor bump. Same with the Apple Watch Series 7 (10.68mm measured vs 10.7mm). 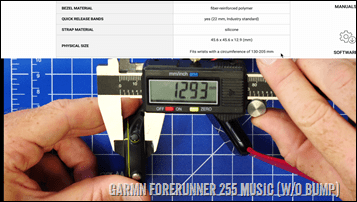 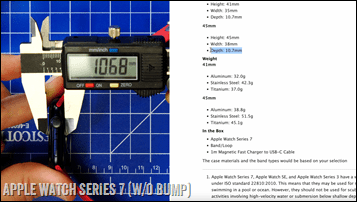 On one hand, I get why a company might want to list it this way. In theory, said 1-2mm bump effectively ‘melts’ into the depths of your skin/wrist when you wear it. So the practical visible depth is everything except that. However, as much as I appreciate the creativity in that line of thinking, let’s be clear: It’s not true. Even more so since none of these companies list an asterisk there or other such documented caveat. Apple, Samsung, Garmin, and others all have plenty of caveats on their website around numerous other claims. But for this, they just ignore it (the same is true for the weight being pod-only, not including the band). Further, it makes it impossible to meaningfully compare the different watches, since companies like Wahoo and Fitbit are including everything – sensor bump (no matter how small) and all. I’m not philosophically opposed to including this measurement, but it needs to be caveated somewhere if it’s not the entire device thickness – just like every other caveat. After all, there are some people that actually *WANT* a thicker watch.

However, we need to step back to Samsung for a second. Because this wasn’t just a 1-2mm bump. This was a 5mm difference between spec and reality – a 50% increase in the stated thickness of the product. What the heck is Samsung measuring?

Well, turns out they’re just measuring the sidewall of the watch, that’s it. This ignores the entire back case, as well as the sensor bump. Their back case is a rounded hump that goes up 3mm, before then having the sensor bump rise from that another 2mm or so. 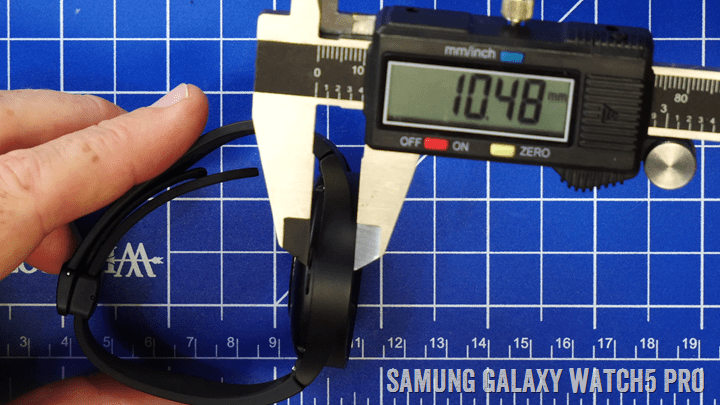 Mind you, this has changed with how Samsung used to measure watches in years past, which did previously include everything. And then Samsung took the apparent gentleman’s agreement of not measuring sensor bump to then not measuring any portion of the back of the case. The good news here is that Samsung’s at least consistent with their measuring inaccuracy, as based on their battery claims – my testing shows them significantly short there too.

But more on that later, thanks for reading!