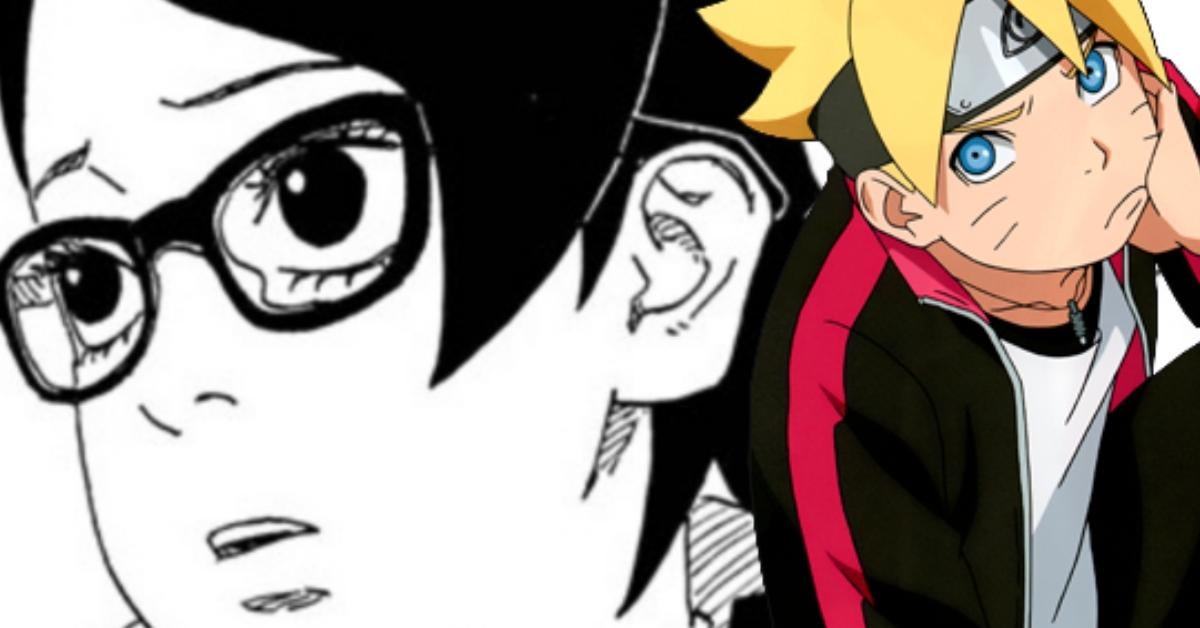 Boruto: Naruto Next Generations has started to fuel more of the fire between Sarada Uchiha and Boruto Uzumaki with the newest chapter of the series! Much like the original series, Boruto has had a few budding romances take shape amongst all of the young shinobi. This has been especially interesting to see between Sarada and Boruto, however, as their relationship has been one built on a trust between comrades but has always felt like there might have been something more between them there. It’s more towards Sarada’s side of things than anything, and the newest chapter of the series had added an interesting new layer to it.

The newest chapter of the series continues the strange fights against Code as while the former Kara member is confronting Shikamaru and Amado in secret, Boruto and the others are now still in the wake of their last fight with him. It’s given them a brief reprieve to truly process everything that has happened to them in a short time, and the newest chapter of the series has revealed how Sarada and Mitsuki feel about it all. And for Sarada, her feelings for Boruto might be deeper than she realizes.

Chapter 69 of Boruto: Naruto Next Generations catches up with Sarada and Mitsuki as they find out about Boruto and Kawaki’s recent fight with Code. They talk about how Kawaki ended up killing Boruto, and in the wake of that the two of them are trying to process how they feel about what Boruto’s death would actually mean. The two of them feel a guilt, and for Sarada’s sake she feels an anger as well bubbling over that fact. But it’s an anger over the fact that he continues to do things on his own.

She’s upset that Boruto doesn’t rely on them more, and is upset more at herself at the fact that she can’t do more for him. It’s here Mitsuki says that Sarada likes Boruto, and while she denies it’s also something that she might not even be aware of her true feelings of. But at the end of the day, what’s fueling her more now is to quickly gain enough strength to help Boruto in the midst of all of this and to better be a protector for her village overall.

So while the newest chapter of the series starts to dig into a potential romance between she and Boruto, Sarada’s ultimately focused on what’s most important to the village as a whole and the safety of everyone she cares about. What do you think? How do you feel about Sarada’s feelings for Boruto in the newest chapter?