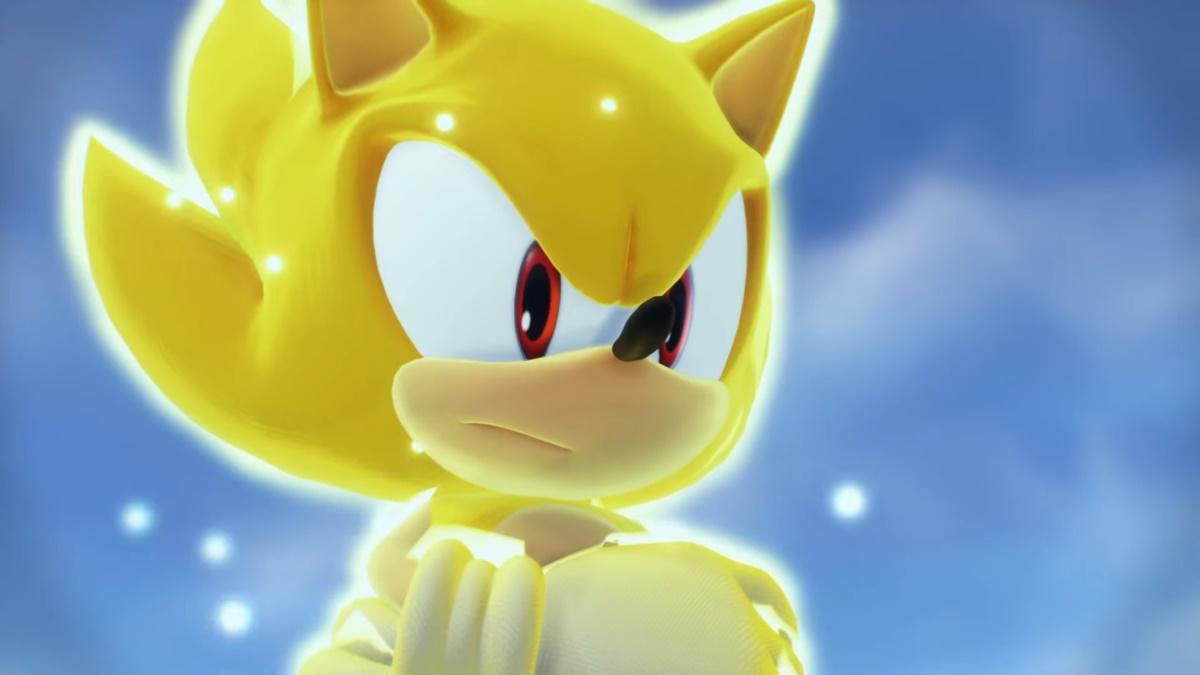 Sonic Frontiers developer Sega has released a new trailer for the upcoming video game that shows new footage from the title. The trailer, dropped ahead of Tokyo Game Show 2022, most notably showcases a fight against a titanic enemy with Sonic initially having some trouble with it. That is until he uses the Chaos Emeralds to go Super Sonic.

That’s right; it would appear that Super Sonic is back in Sonic Frontiers. Given that the premise of the video game seems to be Sonic traversing Starfall Islands in search of the Chaos Emeralds in addition to his missing friends like Amy and Tails, it isn’t exactly shocking that Super Sonic would make an appearance. The form essentially harnesses the gems’ power to give Sonic a serious boost — and a golden sheen. You can check out what Super Sonic looks like in Sonic Frontiers, as well as the fight against the giant enemy, in the new trailer embedded below:

Put your skills to the test against titanic foes and more in Sonic Frontiers! pic.twitter.com/fCYEQJ1Ki4

You can check out an official description for Sonic Frontiers below:

“Sonic’s new journey begins when him and his friends – Amy and Tails – head to the Starfall Islands in search of Chaos Emeralds. As they approach the islands, sudden trouble hits their plane, and they are sucked into a dimensional portal. Sonic then finds himself separated from his friends and awakens in a strange, digital world – Cyber Space. He miraculously escapes Cyber Space and arrives on Kronos Island, one of the Starfall Islands, full of ancient ruins where strange enemies roam. It is then up to Sonic to explore the Starfall Islands, find his lost friends and uncover the mysteries around him.”

In general, Sonic Frontiers is set to release for the PlayStation 5, PlayStation 4, Xbox Series X, Xbox Series S, Xbox One, Nintendo Switch, and PC on November 8th. You can check out all of our previous coverage of the upcoming Sonic the Hedgehog video game right here.

What do you think about the new trailer for Sonic Frontiers? Are you excited to see Super Sonic make an appearance? Let us know in the comments, or feel free to reach out and hit me up directly over on Twitter at @rollinbishop in order to talk about all things gaming!