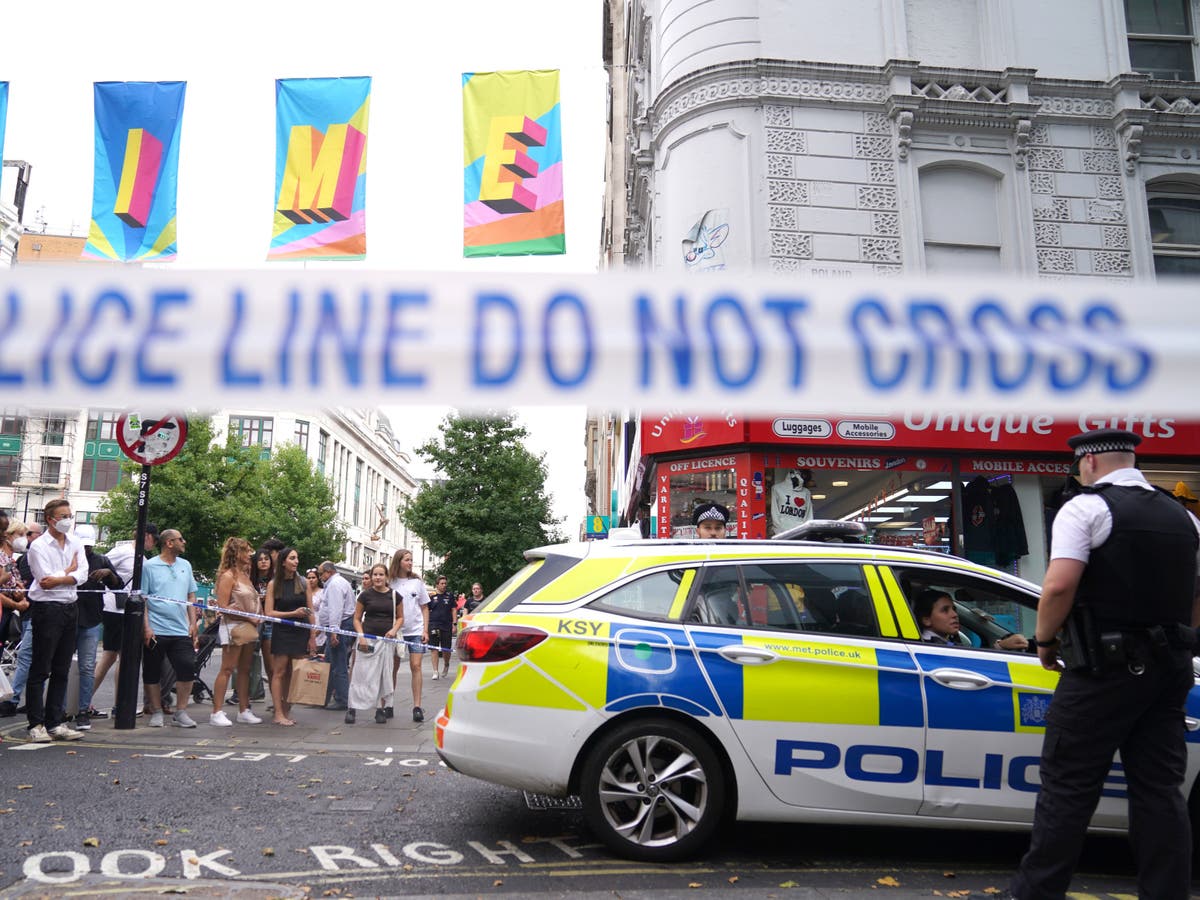 A man has been stabbed to death in broad daylight near London’s Oxford Street.

Police, paramedics and an air ambulance rushed to Poland Street in the capital’s busy Soho area shortly after 11.30am on Monday, following reports of a stabbing.

But the victim, whose identity remains unconfirmed, was pronounced dead at the scene less than an hour after the emergency services were first called, the Metropolitan Police said.

This is despite the first paramedic arriving within seven minutes, according to the ambulance service.

A man has been arrested, Scotland Yard said, and Sadiq Khan’s office later confirmed that London’s mayor was in “close contact” with the police force over the “appalling” incident.

Have you been affected by this story? If so email [email protected]

A worker in a nearby shop alleged that the violence had broken out in a restaurant.

One man who was in a building on Poland Street said: “There was shouting in the street and it escalated into a full-blown row. There was a weapon and someone fell to the ground.”

Police officers were seen in Arirang, a Korean restaurant on Poland Street, and also went into Flannels, a clothes shop on Oxford Street.

The force’s statement said: “At 11:40am on Monday, August 15 police were called to reports of a stabbing in Poland Street, W1. Officers attended with the London Ambulance Service and London’s Air Ambulance.

“A man was found with stab wounds. Despite the best efforts of the emergency services he was pronounced dead at the scene at 12.20pm. His identity has yet to be confirmed. A man has been arrested in connection with the incident.”

There is no risk to the wider public, Scotland Yard said.

Poland Street is a turning off Oxford Street and runs into Soho, an area famed for its nightlife and heavily populated with pubs, bars and restaurants.

A London Ambulance Service spokesperson said the service sent an ambulance crew, a paramedic in a fast response car and an incident response officer to the scene, while London’s air ambulance was also dispatched.

“Our first paramedic arrived in less than seven minutes,” the spokesperson said. “Despite the best efforts of our teams, the patient sadly died at the scene.”

There have been more than 60 homicides in London so far this year, according to a count by the Murder Map website, however this may differ from official figures. The Press Association news agency reported that number to be 57 if including the fatal Poland Street stabbing.

A spokesperson for the capital’s mayor, Mr Khan said: “The mayor’s thoughts are with the friends and family of the victim following this appalling attack in our city today. A man has been arrested and the mayor remains in close contact with the Met Police about the incident.

“Each death through violence in London is a tragedy, which is why the mayor’s top priority will always be tackling crime as well as the complex causes of crime.”