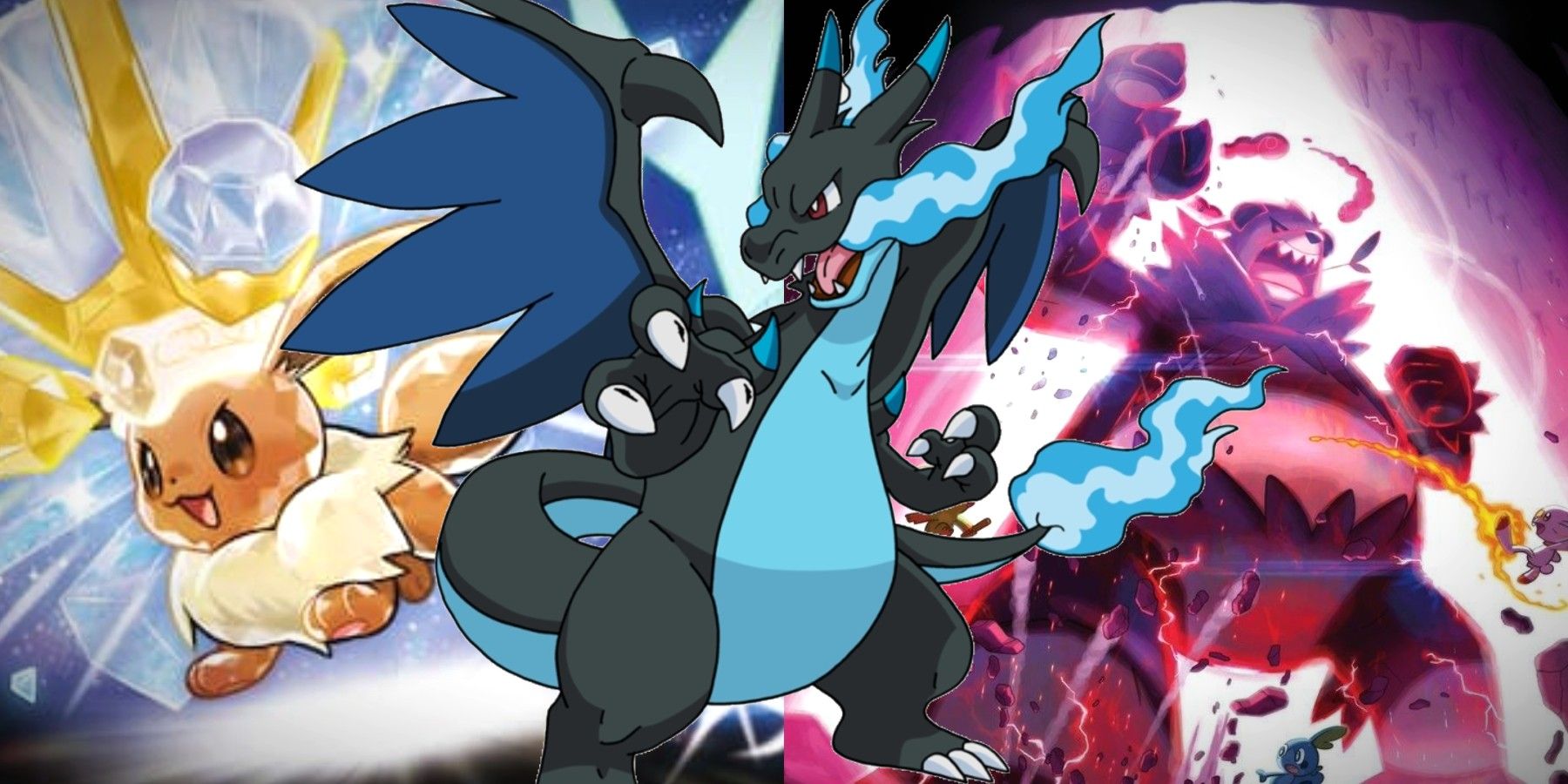 Over the course of the Nintendo Switch-era, it’s fair to say that Game Freak hasn’t stood still from a design perspective. With experimental entries in the mainline Pokemon series like Legends: Arceus and new features added in titles like Pokemon Sword and Shield, players have been spoiled for choice when it comes to new gameplay gimmicks. Based on the marketing campaign that the studio is rolling out for the upcoming Pokemon Scarlet and Violet, it doesn’t look like this is going to change anytime soon either.

While some of the gameplay gimmicks that have been introduced might look like brand-new inventions, some fans have picked up on a trend that suggests this isn’t entirely the case. Several mechanics seen throughout the last few generations of the series, including the unreleased Pokemon Scarlet and Violet, appear to have been heavily inspired by the franchise’s iconic anime. This theory, which has developed over the last decade or so, has a steadily growing list of evidence that suggests it could be true.

RELATED: Pokemon Scarlet And Violet: Everything We Know About Fidough

When Game Freak first introduced the concept of Mega Evolutions in Pokemon X and Y, some of the mainline series’ most entrenched rules were upended. Giving select Pokemon extra evolutions, including those that already had three in their family like Charizard, fundamentally changed the rules of what was possible. The idea that these monsters could change their forms, stats, and even types temporarily mid-battle, added a layer of complexity to the series’ competitive battling scene.

Debate among the Pokemon franchise’s fan-base, over nearly every aspect of Mega Evolution, has raged since its debut on the 3DS. Considering how no new Pokemon have been given the ability since Omega Ruby and Alpha Sapphire, it looks like Game Freak has benched the concept for the time being. What might surprise some players though, considering the planning that clearly went into the idea, is the fact that a group of fans believes its origins can actually be traced back to the franchise’s anime.

Even though the first Mega Evolution took place on-screen within the anime’s Mewtwo: Prologue to Awakening episode in 2013, some fans believe this wasn’t the first time that a Mega Pokemon actually made its TV debut. Back during the anime’s Johto arc, in an episode called “Enlighten Up” in the US, Misty experienced a dream about an unnamed “legendary water-type Pokemon.” Although it should be noted that the monster was never fully shown, its silhouette now shares a striking resemblance to Mega Gyarados.

What’s helped to fuel the gameplay gimmick theory, is the fact that this episode debuted in Japan all the way back in 2002. Nearly 11 years before Mega Evolution, or Mega Gyarados, were officially introduced to the series in X and Y. Even though the idea of physically altering a Pokemon’s form mid-battle wasn’t featured in the episode, there’s still evidence to suggest that Game Freak was aware of its existence during its design process. Basing its new creation around an old fan favorite theory to create a neat circle and synergy.

The theory that Game Freak has started to take increased inspiration from the anime, while designing its gameplay gimmicks, gained even more traction with the arrival of Pokemon Sword and Shield on the Switch. That’s because one of the big innovations of the 8th generation titles was the ability for trainers to turn their Pokemon into giants. At select locations throughout the Galar region, the option to Dynamax and Gigantamax for three turns was introduced as a way to spice up battles and raids.

Conceptually, Giant Pokemon are far from a brand-new invention within the anime, which is why some fans are so convinced that Game Freak has been inspired by the long-running show. Perhaps the most notable example dates as far back as the anime’s 13th episode, where a giant Kaiju-sized Dragonite features prominently. It should be noted though, no explanation was ever given on-screen as to how the dragon-type Pokemon was able to become so massive.

Considering how popular the “Mystery at the Lighthouse” episode and its giant Dragonite have been since 1997, it would make sense if Game Freak had taken inspiration from both. What’s arguably the most intriguing part of the equation though, is the fact that it might have provided a solution to the mystery retroactively in the process. Although the studio will likely never confirm the gameplay gimmick theory, the introduction of Dragonite to Sword and Shield via the Crown Tundra DLC could be interpreted as a subtle answer on this front.

With Pokemon Scarlet and Violet set to launch later this year, the gameplay gimmick theory has once again resurfaced online. That’s partly because during the marketing campaign for the generation 9 titles, Game Freak has revealed the latest battle quirk that will debut within them. Known as the Terastal Phenomenon, this gameplay gimmick allows trainers to power up and potentially swap a Pokemon’s type mid-battle.

When a Pokemon Terastallizes in Scarlet and Violet its physical appearance changes slightly during the process as well though. In addition to an elaborate crown forming above their head, the Pokemon in question also takes on a more crystal-like sheen and appearance. Visually and practically however, this isn’t the first time that a Pokemon has undergone this kind of transformation.

Back during the anime’s Orange Islands arc, several proto-regional forms made their debut. Most of these were slight alterations or palette swaps of generation 1 Pokemon, so Johto’s roster could be saved for a later date. One Pokemon in particular stood out from the crowd though. Dubbed the Crystal Onix thanks to the name of the episode, this version of the monster was not only made of bright blue crystals, but was also seemingly an ice-type. Aside from a missing crown, that now sounds a lot like the snake had experienced the Terastal Phenomenon.

With three examples of the gameplay gimmick theory now out in the wild, it seems unlikely that Game Freak has conjured any of them up without its design process having been partially influenced by the anime. Beyond the aforementioned gameplay gimmicks, there’s further evidence of a close relationship between the Pokemon games and anime existing, that supports this. Thanks to crossovers like Ash-Greninja and the debut of Togepi and Dusk-Form Lycanroc, it’s clear that inspiration has officially been traded both ways.

Pokemon Scarlet and Violet are scheduled to release on November 18 for the Nintendo Switch.