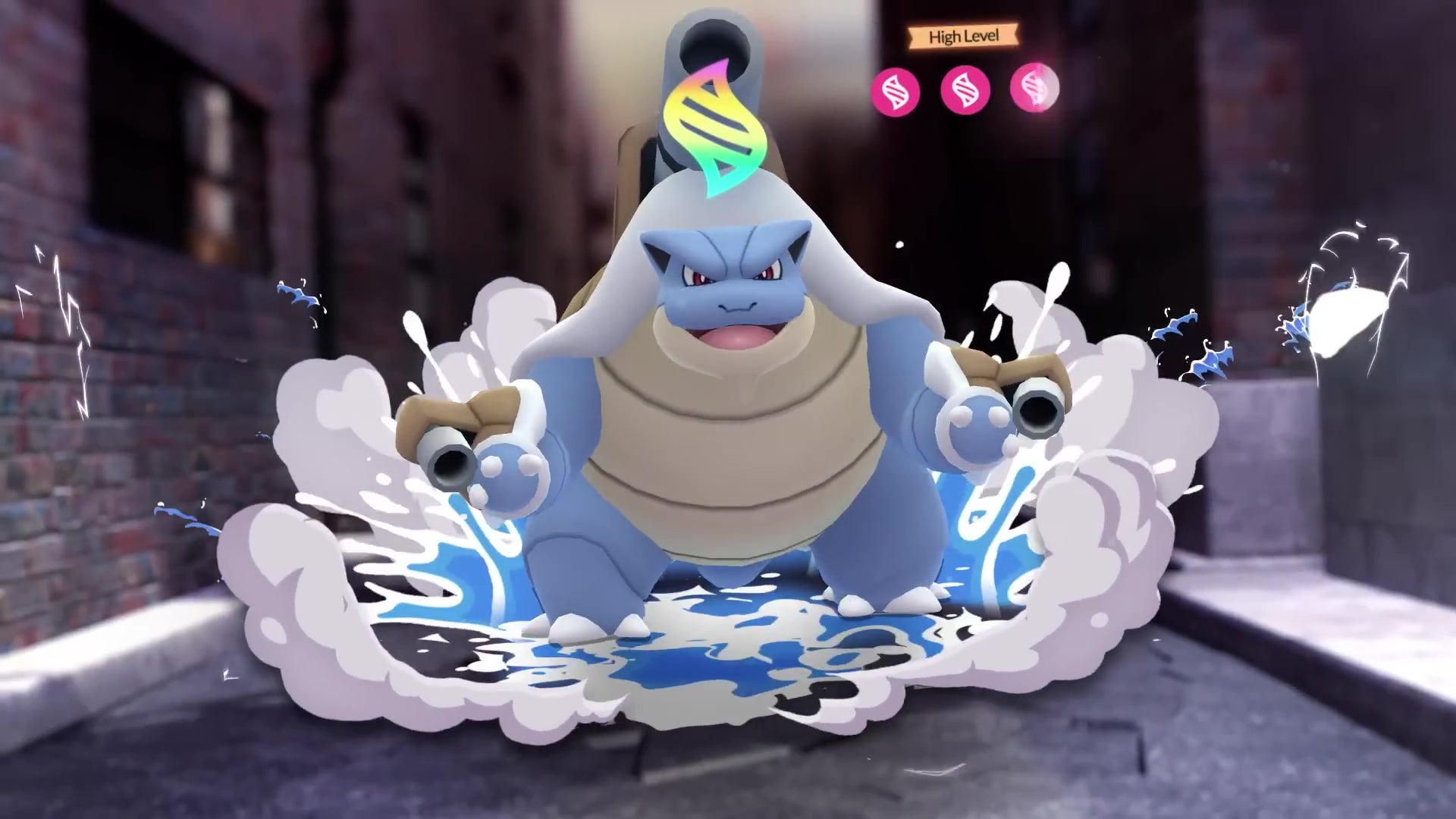 Mega Evolutions allow you to power-up existing creatures into a much more powerful form in Pokémon Go.

Introduced into Pokémon Go in August 2020, Mega Evolutions remain a temporary transformation, and requiring the use of a new item type – Mega Energy.

This page explains how to Mega Evolve a Pokémon in Pokémon Go, how to get Mega Energy and all available Mega Evolution Pokémon.

In April 2022, Mega Evolutions underwent a significant update. Though the core concepts remained the same – that certain Pokémon could Mega Evolve once you have collected enough Mega Energy – you can now Mega Evolve for free after the first use and level up Mega Evolutions for additional bonuses.

At the time of writing, the Mega Evolution update is only available in Australia and New Zealand, and will be rolled out globally in the coming days.

The new changes include:

In summary – the existing bonuses still remain, and though you still need to find Mega Energy to evolve a Pokémon in the first place, beyond that, the ability to evolve without needing more is a welcome one. The bonuses from higher levels are well worth working towards too – which we’ll discuss in the next section.

You can read more about the changes, and Niantic’s thinking about them, in the April 2022 Dev Diary:

Introduced in the April 2022 update, Mega Evolutions now have levels. To increase your Mega Level, you must Mega Evolve that Pokémon, and after a certain number of evolutions, you will reach the next level.

Each level has a number of bonuses. The evolution requirement and bonuses are as follows:

Note on the above – the Catch XP, Catch Candy and Candy XL bonuses only apply to Pokémon of the same type as the Mega Evolution. Though this initially seems restrictive, it is particularly useful for Community Day and Spotlight Hour events where you might want to maximise the amount of Candy or XP you’d like to earn from catching one particular Pokémon.

Which Mega Evolutions can be currently battled in Pokémon Go?

The Season of Go in July has one different Pokémon scheduled to appear in Mega Raids each week.

Currently, the Mega Evolution available in Mega Raids is Mega Scizor. It will be appearing in Mega Raids until Thursday, 18th August, 2022.

The Pokémon scheduled to appear in Mega Raids after Mega Scizor are:

Why is this important to know? While you can get Mega Energy for a number of Pokémon at any given time through quests or field research, in raids (which continues to be the easiest source) they rotate in and out regularly.

This means that, if you wish to complete your Mega Pokédex easily, you need to keep a close eye on exactly which Mega Pokémon are currently appearing in Mega Raids. If not, you risk having to wait for their reappearance.

How to Mega Evolve in Pokémon Go

Mega Evolutions are an additional, more powerful evolution that certain Pokémon – such as the original Kanto starters – can undertake.

To Mega Evolve a Pokémon in Pokémon Go, you need a resource named Mega Energy. Once a Pokémon has been Mega Evolved, it will stay in that form for a limited amount of time (which was increased to eight hours in October 2020) and can be used in a variety of battles.

You will be able to see how much time your Mega Evolution has remaining on its CP screen.

Once it has returned to its normal form, the Mega Energy you need to Mega Evolve it again later will be decreased.

This amount was further decreased on Thursday, 3rd September as Niantic performed a number of adjustments to the Mega Evolution system.

Other things you should know about Mega Evolutions:

How to get Mega Energy in Pokémon Go

Mega Energy is specific to each individual Pokémon – similar to how Candy works in the game. So if you want to Mega Evolve a Bulbasaur into Mega Bulbasaur, you need Bulbasaur Mega Energy.

Mega Energy is primarily found from completing Mega Raids, a type of Raid encounter featuring Mega Pokémon. The faster you win a Mega Raid, the more Mega Energy you receive.

You can also earn Mega Energy through a number of other ways, including:

Certain Special Research rewards, such as Mega Energy for Beedrill from completing A Mega Discovery.

Where can you use Mega Evolutions in Pokémon Go?

While a Pokémon is in its temporary Mega Evolved form, you can use it in the following areas of the game:

Elsewhere, be sure to use Daily Adventure Incense for the chance of encountering Galarian Articuno, Galarian Zapdos and Galarian Moltres. There’s also a new special research quest – A Mysterious Incense.

This season has also seen the lowering of the requirement for Candy XL and introduced the first Ultra Beasts, along with new Prime Gaming rewards every fortnight.

As with regular Pokémon, you can track how many Mega Evolutions you’ve encountered in your Mega Pokédex.

Though the main games span 48 Mega Evolutions (including the two Charizard and Mewtwo each have access to each) on the feature’s debut in Pokémon Go, there are only four Mega Evolutions available.

All Mega Evolution in Pokémon explained

Meanwhile, here are all the Mega Pokémon ever released in the mainline games in a single image, courtesy of a tier list (thanks to gerbetta33 on reddit for this).

To clarify – these are not currently in Pokémon Go, and there’s no guarantee they will appear in the game.

However, this list might be useful to learn what could be coming to the game one day:

Good luck on your hunt for Mega Evolutions!