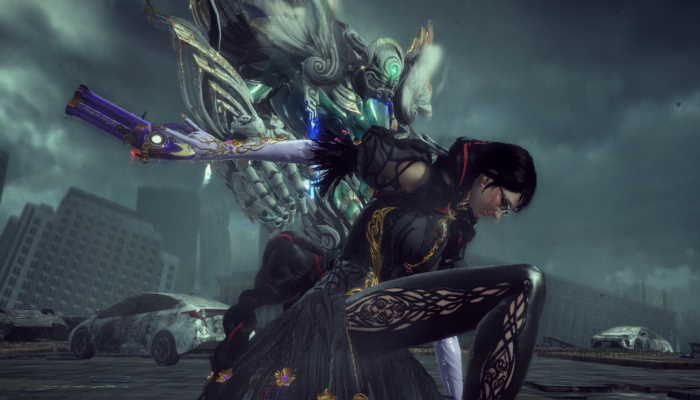 Nintendo’s over-the-top hack-and-slash title, Bayonetta 3, is, without a doubt, a ton of fun. In my brief thirty-minute hands on with the game at PAX West 2022 earlier this month in Seattle, time flew by faster than I could react to a Humanculi’s attack to activate Witch Time. I was immersed in what Nintendo had on offer, taking control of the eponymous witch and fighting my way through the city streets of Tokyo.

It’s been a hot minute since I’ve played the Bayonetta franchise, but it felt almost natural jumping back in when the Pro controller was placed in my hands. Bayonetta herself still has her flashy kicks, swipes, and her trusty guns (this time rocking a homage to Chicago’s “Colour My World” across the weapons) to take out each enemy, as well as a few new ones. A new gameplay video from yesterday’s Nintendo Direct showcases much of what was on display during my time with its third installment.

In my demo, we started out on the streets of Tokyo, fighting back waves and waves of enemies. The flashy action of Bayonetta is back and is looking better than ever, with each kick, punch, and shot fired devastating all in her path. She’s able still to weild her magic to turn out some devastating finishing moves, seeing disembodied hands and feet pop out of the ether to smite her foes.

Bayonetta’s flashy combat is back with its combo system fully intact as well. A tutorial mode lets you mess with your new combos, learning how to string them together to massive effect, as well as how to chain them into finishing with your guns, should need arise. It was fun pulling off strings of combos I only learned moments before while in the fray, sending Humonculi flying with each attack.

Thankfully, if you’re not all that great at remembering or min/maxing combos, Bayonetta 3 has a way to still pull off some flashy moves while not going through the trouble of memorizing button presses. A single-button combo is available for players to master, and while you’ll lose points off your encounter score, it is still a fun – and accessible – way for players to just enjoy the world of Bayonetta should they choose. For those who want the traditional experience, the complexity of the previous games is taken up a notch with a few additions.

Dodging perfectly puts you into Witch Time – a slowed down time bubble that allows you to move freely, reposition and deal some damage back to your opponents. I found myself getting the hang of this quickly, popping into Witch Time time and time again, dealing damage to bosses during our spectacle fights. An early boss in the demo saw me learn the hard way to keep the dodge button in reach, though I will say the placement of A and B on the controller did me in some as well, given that they are reversed versus an Xbox controller (or the Steam Deck, which I’ve spent the majority of my gametime lately). Eventually, though, my mind readjusted and everything was fine. But it was annoying at first.

Bayonetta has another trick up her sleeve as well: summoning Infernal Demons. Whereas before these would only be available as finishers, now you can summon the demons outright to join the fight. The slow, but powerful, additions to combat can help fell groups of enemies, or take on towering demons of the enemy. It was a spectacle the first time I summoned Gomorrah to lay a massive demon opposing me to waste. 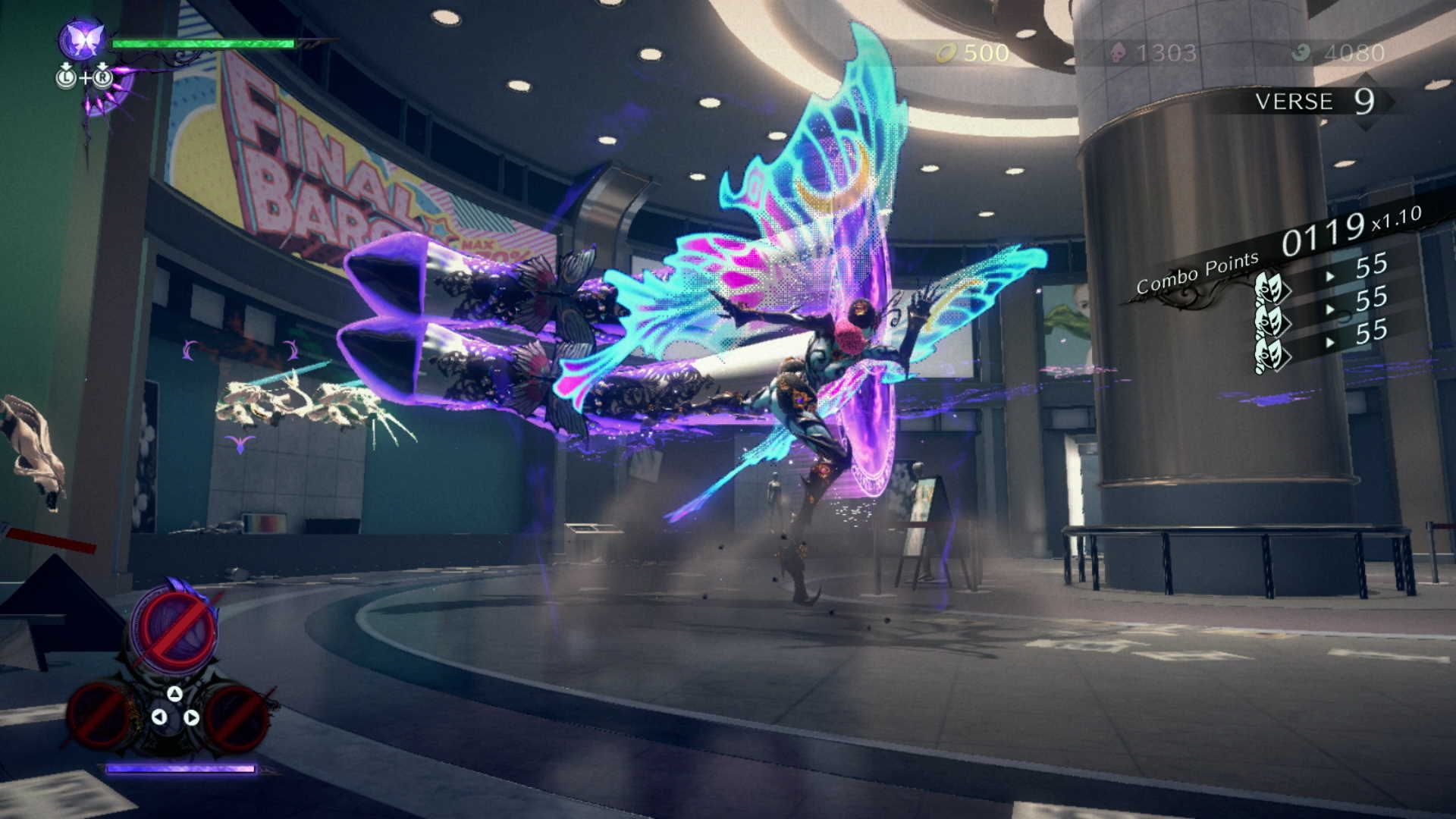 While summoned, Bayonetta herself is vulnerable, so it is a balancing act that I found somewhat difficult to learn at first. While I battled with two demons towards the end of the demo, Humonculi were summoned to bear down on Bayonetta herself. Having to drop the summon to fend off attacks proved difficult at first, though the more I played the boss fight out, the more natural it all became.

Gomorrah himself is slow, though in my demo I was also able to summon Madama Butterfly to take down foes. Bayonetta can even channel the Butterfly to speed through sections and towards enemies, which I found incredibly satisfying when my momentum carried me into an attack. This is through channeling the demon present in your weapon, called the Demon Masquerade, which give Bayonetta a whole new way to fight and move throughout the level.

The demo itself felt rather linear, which makes sense for a demo, but there were plenty of highlights. Part way through Bayonetta and Gomorrah are fighting a demonic entity that is destroying the city around them, seeing me and my demon take part in an on-the-rails sliding portion, where we effectively surfed on buildings as they fell back to the Earth. All the while we’re dodging obstacles, other enemies and more to get to our goal: the giant floating enemy causing all the havoc. 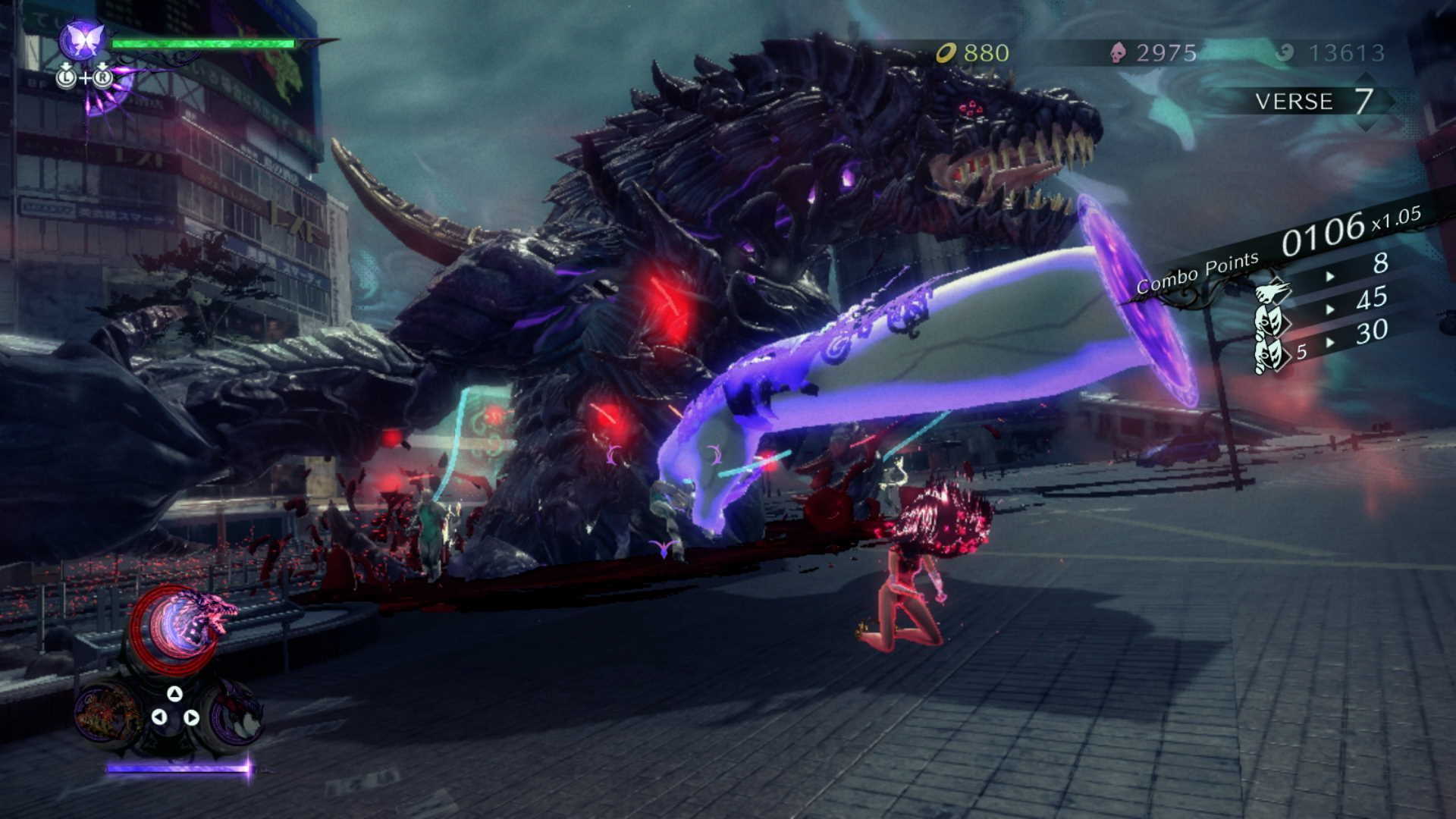 It was fun, though at times riding Gomorrah felt sluggish to react to debris when I needed him too. There were times too where the framerate didn’t quick hold its 60fps target on the Switch while docked, though that could simply be down to this being an unpolished build. The final version coming out in October might fare better here.

The final encounter saw me facing off against two giant demons, as mentioned before. It was here where it felt the culmination of everything I learned to this point was on display. Weaving combos back and forth, dancing around the arena, and firing off demon summons kept the fight interesting and engaging. There was never a moment where I felt I could just stop and gather myself to lead into the next combo – Bayonetta’s fast-paced action saw me constantly on my toes. However, at the end I defeated the two monsters with the help of my Infernal Demon summons, finishing the demo.

I’m pretty stoked to play Bayonetta 3 when it launches later this year. It’s risque, which I don’t mind (though if you do, Nintendo will have some toned down, more SFW options), stylish and, most of all, a frantic fun romp that I could easily see myself pouring hours into like I did the first installment years ago. While we didn’t get to play any of the other protagonists, including Viola, Bayonetta herself feels back and with more attitude than ever.