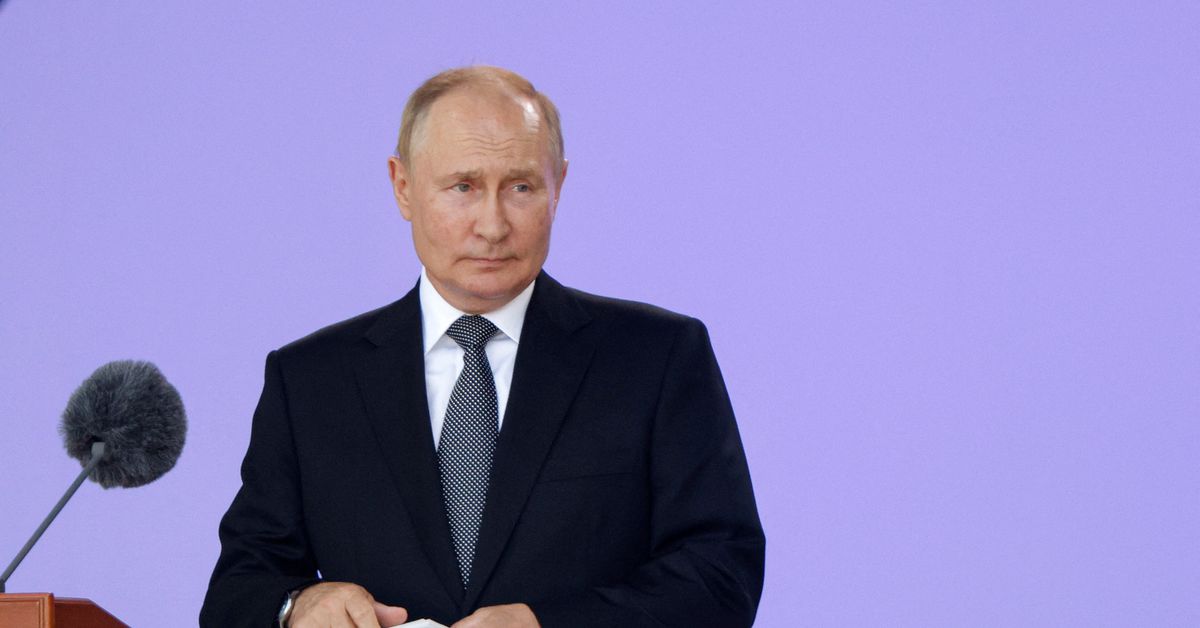 In a speech to a Moscow security conference, Putin also cited the AUKUS security pact between Australia, Britain and the United States as evidence of Western attempts to build a NATO-style bloc in the Asia-Pacific region.

His comments formed part of a narrative that Moscow is energetically pushing as it seeks to justify its war in Ukraine and build new global alliances to counter what Putin called Western hegemony and neo-colonialism.

While Western governments have condemned the invasion as an imperial land grab and united in imposing waves of sanctions on Moscow, Russia is actively courting countries in Asia, Africa and Latin America with the prospect of closer trade ties, arms sales and a vision of a new “multipolar world order”.

Speaker Pelosi’s visit this month to Taiwan, which China claims as its own, was “not just a trip by a single irresponsible politician, but part of a purposeful, conscious U.S. strategy to destabilize and sow chaos in the region and the world”, Putin said.

“We also see that the collective West is seeking to extend its bloc system to the Asia-Pacific region by analogy with NATO in Europe. For this purpose, aggressive military-political alliances are being formed, such as AUKUS and others.”