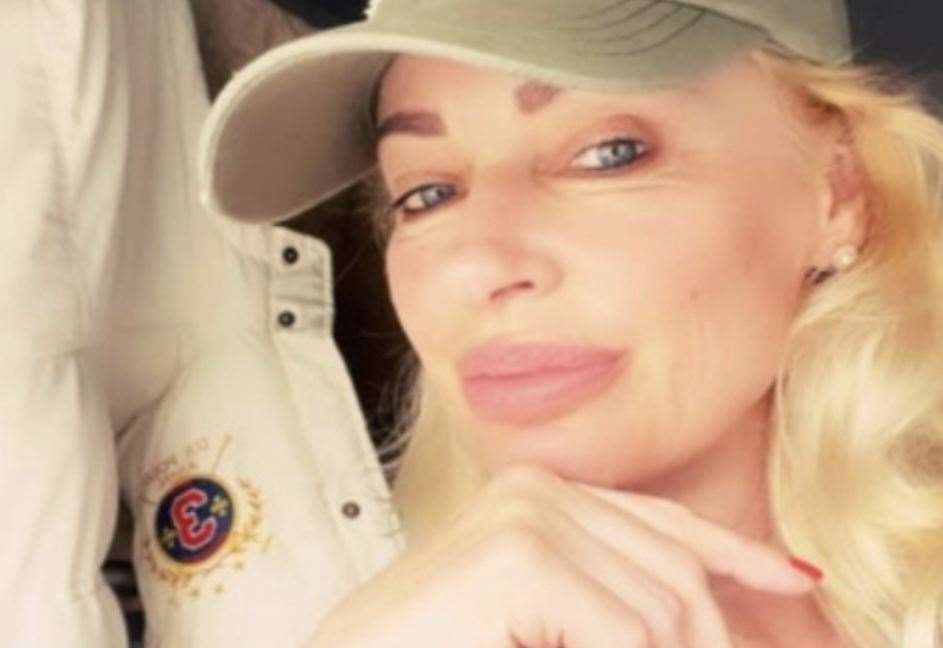 A woman who said she went through hell with the menopause and had to be admitted to hospital six times is sharing her story in the hope of helping others.

Annie Cardone, from Rainham, suffered from insomnia and sleep psychosis before doctors diagnosed her as menopausal. But hormone replacement therapy made her aggressive and agitated.

She said: “I didn’t know and a lot of women don’t know anything about perimenopause.

“I was 48 years old, I still had my cycle and that’s what throws a lot of women off, they don’t realise that it’s coming.

“You start to feel a little more emotional, I mean for me the dominant symptom was insomnia.

“I could not sleep and I didn’t know what was wrong with me.

“I went to my doctor and I got no help there. It was ‘well we can refer you to a psychiatrist’, and I don’t really believe in psychiatric drugs.”

She said that psychiatric help was “never a solution” for her.

Annie’s father passed away in 2013 and her insomnia persisted. After three or four nights without sleep she went into sleep psychosis – which causes hallucinations and delusional thinking.

“My mother had to get an ambulance and get me to a hospital where I was sedated,” Annie said.

“A few days later I was completely back to normal and it was like ‘wow what just happened?’.”

Annie says none of the doctors she saw mentioned it could have been menopause, so she had not even considered it.

“I put it down as maybe I had a bit of a breakdown, my dad had died and it was understandable, but then it happened again when I moved to America.”

When she was in the USA, she was lucky enough to find a doctor who specialised in hormones and told her it was likely she was in menopause.

Annie said she opted for hormone replacement therapy (HRT) but this made things “much much worse”.

HRT is a treatment which aims to relieve symptoms of the menopause, and it replaces hormones which are at a lower level.

Annie said: “The HRT was an absolute rollercoaster. I was frequently changed from pills, to patches to creams.

“It was three years of HRT trial and error hell, and I was probably hospitalised five times.

“I was put on a testosterone implant at first at the cost of £1,500, and it made me aggressive and agitated. I had to put up with that for three months.”

Annie has now written about her experiences in a book and is holding a series of events across Kent, giving women the opportunity to talk about what they are going through and to get support.

In recent years, well-known names such as Lorraine Kelly and Carol Vorderman have been raising awareness of the menopause, while presenter Davina McCall, who created the Channel 4 documentary Sex, Myths and the Menopause, has been calling for better support for women.

But Annie said the sort of help celebrities can get is out of reach for many.

She explained: “I think a lot of times women in the public eye are talking about menopause but they’ve had so much help and assistance.

“They’ve had all the help that money can buy and for a lot of these women they don’t have the money to throw at that sort of thing.

“Especially with the cost of living going up, I really wanted to reach out to the community and offer my advice and information I’ve gathered and share a bit about what I went through.”

Annie is putting on the talks to help women to understand what the stress of menopause is doing to their bodies, and to educate them on how to make positive changes.

She said: “I went on this horrific journey and I came to the conclusion that the only thing that really helped me during menopause was taking care of myself, and not allowing all the stressful factors that were going on in my life to continue.”

Now aged 57, Annie added: “If you think about it at this age it can be really stressful. There aren’t so many opportunities at work, or if you’re single, and there’s so much stigma in ageing for a woman that you’ve got all these pressures and stresses and that then has a massive impact.

“Self-care is not taught in schools, it’s not taught anywhere really, so you spend your life taking care of other people.

“You have partners that need rescuing, you maybe do too much for your kids, you take on your friends problems – I also did that.

“So my sense of self worth and value came from helping other people and solving their problems and that makes you very useful to people.

“But the trouble is you’re not very good at solving your own problems, and that works fine in life until you get to menopause, and then your body changes, your hormones change and everything starts to shut down.”

Annie’s series of events will begin on Monday at The Oast Community Centre in Rainham, from 6.30pm to 8.30pm.

Guest speakers will include a menopause nurse, a nutritionist, a fitness specialist and a reflexologist.

The event, with a capacity of 100 people, has almost sold out and Annie’s said she has been inundated with emails.

“It really is an indicator of how much this is needed,” she added.

Annie plans to hold events in Gravesend, Dartford, Bexleyheath, Rochester, Chatham and Gillingham, with dates still to be announced via her website https://anniecardone.co.uk/.

Her book, called Menopause WTH! will be released in the next few weeks.

She said: “I really want to share the information that I’ve researched and studied for eight or nine years now with women who have nowhere else to go.

“It’s not a comfortable situation for me, telling a story is incredibly hard especially when it’s to do with mental health. It isn’t an easy thing to do but I feel like if I do nothing then that’s irresponsible, and I want to help women.”