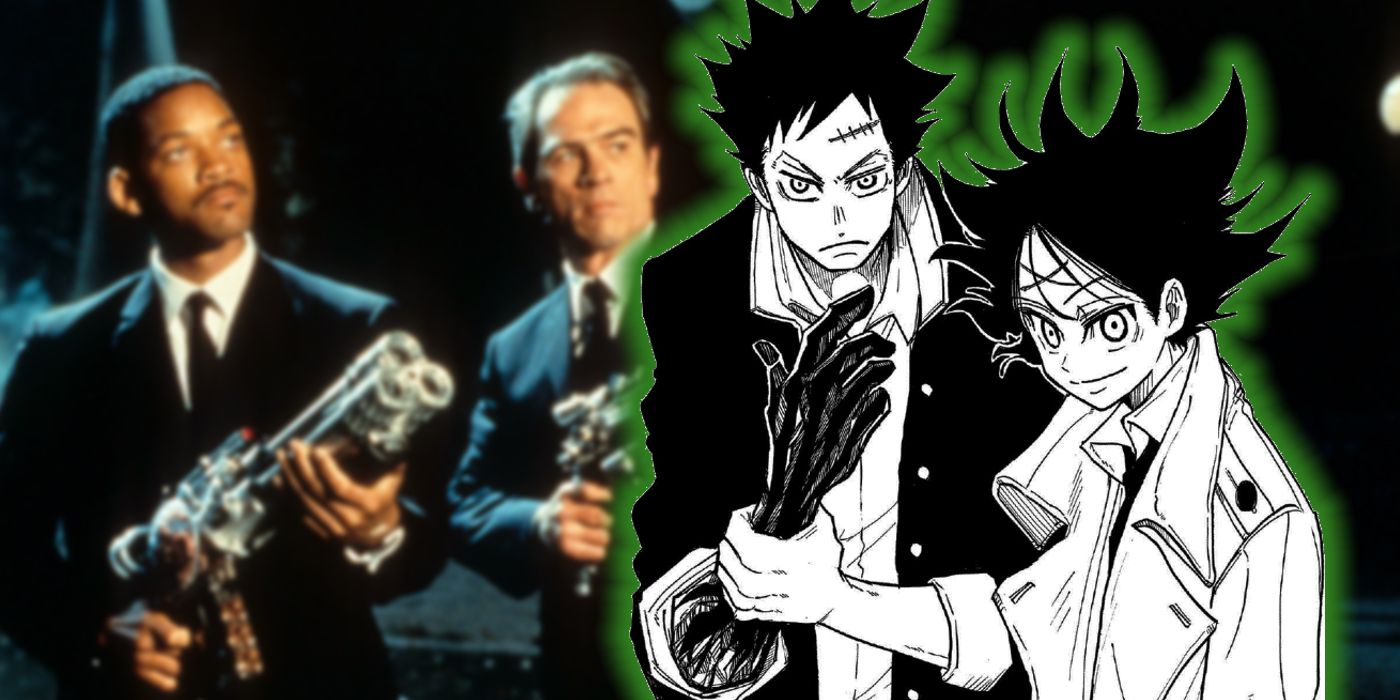 Weekly Shonen Jump has produced countless notable manga series, and some of them — like One Piece and Naruto — are still getting regular updates. However, there are also multiple series that got canceled even before hitting 30 chapters, giving an opportunity for new titles to hit the limelight. Aliens Area, one of the newest additions to the magazine’s weekly lineup, is reminiscent of the cult classic movie franchise Men in Black — but with an exciting manga twist.

The Men in Black movie franchise first aired in 1997, receiving fantastic reception from moviegoers and winning numerous awards. Capitalizing on the first film’s success, two sequels starring the original main cast were released in 2002 and 2012. The latest installment is a spin-off movie titled Men in Black: International starring Chris Hemsworth and Tessa Thompson. Here’s how Shonen Jump‘s Aliens Area is similar — and why it’s worth checking out.

RELATED:Best Action-Packed Webtoons to Read While Waiting for the New Solo Leveling Anime

Men in Black‘s premise is pretty simple: aliens have already been existing with humans but are hidden from mortal eyes, usually using a disguise of some sort. The titular organization comprises those in charge of keeping them in check. James Darell Edwards III, the character played by Will Smith, is a typical New York police officer who arrested a disguised alien during a heated foot chase, leading to his recruitment in the Men in Black. After becoming a full-fledged agent, James, now known as Agent J, interacts with and manages alien activity on the planet.

Aliens Area is one of the most recent additions to Weekly Shonen Jump‘s titles, with the first chapter hitting stands on June 5, and it shares a lot of similarities with the aforementioned movie franchise. In the world of Aliens Area, aliens have access to the planet, but not all of them have good intentions. The first conversation protagonist Tatsumi Tatsunami has with the aliens comes when the otherworldly creatures tried to kidnap him for a supposed alien technology implanted on his arm.

Logically, Tatsumi refused to join. The aliens were still trying to convince him when Tatsumi’s siblings came home, prompting him to urge them to flee. But before the children can even move, one of the aliens has already clutched them by the head. Tatsumi’s urgency activates the technology in his right arm, allowing him to attack the alien and save his siblings.

Before the second alien could harm the siblings, a mysterious man appeared and dealt with it. The man introduced himself as a police investigator who regularly deals with aliens. Similar to Men in Black, Tatsumi is given a choice either to have his memory erased or work with the Foreign Affairs 5.

More commonalities between the two franchises surface in the manga’s subsequent chapters, including the existence of alien royalties, high-tech weapons, and dangers that could threaten the entire world’s safety. However, Aliens Area is not just a cheap Men in Black clone. While the movie franchise uses its main character’s wits and athleticism to solve its cases, the manga is more centered on the action. And like most shonen manga, it is probably safe to assume Aliens Area will focus more on strengthening its protagonist while also establishing his relationships with the other characters.