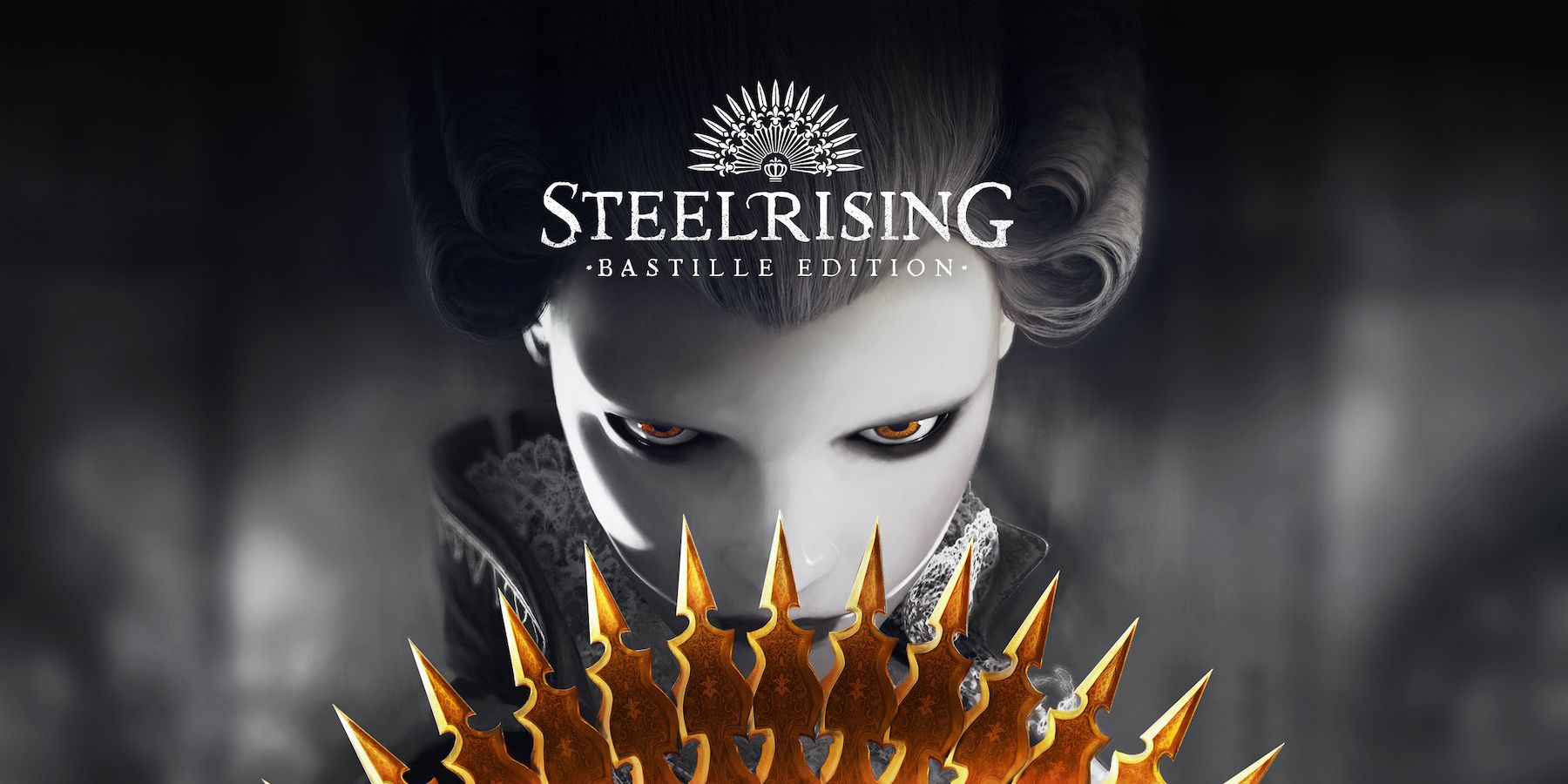 Standing out in a genre as saturated as the Soulslike genre is no easy feat, but Steelrising raises its steel to accomplish this challenge. And accomplish it does—Steelrising is one of the best Soulslikes to come out in recent years. Excellent combat, solid progression, and intuitive level design put Steelrising leagues above many of its peers.

In Steelrising, players control Aegis, an automat dancer-turned-bodyguard for infamous cake enjoyer Marie Antoinette. As Paris is besieged by her power-hungry husband-slash-king, Antoinette sends Aegis to be her eyes, ears, and exterminator in the streets, leading the resistance against the automat uprising. Not only does Aegis settle the conflict at large, but she also assists numerous allies in resolving personal issues to strengthen their resolve.

Aegis’ background as a dancer is precisely why Steelrising’s combat exceeds offerings by its contemporaries. Her attacks are graceful and fluid, swapping from barrages of quick slashes to charged attacks that deal devastating damage and knockback. She can fight on the ground or in the air, nimbly avoid enemy attacks, and weave in her own. It’s appropriate to say that combat feels like ballet – every move is precise and rhythmic.

Aside from being beautiful to watch and fun to play, combat is also well-designed on the technical end. Dodging is responsive and hitboxes are accurate. Every weapon is unique and powerful, even those available at the start, and each changes the flow of combat to be faster or slower based on the player’s preference. Aegis never feels outclassed even by enemies six times her size. This gives the player a sense of progression as they master the skills needed to take down enemy automats.

Progression itself is also well designed. Players can power up Aegis by leveling six stats, all of which affect different aspects of combat. Power and Agility increase the power of her weapons and raise Impact and Immobilization, respectively; Durability raises her health and balance; Elemental Alchemy raises her resistance to status resistances and her ability to inflict them; Vigor raises her stamina and crit multiplier; and Engineering raises various aspects, namely Armor. These stats are broad enough to enable a variety of builds, but narrow enough to not feel overwhelming.

Aegis’ progression throughout the game is tangible. Aegis feels awkward to play at first, and she gets easily staggered out of her combos. But as players strengthen her abilities and weapons, she turns into a deadly machine hunter, dishing out massive damage with each strike. Because progression is swift and scales alongside increasingly powerful enemies, players will immediately notice when they become more powerful and adept.

Every upgrade Aegis can unlock is useful; there is no wasted space in the progression system. Every stat serves a purpose – armor provides many tangible effects (and rocking Victorian fashion is always a plus) and weapons become appropriately powerful once they’re leveled up. The module system, which provides various benefits that can be swapped on the fly, gives players access to even more potent boosts. No matter how strong enemies become, players will always feel equipped to deal with them. And every enemy drops enough Anima Essence—the in-game currency—that farming and grinding to upgrade are unnecessary.

More importantly, Aegis unlocks core abilities after defeating more difficult bosses, known as Titans. These abilities are primarily used to access new areas of the maps by increasing Aegis’ maneuverability. Players can dash midair to cross large gaps, bust down walls and fences with a powerful kick, and even grapple their way up tall buildings. Better yet, these abilities are used in combat to inflict alchemical status effects, which immobilize and weaken enemies to provide more opportunities for attacks.

While combat is excellent, it’s also worth noting just how intuitive and thought-out the level design is. Although the scenery isn’t the most jaw-dropping thing since Elden Ring, it’s sufficient at capturing the vibes of a besieged Paris, blending beautiful architecture with desolation. But the layout is where Steelrising really shines. There are plenty of nooks and crannies littered with items, and they’re easy to find. Players shouldn’t struggle to locate both the hidden side paths and the main path, even without the game’s sole navigational tool. The player’s natural instincts lead them to the correct place every time.

Shortcuts are essential in Steelrising because players will revisit several locations often. That’s the essence of Steelrising’s design: don’t waste the player’s time. Everything in the game is designed to gradually decrease the time spent traveling or fighting, creating a fast-paced experience that lets players move at their pace.

The main plot in Steelrising is, ironically, not that revolutionary. Aegis is the key figure leading a ragtag group of misplaced priests, scholars, and artists who want to take down a corrupt king. Most characters are a bit one-note, but that’s not a deal breaker. Plus, the story provides enough justification to explain the presence of each major boss and antagonist, so it’s doing its job sufficiently.

As an automat, Aegis is emotionless, which means players won’t experience an award-winning performance each time she discusses the group’s next move. However, she does have her own backstory that delves into how she became what she is, which includes a surprise twist that shouldn’t have been a shock but somehow was. The story isn’t memorable, but it’s still competently delivered and, like the main story, sufficient for giving Aegis motivation to keep going.

There are a few small issues plaguing Steelrising. The jumping can be a bit finicky, sometimes resulting in Aegis getting stuck in otherwise innocuous level geometry or trapped behind an indestructible meat booth. There are a few spots where the path forward is not always clear, primarily because there’s a hidden breakable wall somewhere that blends into the scenery. And at certain points, the game drops tons of enemies in a space too small for them, creating a messy and chaotic encounter. Enemies all attack at once without waiting their turn, so these situations can become difficult.

These issues aren’t a huge deal in the grand scheme of things, however. Aegis gets so many tools to deal with everything she fights that it’s near impossible to lose. To make things even easier, Steelrising boasts an assist mode designed for casual players who want the Soulslike experience without the torture. Players can adjust stamina recovery rate, reduce damage received (even completely nullifying all enemy damage), and force Aegis to retain her Anima Essence upon death. While this mode does disable certain difficulty-related trophies, it opens the door to casual players, letting them enjoy the experience without getting pushed away by the high difficulty.

Spiders nailed the Soulslike experience with Steelrising, providing longtime fans of the genre and newcomers alike with an entertaining and innovative experience precisely tailored to their play style. There’s a lot to love in Steelrising, and each playthrough will let players discover exciting new ways to rage against the machines. Steelrising is a step in the right direction for the Soulslike genre.