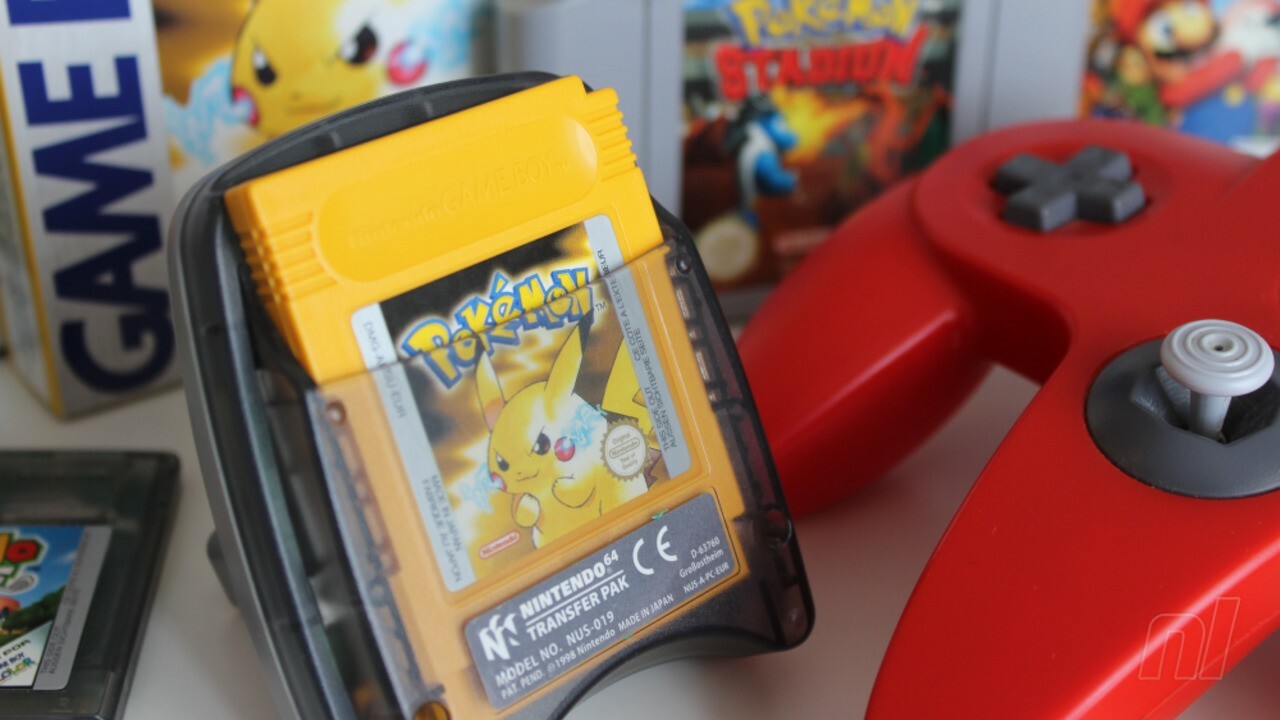 At the latest Nintendo Direct broadcast, the next batch of games coming to the Switch Online N64 service were revealed. Apart from titles like Mario Party, and the long-rumoured return of GoldenEye 007, Nintendo also confirmed Pokémon Stadium and its sequel Pokémon Stadium 2 would be coming next year.

This is the first time these particular Pokémon games will appear on one of Nintendo’s digital services. Unfortunately, it seems you can’t transport Pokémon into the Switch Online versions. In case you missed it, some fine print during the announcement revealed “Pokémon cannot be transferred to these games”:

In the original Nintendo 64 games, players were able to use the Transfer Pak accessory to upload their own party of Pokémon from the Game Boy series. Nintendo is in the process of winding down its 3DS digital services which played host to all of these Game Boy entries. It’s also currently got the Pokémon HOME service on Switch and mobile, which allows users to transfer their Pokémon across games.

While the exclusion of transfers may not necessarily be a surprise, it’s apparently got some Pokémon fans a bit upset.

Serebii.net webmaster and Nintendo Life contributor Joe Merrick explains how the 3DS Virtual Console games would not resolve this and HOME may not necessarily be a solution, either. Here’s what he had to say in a series of tweets:

So, Pokémon Stadium 1 & 2 lack connectivity with other Pokémon games on NSO, and based on my mentions, people are irate about this. Let me explain why this is the situation and isn’t an easy fix. Simply put: The Game Boy games aren’t on the Switch

Many argue “oh just use the 3DS Virtual Console games”, but that’s not actually feasible. What Stadium does is read and access the save data through the Transfer Pak and has frequent connections with it. The 3DS cannot do this with the Switch. It needs consistent connection

In theory they could potentially rig up a system to do so and take the save data but it would require a massive workload, and probably wouldn’t be out in time seeing as these are likely to drop AFTER the Nintendo 3DS eShop closes for new software downloads in March.

The next argument is Pokémon HOME. Many have brought up that HOME stores different structures now and that could allow for it, but in order to do that they’d need to convert every Pokémon AGAIN to allow for the format of Pokémon in Gen 1 and Gen 2. Last time it took days

There’s also the factor of it needing to interact with the NSO save file which contains ever increasing amount of games. I’m not entirely sure how connectivity between Stadium N64 and Pokémon HOME would work as HOME’s servers aren’t Nintendo’s. It’d require a lot of rework

Merrick signed off by saying how one possible solution could be if the Game Boy (and the retro Pokémon games) were added to the Switch Online service. On a more positive note, these new versions of the games will support online multiplayer.

Earlier this year, there were reports of Nintendo apparently testing N64 and Game Boy connectivity for the Switch Online service. And evidence of a Game Boy emulator for Switch Online has also been reported.

How do you feel about transfer support being excluded from the NSO versions of Pokémon Stadium 1 & 2? Do you think Nintendo could potentially patch this in later down the line? Share your own thoughts down below.