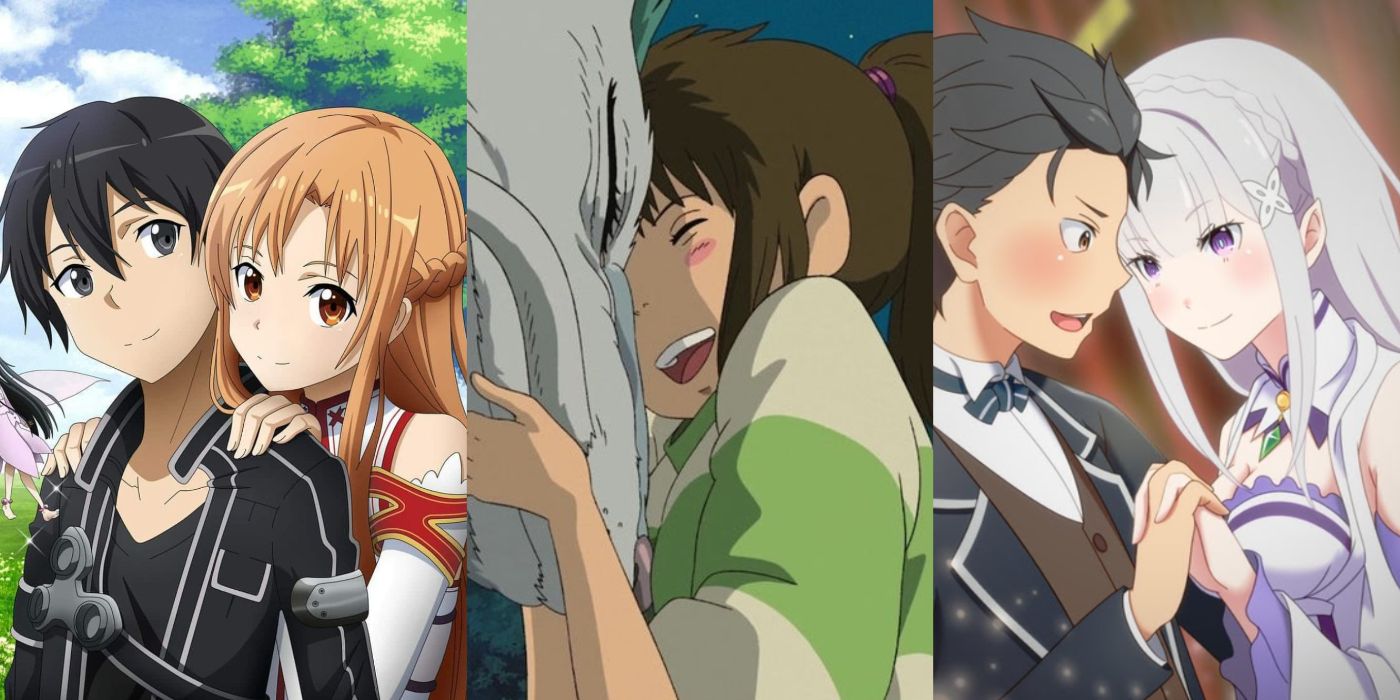 Romance is a big part of just about all anime. Even the more action-packed genres have a romantic subplot added in, creating an extra layer of emotion in the story. Isekai is a rising anime genre that often includes a hefty dose of romance. While the genre usually plays up the harem trope, this isn’t always the case.

RELATED: The 10 Most Wholesome Ships In Isekai Anime, Ranked

In fact, many iconic duos have formed over the years, showing that there’s much more to isekai romance than the usual cliches. Many couples within the genre are loving and supportive, working together as a team as they bring out the best in each other. Isekai romance has a bad reputation, but these couples prove that the genre can tell a great love story.

Hinata Tachibana and Tsukasa Jinguuji are two best friends who couldn’t be more different. They make for an even stranger pair after they find themselves isekai’d into a fantasy world, where Hinata has reincarnated into a cute and irresistible girl. Despite this sudden change, the two are still as close as ever, though now they’re beginning to develop feelings for each other they never noticed before.

While these two don’t become an official couple, it’s clear there’s something between them. Either way, they don’t let these feelings or their circumstances get in the way of their strong friendship, which acts as the focal point of the series.

9 Sakura & Syaoran Are Close From The Start (Tsubasa: Reservoir Chronicle)

Given its connection to the beloved classic Cardcaptor Sakura, it’s no shock that Tsubasa Reservoir Chronicle‘s Syaoran and Princess Sakura are meant to be from the start. When they’re first introduced, viewers can see that they already have an incredibly close and loving bond, growing up together as childhood friends.

It’s also clear that the two feel more than just platonic love for each other. Unfortunately, their love is cut short when Sakura loses her memories, but that doesn’t stop Syaoran from caring for her. Even with everything against them, the young couple does everything they can to stay together and keep each other out of harm’s way.

Anime fans are divided when it comes to the infamous Sword Art Online. Many love it, while plenty of others hate it, but either way, everyone has a strong opinion on everything about the series. That includes the relationship between the two leads, Kirito and Asuna.

Many could argue that Kirito and Asuna are an overrated anime couple. While that might be so, it’s hard to deny that they’ve developed a very healthy and loving relationship throughout the series nonetheless. They’ve been together from the start and have formed a strong bond of trust after all they’ve been through. Every obstacle just makes them stronger, and now they’ve become an unstoppable duo that fans can’t help but praise.

7 Kagome & Inuyasha Accept Each Other, Despite Their Faults (Inuyasha)

Many fans have argued in the past that Inuyasha and Kagome have a toxic relationship, which isn’t always wrong. It’s no secret that throughout Inuyasha, the pair do a lot of bickering and often hurt each other deeply. Despite this, Inuyasha and Kagome’s romance is honestly one of the best of the series.

It may have its rough patches, but it develops slowly from the start, with Inuyasha and Kagome coming to accept each other, faults and all. By the end of the series, the two have a deep understanding of each other and are able to overcome many of their past struggles. They aren’t perfect, but they put in the work to lead a happy relationship.

There are many great couples in Magic Knight Rayearth, but few come close to the compelling romance between Hikaru Shidou and Lantis, the younger brother of Lord Zagato. Initially, there’s a lot of tension between the two, and Hikaru can’t help but feel intense guilt for her role in Zagato’s death.

As Hikaru and Lantis get closer, they overcome their pain and grief together, and Lantis’ forgiveness allows Hikaru to finally forgive herself. By the end of the series, they form an incredibly close bond, and Hikaru comes to trust Lantis just as much as her fellow Magic Knight, Umi and Fuu.

Anyone who’s watched My Next Life as a Villainess knows how irresistibly wholesome it is. From the story to the cast, there’s nothing about it that viewers don’t love. But above all else, the adorable relationship between Katarina and her friends is truly the shining star of the series.

Each character’s life has changed completely since getting close to the lovably dense protagonist, and they’ve all completely fallen head-over-heels with her kind heart and warm personality. Every member of Katarina’s harem has impeccable chemistry with her, to the point where it’s hard to choose which couple is the best.

From the very start of Re:Zero, Natsuki Subaru and Emilia have a very special bond. They’re able to accept each other in ways no one ever has before, and they quickly become close friends. Though they have a solely platonic relationship most of the series, it’s clear that both of them feel much more than that.

Despite all the suffering Subaru endures, Emilia remains a constant in his life and acts as an anchor for him. Meanwhile, he gives Emilia the love and affection she’s longed for all her life. Their love blooms through mutual trust and understanding as the two support each other through every obstacle they face.

Like the rest of the cast in Angel Beats, Otonashi first mistakes Kanade as their enemy and works with the SSS to defeat her. However, it doesn’t take long for him to see her for who she really is, and the two slowly become friends and eventually fall in love. Unfortunately, their happiness doesn’t last as everyone begins to move on from the afterlife one by one.

In their final moments together, Otonashi confesses his true feelings to Kanade before she too fades from existence. Though their time together is short, they have a strong and loving bond that even death can’t overcome.

Miss Kobayashi’s Dragon Maid is a wholesome reverse isekai series, featuring a group of cute dragon girls who come to live with a human named Kobayashi. From the very start of the series, Kobayashi catches the eye of one of the dragons, a bubbly and energetic girl named Tohru.

Though it’s not entirely clear what kind of relationship Tohru and Kobayashi have, there’s definitely some romantic tension between the two, especially as Kobayashi warms up to her. Throughout most of the series, they feel like a sweet married couple, often doing many mundane domestic things together. Their relationship is one of the cutest in the genre, and many hope for them to become a true couple.

Spirited Away is a masterpiece film by the acclaimed Studio Ghibli, and it’s one of the most beloved isekai of all time. One of the best aspects of the film is the sweet and compelling relationship between protagonist Chihiro and the mysterious Haku.

All throughout her journey, Chihiro is supported and protected by Haku, and the two form an incredibly close bond in the short time they spend together. While Haku does everything he can to help Chihiro get home, she then helps him by recovering his name and true identity. Though they’re forced to part in the end, their time together changes them both, and their love saves the day.