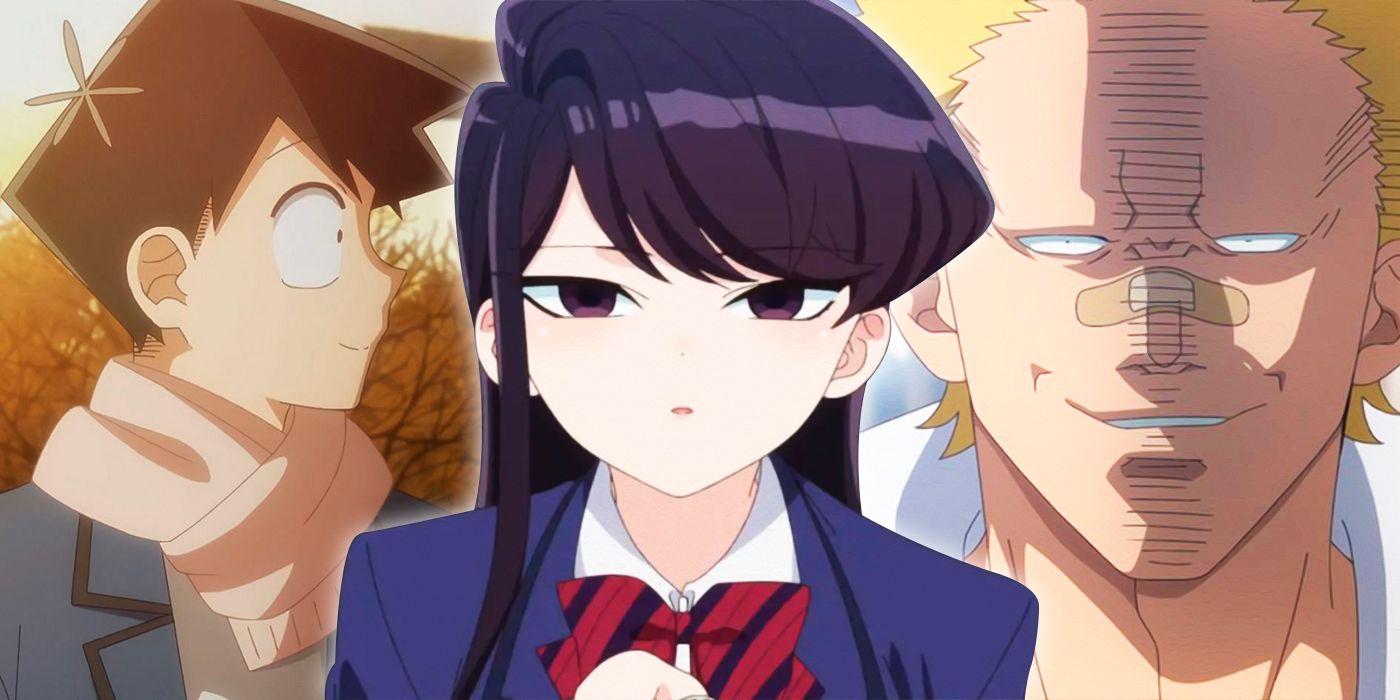 Komi Can’t Communicate is a popular high school anime series on Netflix based on author Tomohito Oda’s ongoing shonen manga series of the same name. Season 1 of the Komi anime established the heroine Shoko Komi as a shy but lovable dandere character who set herself the goal of making 100 friends before graduating from high school, thus launching her wholesome slice-of-life adventure.

Meanwhile, Season 2 took everything that make Season 1 so wonderful and pushed it all to the next level. Season 2’s episodes introduced new friends for Komi and Tadano, and they had all kinds of adventures together in school, at the mall and even in Kyoto’s picturesque city streets. Four particular plot twists, meanwhile, showed just how far the character arcs of the Komi anime have come, and they also hint at what future seasons may have in store.

Early in Season 2, a brand-new character made his debut: the tall, burly Makoto Katai. On the outside, he had the menacing aura of a Tokyo Revengers-style delinquent like Draken, but in reality, Makoto is a shy, kind and soft-spoken boy who has a lot in common with Komi, who he soon started looking up to. Neither Komi nor Tadano knew what to make of Makoto at first, but they soon learned to appreciate his gap moe nature and befriended him.

Tadano went first, recognizing Makoto as another boy with a kind soul, and they started spending time together while Komi watched curiously. When the time was right, Komi befriended Makoto as well, and ever since, Makoto has served as yet another thing Tadano and Komi have in common. This helped reinforce the anime’s wholesome tone and set up some amusing plot twists for later, such as Makoto and Tadano going ice skating together and exchanging chocolate gifts on Valentine’s Day.

A little later in Season 2, Komi’s class got ready for an exciting field trip to the culturally rich city of Kyoto. Normally, Kyoto school trips are an anime cliché in series such as Assassination Classroom and the Mahou Sensei Negima! anime, but in Komi Can’t Communicate, this is a vital character development opportunity. Hitohito Tadano politely offered an invitation to Komi, asking her to join the rest of their class on the trip.

Komi declined at first, recalling unpleasant middle school memories of being totally left out during school trips. However, this time, she found the courage and mental strength to say yes, pushing herself to try this once again and make some friends this time around. Komi saw the Kyoto trip as a personal challenge, and that boldness showed just how far she has now come. This isn’t the same shy girl who ran away from everything in the first few episodes.

RELATED: Toradora! Quietly Gave Away Its Ending as Early as Episode 2

Despite her trepidation, Shoko Komi had a wonderful time on the Kyoto school trip, and not just because of the tourist attractions and food. Along the way, some new friendships took root, including Komi bonding with the two other girls in her group: the stern, glasses-wearing Mikuni Kato and the goofy, lively Ayami Sasaki. At first, the three of them sat together in awkward silence on the train, but as the Kyoto trip got into high gear, the girls relaxed and started having fun together, acting as though they’d known each other for years.

In fact, this was Komi’s first real opportunity to engage in some girl talk, and even if Komi got embarrassed when asked about her crush, it was evident that part of her enjoyed all this. It was also an excellent example of Komi showing that she’s capable of making friends all on her own, without needing Tadano or Najimi to introduce her to people, marking significant progress in her character arc.

Valentine’s Day is another rom-com staple bordering on being a tired cliché, but the wholesome, heartfelt story of Komi Can’t Communicate worked its magic and turned this two-part holiday into something special. When it was time for Komi and the other girls to deliver chocolates, Komi gathered her courage and asked her friend Nene Onemine to help her make homemade chocolate treats. Komi is a very thoughtful girl, after all, and she greatly prefers personal, meaningful gestures over buying expensive but impersonal gifts for everyone. She waited until the last moment to give Tadano his share of the chocolates, but the wait was worth it. All this helped show once again what a proactive and sentimental person Komi really is, and Tadano returned the favor on White Day.

Amusingly, Makoto became Tadano’s unofficial secondary White Day date, with Tadano’s little sister Hitomi convinced that Tadano and Makoto were secretly a gay couple in the works. That wasn’t actually the case, but the two boys are certainly good friends, and they grew even closer during the romantic holiday. Komi has gotten good at making serious friends, and for that matter, so has Tadano. His plain face and boring personality aren’t much of a deterrent after all.