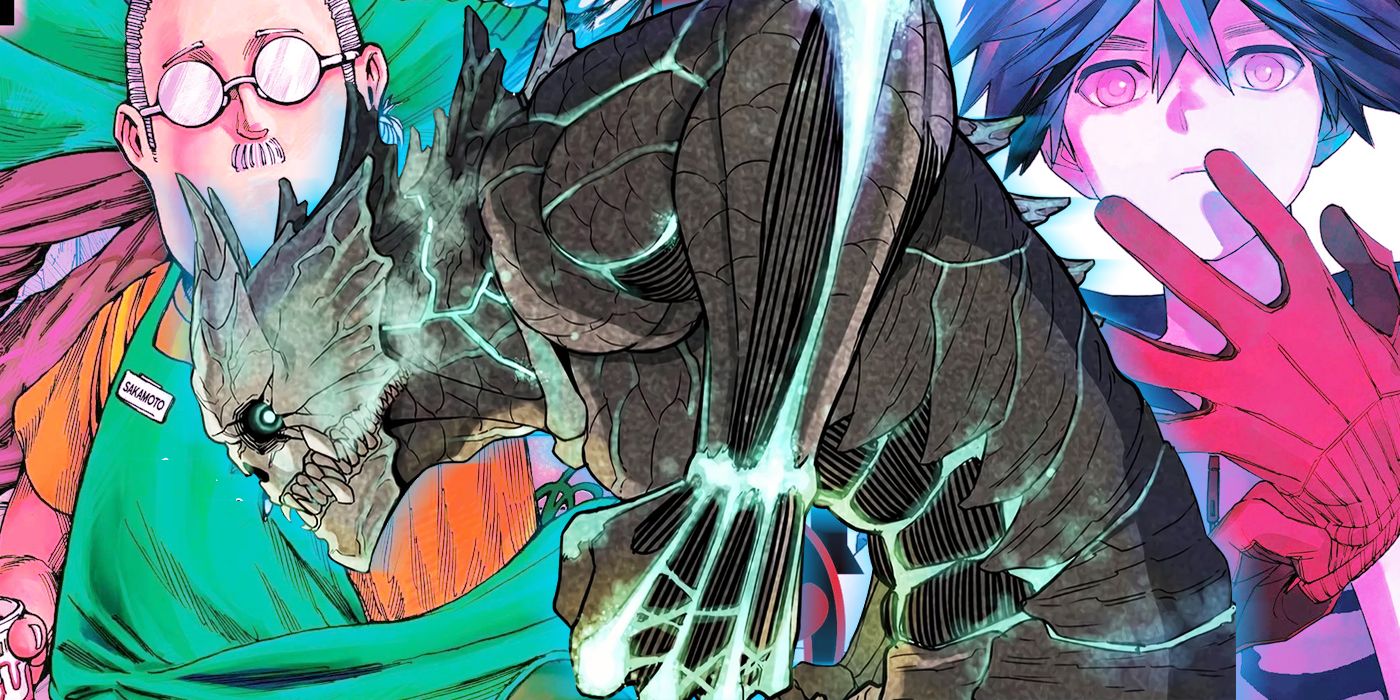 The shonen manga demographic has been responsible for some of the most popular series worldwide, including the legendary “Big Three” consisting of Naruto, One Piece, and Bleach, as well as new hits like Demon Slayer and Jujutsu Kaisen. As broad as this demographic is, there are plenty of high quality manga that have unfortunately fallen to the wayside when compared to the aforementioned bestsellers.

It should come as no surprise that shonen manga is more than just action-packed fights and outrageous power scaling. In fact, there are plenty of underrated shonen manga currently being published that deserve a chance in the spotlight that shonen fans may not realize they’re missing out on.

Kemono Jihen, created by Sho Aimoto, is a particularly great choice for fans of darker shonen series like Jujutsu Kaisen. The story follows Kohachi Inugami, a detective who specializes in paranormal activity, as he traverses to a rural village in the Japanese countryside. After being tasked by a local hostess to investigate mutilated livestock, inugami comes into contact with a peculiar young boy called “Dorotabou” due to his pungent smell. Inugami enlists Dorotabou to assist him in his investigation, and soon, Dorotabou is exposed to a strange world filled with beast-like entities known as “Kemono”.

Kemono Jihen easily became a dark horse in the Winter 2021 season, as its well-produced anime adaptation fell under the radar due to the release of highly anticipated continuation of Attack on Titan. Despite its quiet release, the original manga is an excellent paranormal action series with a charming cast of characters and gorgeous artwork. The anime adaptation is of high quality as well, and serves as a competent entry point for the series.

Naoya Matsumoto’s Kaiju No.8, which has been recently confirmed for an anime adaptation, is an exciting sci-fi action series that subverts established tropes seen in other shonen manga. Not only does it break expectations with its underdog story, it also features a lead protagonist that is in his thirties. Kaiju No.8 follows Kafka Hibino, a man who once possessed lofty ambitions of becoming a member of Defense Force — a group that works to exterminate kaiju threats across Japan. His childhood friend, Mina Ashiro, has accomplished this goal and has become famous among the Defense Force’s Third Unit.

Unfortunately for Kafka, he’s only managed to become a member of Monster Sweeper Inc., performing the much less exciting work — cleaning up the messes that the Defense Force leaves behind. In an unexpected twist, a monster flies into Kafka’s mouth, bestowing him with monstrous powers and morphing his body into that of a kaiju. Dubbed “Kaiju No.8” by the Defense Force, Kafka is somehow able to retain his humanity while in this new form, and decides to use his new gift to achieve his dreams.

Kaiju No. 8 stands out in the realm of shonen, as it is one of the rare series in which the main character is a grown man. Not only that, Kaiju No. 8 succeeds in telling a compelling kaiju story with plenty of action, while simultaneously taking its time to thoroughly develop its cast. With an anime officially announced, there’s no better time to get caught up with Kafka’s adventures in Kaiju No. 8.

Unexpectedly, Chinatsu moves in with Taiki’s family when her parents travel abroad for work. Now that the two of them have become housemates, Taiki aims to develop their relationship and confess his feelings while they both strive to take home national championships in their respective sports.

While not action-packed or philosophically deep by any means, Blue Box is an entertaining sports romance that serves as the perfect break from what’s currently expected from shonen manga. With a refreshing art style and a lovable cast of characters, Blue Box is a heartwarming tale of human connection, following two young people supporting one another in accomplishing their goals. In 2021, Blue Box was nominated for the seventh Next Manga Award. While it ended up getting 8th place, the series did take home the Global Prize.

From the former assistant of Chainsaw Man‘s Tatsuki Fujimoto, Yuji Kaku’s Hell’s Paradise: Jigokuraku is a horrific, blood-soaked survival story. Set in the Edo Period, infamous criminal Gabimaru the Hollow is captured and sentenced to death — however, no torture or brutality seems to be enough to destroy his superhuman body. Firmly believing that his unwavering love for his wife is what’s keeping him alive, renowned executioner Yamada Asaemon Sagiri gives him the opportunity to be pardoned from his crimes if he can recover the elixir of life from the remote Shinsenkyo, a legendary realm recently discovered.

Curiously, the expedition teams sent to the island have all vanished, leading the Shogunate to send in a team of death row convicts. Each convict is assigned an executioner, who they must return with in order to receive their pardon.

Initially seeming like a standard death game series, Hell’s Paradise quickly subverts this expectation by introducing horrific monsters that threaten both the criminals and their executioners, forcing these opposing forces to work together for their survival. Body horror and violence isn’t the only thing Hell’s Paradise has going for it, as it’s clear mangaka Yuji Kaku deeply loves the characters, and the bonds built between the cast is just as essential and important as the horrific setting.

Similarly to Chainsaw Man, it’s been announced that Hell’s Paradise: Jigokuraku will be receiving an anime adaptation from Studio MAPPA. While there is currently no release date for the adaptation, the manga has been completed, with thirteen volumes available in print and digital.

One of the newest additions to Shonen Jump Magazine‘s lineup, Yuto Suzuki’s Sakamoto Days is the perfect series for fans of Spy x Family to jump into. Following the titular Taro Sakamoto, an unrivaled hitman turned convenience store owner and family man, Sakamoto Days follows the very funny and action-filled life of the retired assassin. Although Sakamoto has put his days of being a hitman behind him, the life he left behind still follows him, and his normal life is interrupted when other hitmen begin pursuing him. Enlisting the help of Shin, a young man with the power of telepathy, Sakamoto vows to protect his average life — or die trying.

With punchlines just as good as its fist fights, Sakamoto Days expertly blends action comedy with family slice-of-life. Although Sakamoto is a man of few words, he stands out as an incredibly powerful, yet humble protagonist. His dedication to his family is heartwarming, just as much as his superhuman fighting prowess is terrifying.