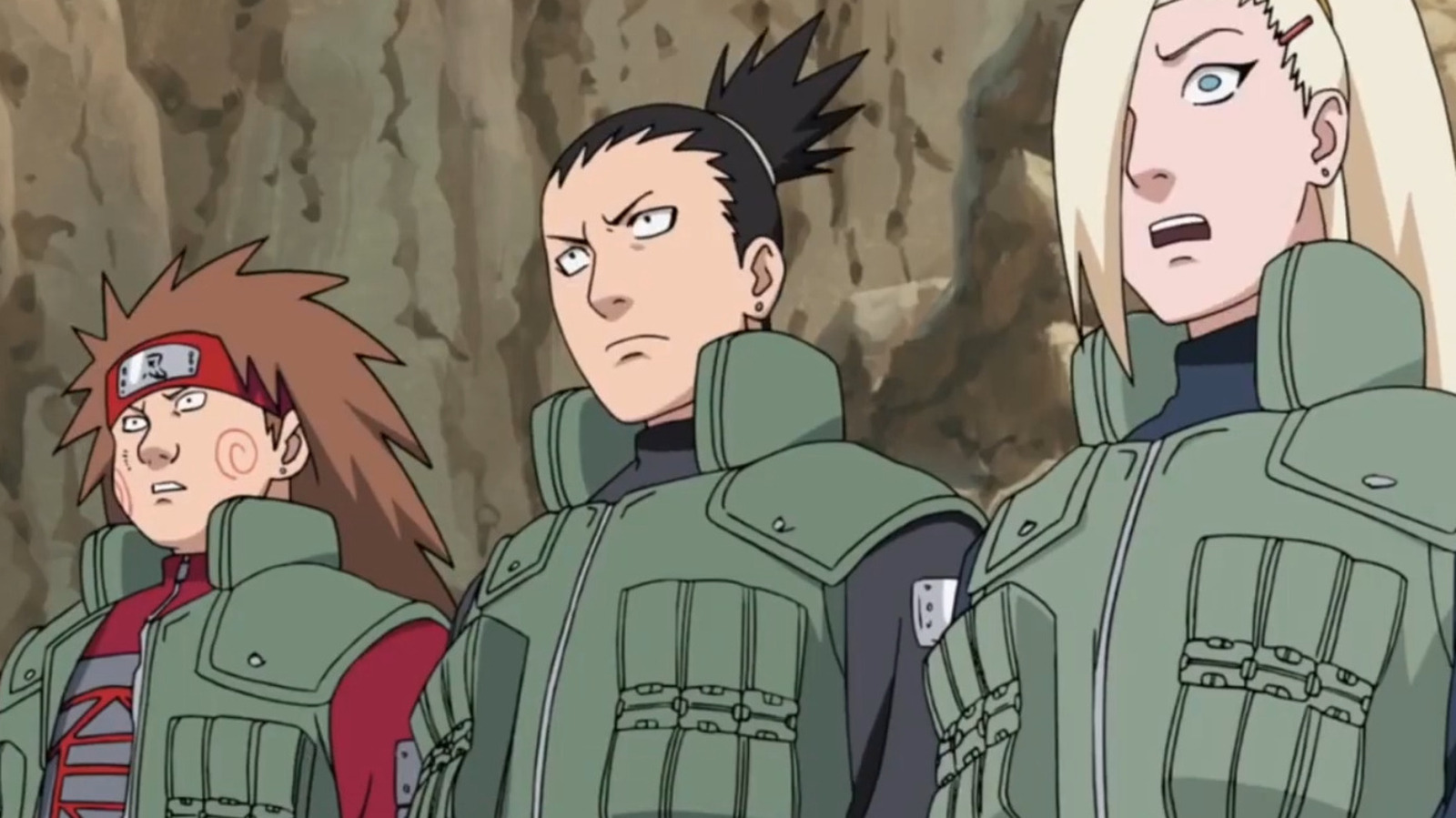 Ino is a prodigy of the Yamanaka Clan and, by “Shippuden,” even becomes an adept medical ninja. But compared to her partners, Shikamaru and Choji, in “Naruto,” she might not be considered the strongest of the three. And really, it’s because her clan’s abilities aren’t the best suited for head-on combat. Ino’s primary skill is the Mind Body Switch Technique, which allows her to possess another person (via Narutopedia). But the trade-off is that the possession leaves her body in a completely vulnerable state. As seen in the pages of Naruto Manga Chapter 534 (via Viz), Ino can evolve her family technique to take over multiple targets, but doing so causes her body to slump onto Shikamaru’s back unconsciously.

Her other team members don’t have to deal with such a huge setback. In fact, Shikamaru and Choji have shown off their impressive prowess in fights compared to Ino. With the ability to grow his body immensely in size, Choji could probably bat away enemies with a giant fist like a swatter to flies. And sure, Shikamaru’s shadow manipulation isn’t too threatening on its own. Fortunately, his strategic mind makes any battle scenario seem like a simple game of Shoji. Any enemy thinking Shikamaru is easy prey should ask the buried head of Hidan before picking a fight. Basically, Ino needs her teammates to win a colossal brawl, but don’t think for a moment that diminishes her usefulness.