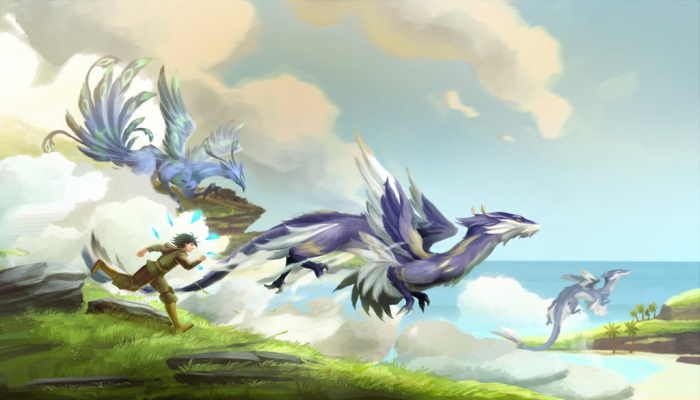 Untamed Isles, a self-described pay-to-earn MMORPG, has been put on hold, according to a statement (via Eurogamer) made by the developers today.

Despite announcing a release date of October 6th earlier this month, the developers behind the MMONFT title Untamed Isles have announced that their game will be put “on hold.” The reason? The current crypto market crash the industry is experiencing. However, despite this, the team states that they still plan to release Untamed Isles someday once the market has improved.

“Today I want to share extremely sad news with you all. We have to pause the development of Untamed Isles and put the project on hold. With a heavy heart, we made this decision and we understand our amazing community will be shocked reading this.

Fighting every day against an inevitable current because of the promise I made when we embarked on this journey. A promise I will still intend to keep, but not one that I now have the ability to decide the timeline to. There have been a myriad of factors that have caused the lead-up to this very moment but what this all comes down to is that we are unable to financially keep up with the demands of what we set out to do.”

The team says that since they started work in 2020 on the MMORPG, the crypto market has changed “dramatically.” This crash the market is going through now has seen the funding effectively dry up. They state that when the crypto crash started, they were “heavily exposed with too short of a runway.” The team describes a situation where the crypto funding was “essential” in funding the project, and with those funds now dried up they are unable to continue.

“We leaned into the crypto market and expanded rapidly off the back of the positive interest. When the crash came, we ended up heavily exposed with too short of a runway. The game remains game-first, crypto-second in design, but crypto funds have become, and remain, essential in getting us to the release. Unlike many of the projects that have foundered in the storm, we actually have a great game design that could stand on its own two feet. But until the crypto situation is resolved – and we’re confident it will be at some stage – then we have to hibernate development on this project.”

The team is stopping short of calling the project “canceled,” as they hope they can bring it back when the funding situation works itself out. However, because this was also a Kickstarter, the subject of crowd-funded money being refunded is bound to come up. The developers are attempting to head that off early, stating that because their warchests are empty, they are unable to refund Kickstarter pledges. The wording about the future of the product can also, cynically, be seen as a way of staving off issues with refunds since they can point to the prospect of development picking back up at some point.

As you might expect, this hasn’t gone over well with backers of the project, and it feels a little too reminiscent of another Kickstarted MMO that isn’t refunding its backers (and has seemingly run out of money) after it “canceled” itself: Chronicles of Elyria. This frustration is compounded more when it’s been reported in the community (and backed up seemingly by Untamed Isles’ own FAQ) that those who bought pre-order packs through sites like Steam would be receiving refunds.

It also doesn’t help that those Steam users were left in the dark about the cyrpto mechanics in the MMORPG, as the game page makes no mention of the blockchain. And given Valve’s ban on blockchain games, it’s not surprising that wouldn’t be on the storefront copy.

In another statement today, Phat Loot Studios (Untamed Isles’ developer) stated that none of the funds raised were put into crypto (despite the team stating they “leaned into the crypto market” in the initial statement). The team mentions that crypto investors pulled out of the project when the crash started to occur, stating that this all happened after the early access launch announcement this month. They maintain that the funding was used entirely to fund the game development of Untamed Isles, stating that Phat Loot Studios has a team of 7- full-time staff on hand working on the MMO.

The statement also blames negative media attention surrounding NFT-based games as a reason for slow pre-order traction. Despite this, the addendum statement mentions that the team is still looking for ways to launch the title down the road, though it will still have the crypto elements in place when it does.