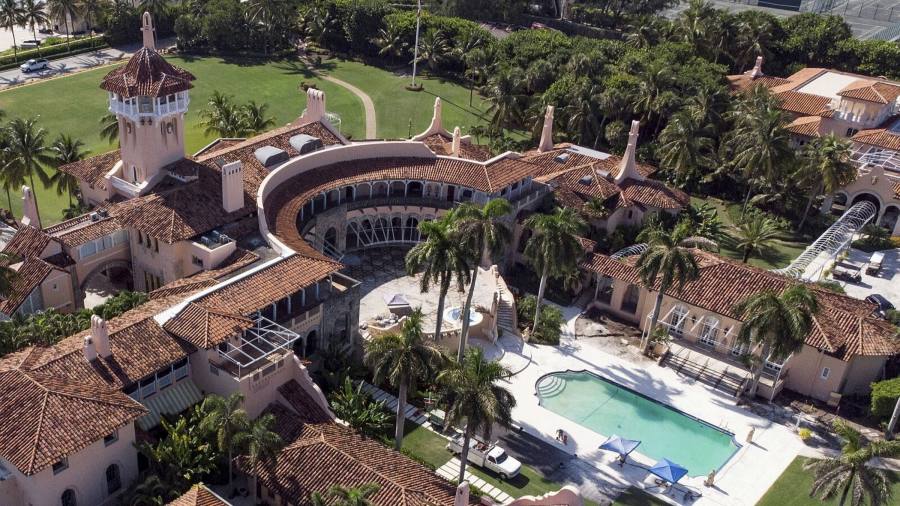 The US Department of Justice has opposed the release of an affidavit detailing the reasons for last week’s search of Donald Trump’s Mar-a-Lago estate, arguing that doing so would jeopardise the criminal probe involving the former president and expose witnesses in the case.

The opposition by federal prosecutors came in a court filing responding to efforts by US media organisations to have the document unsealed. It also defied mounting pressure from Republican lawmakers to make the affidavit public, amid an outcry across conservative America about the government’s motives in searching the former president’s home.

However the justice department said that releasing the affidavit, which served to justify its request for the search warrant to a federal judge, would “cause significant and irreparable damage to this ongoing criminal investigation”.

The DoJ said the document included “highly sensitive information about witnesses, including witnesses interviewed by the government [and] specific investigative techniques”.

“If disclosed, the affidavit would serve as a road map to the government’s ongoing investigation, providing specific details about its direction and likely course, in a manner that is highly likely to compromise future investigative steps,” it added.

Last week, the FBI took the unprecedented step of searching Trump’s Mar-a-Lago home in Palm Beach, Florida, as part of an investigation into the mishandling of a trove of government documents — including highly classified material — that he had retained since leaving the White House.

Trump has denounced the investigation — which centres on possible violations of federal laws regarding the treatment of information related to national defence, the obstruction of justice and the handling of government records — as a politically motivated stunt.

On Monday, he complained that federal agents had seized his passports as well as boxes of other material. “Wow! In the raid by the FBI of Mar-a-Lago, they stole my three Passports (one expired), along with everything else,” Trump wrote on Truth Social, his social media channel. “This is an assault on a political opponent at a level never seen before in our Country. Third World!”

Although the justice department last week agreed to unseal the search warrant and a list of items recovered from Mar-a-Lago, it said releasing the affidavit would be a fundamentally different act and pointed to the fact that the probe involved national security.

“Disclosure of the government’s affidavit at this stage would also likely chill future co-operation by witnesses whose assistance may be sought as this investigation progresses, as well as in other high-profile investigations,” the justice department said. “The fact that this investigation implicates highly classified materials further underscores the need to protect the integrity of the investigation and exacerbates the potential for harm if information is disclosed to the public prematurely or improperly,” it added.

Over the weekend, members of the Senate intelligence committee asked the justice department to provide them with the affidavit in support of the FBI search in a closed-door setting, as well as any information on the threat to national security posed by Trump’s mishandling of the documents.

Republicans reacted angrily to the effort to keep the document under wraps. “Why won’t the DoJ make the search affidavit public? What are they hiding?” Marsha Blackburn, Republican senator from Tennessee, wrote on Twitter.