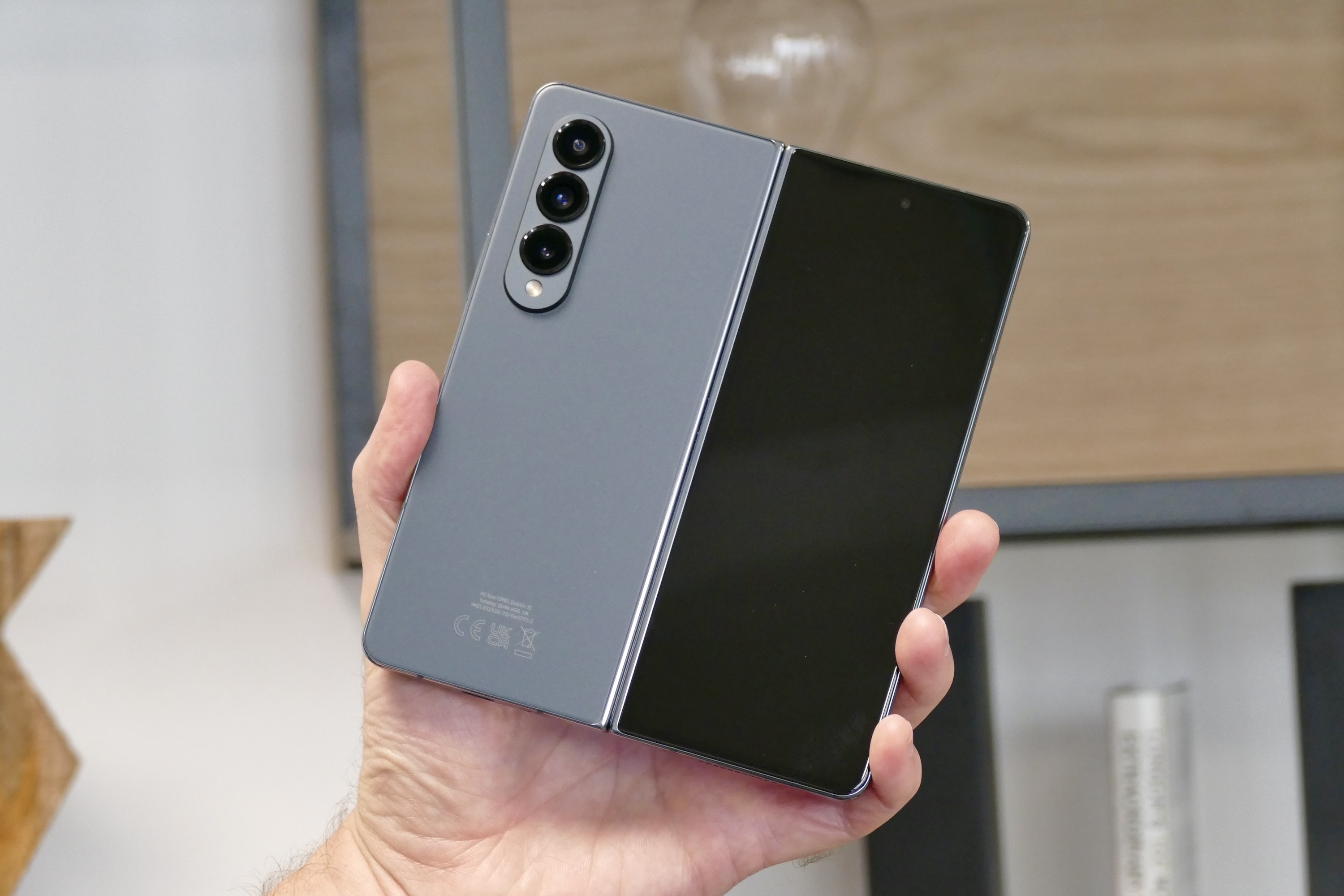 With its boosted specs and cutting-edge tech, the Samsung Galaxy Z Fold 4 is no doubt an incredible achievement in the competitive and fast-paced mobile device market. It has better screens, a newer chipset, upgraded cameras, and more.

However, while it may represent a major refinement of Samsung’s flagship foldable phone, the Fold 4 hasn’t quite convinced me that foldable screens are more than an (admittedly very cool) novelty. Here are a few reasons why.

I don’t need a bigger screen

My Samsung Galaxy S22 Ultra is already a big phone with a big screen, and I can think of few situations where having an even bigger screen would be more than a very minor advantage. It would make writing emails, editing photos, and reading webpages on the go mildly easier and more enjoyable, but the Fold 4 wouldn’t revolutionize the way I use my phone.

For me, a tablet is a very specialized device that I use for very specific purposes (primarily for flying drones). It’s also nice for running the Ultimate Guitar app, but that’s pretty much the extent of my use for tablet-sized screens. For everything else, my S22 Ultra is the platform of choice, so I have little reason to upgrade to the Fold 4 — particularly considering the other caveats inherent in folding folds. Speaking of which…

The fundamental — and inevitably fatal flaw — of folding screen devices is that they necessitate moving parts. And moving parts means more points of potential failure. Essentially, every time you fold or unfold the Fold 4, you use up a small percentage of the phone’s lifespan. The hinge mechanism, the screen material itself, and the screen protector are susceptible to wear and tear. And the only question is which will go first.

To Samsung’s credit, it rates the Fold 4 for 200,000 total folds, or about 100 folds per day during five years of use. It’s significantly more durable than Samsung’s original foray into the foldable world, but there’s still an added durability concern compared to non-folding phones.

Beyond standard wear and tear, I’m skeptical that the Galaxy Z Fold 4 would stand up to the punishment I would subject it to. As I’m writing this article, I’m sitting out in the goat pasture on my farm. Be it phones, computers, headphones, or cameras, I require that they conform to my lifestyle — not the other way around. Every phone I’ve ever owned has survived this abusive treatment, but I am positive a foldable would not. A few grains of sand in the delicate gears of its hinge, working their way up under that folding screen, and it’s game over.

This is evident in the Z Fold 4’s IPX8 rating. The phone is rated to survive up to 1.5 meters of water for up to 30 minutes, but when it comes to dust/sand, there’s zero official protection. And for me, that’s a problem I can’t overlook.

A camera system that has me wanting more

Considered on its own, the Fold 4 camera array is decent, with a 50MP main camera and 12MP telephoto and ultrawide cameras. However, my S22 Ultra has a 108MP main camera, which is accompanied by ultrawide, telephoto, and super telephoto cameras. By comparison, the Fold 4 cameras are mediocre, and in such an expensive device, it’s inexcusable in my book. As someone who uses all four of the S22 Ultra’s cameras every single day, trading its camera array for a folding screen just isn’t an option.

There’s no getting around the $1,800 price point of the Fold 4. That’s more than my S22 Ultra and iPad Mini 6 combined, and I’d actually rather have my phone and tablet as separate devices. If the Galaxy Z Fold 4 was within a couple of hundred dollars of the S22 Ultra, then I would be much less critical of it. But as it stands, there’s no way I could justify the steep cost of the Fold 4, even if I was really eager to own a folding phone.

On the Flip side

The Samsung Galaxy Z Flip 4 represents a more practical implementation of foldable screen technology by actually folding down smaller than a typical modern smartphone. As someone who grew up with flip phones, I miss that compact clamshell design. Also, the Flip 4 is much more reasonably priced at $1,000. That’s still a lot more than a traditional smartphone with comparable specs, but not by nearly as much as the Fold 4.

However, the durability caveats of having moveable parts in a mobile device still apply. Both the Flip and the Fold remain as sand-phobic as Anakin Skywalker, and that just doesn’t work for me.

I’m not ready to join the foldable bandwagon quite yet

While foldable phones aren’t for me, and as skeptical as I am of the technology behind these devices, I still get the appeal. The first time I tried out a folding screen, I was enchanted by the novelty of bending an object that, in my prior experience, has been utterly inflexible. There’s a definite cool factor to contorting a display into a seemingly unnatural shape, and a lot of fun to be had in playing with the software built around this mechanism. Nevertheless, time will tell if foldable devices move beyond a mere gimmick, or if they are yet another fad.